"Exploring The Elements"--to Santa Fe and back...

After being sidelined by a trail-running injury, and then busy with winter quarter teaching, I'm back--back to running (!) and, finally, posting again...

Earlier today, I was nominated by Kathryn Cooper (founder of the weekly twitter #travelpics chat and blogger/photographer on antitouristtraveler.com) to take part in the Thomas Cook "Explore the Elements" Travel photoblogging challenge...
A couple of weekends ago, my wife and I took a little road-trip up to Santa Fe, and I'd been meaning to post a few photos...so, with today's nomination, (Thanks, Kathryn!), I've decided to limit this 'elemental exploration' to just four shots from that long weekend--a distillation of sense-of-place via mobile photography. (All photos below taken with an iPhone5s.)

In this snowy Santa Fe streetscape--the oldest house in the U.S., an adobe structure, dating to at least the mid-1600's, built literally out of the earth. "Adobe," one of civilization's earliest building materials, has an ancient etymology going straight back to Egypt of 2000 BCE; the word entered English via Coptic, Demotic, Arabic, and finally Spanish. 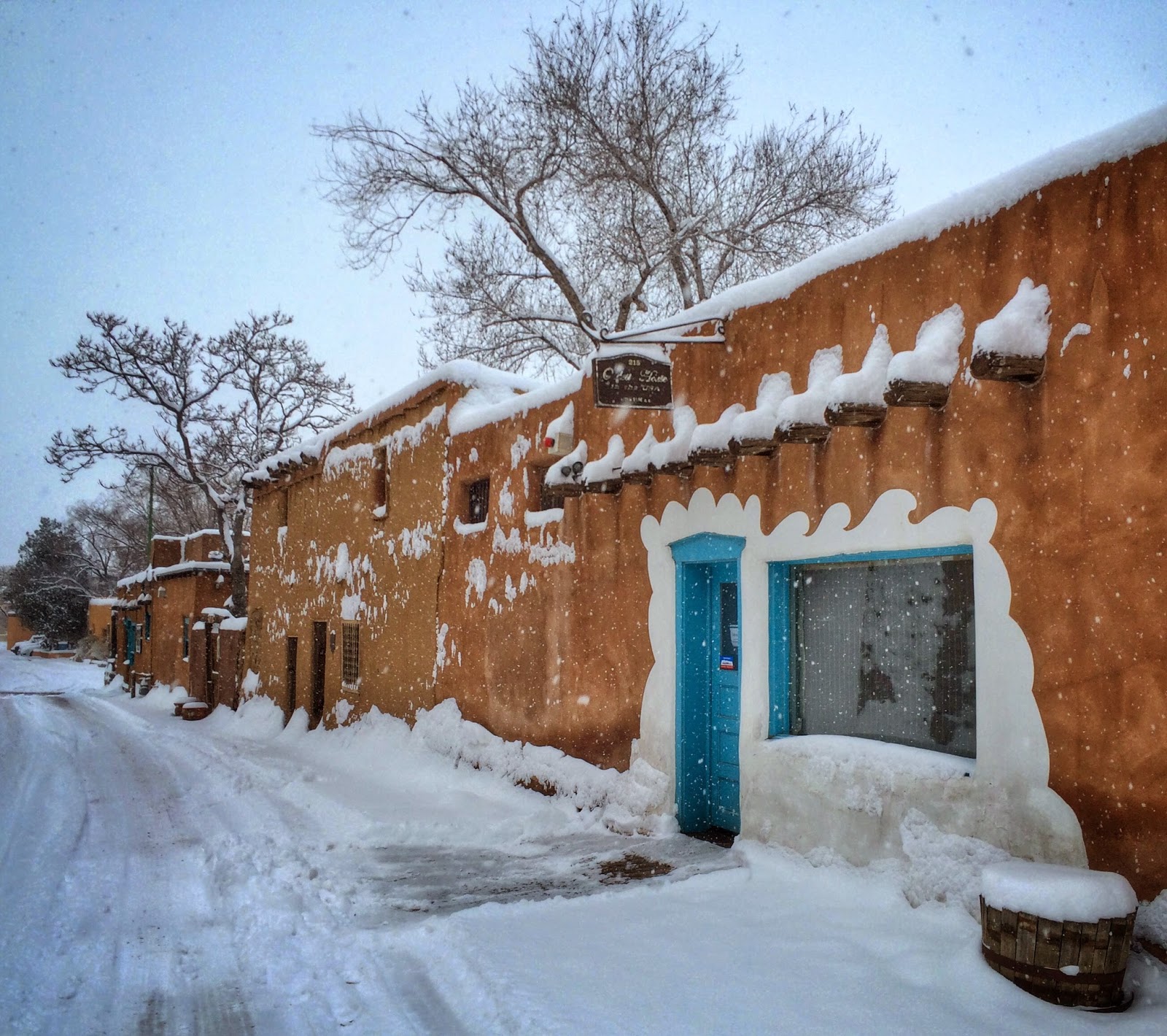 Few cities in the U.S. are as imbued with a 'sense-of-place' as New Mexico's four-century-old capital...

On a winter day, waiting for a capsaicin-laced meal inside Santa Fe's legendary "The Shed," warm up by the corner kiva, or 'bee-hive', fireplace. (It was 16 degrees outside the day we ate here!) The building that houses this James-Beard-award-winning restaurant dates to the 1690's, and the red chile is among the best you'll ever have anywhere. 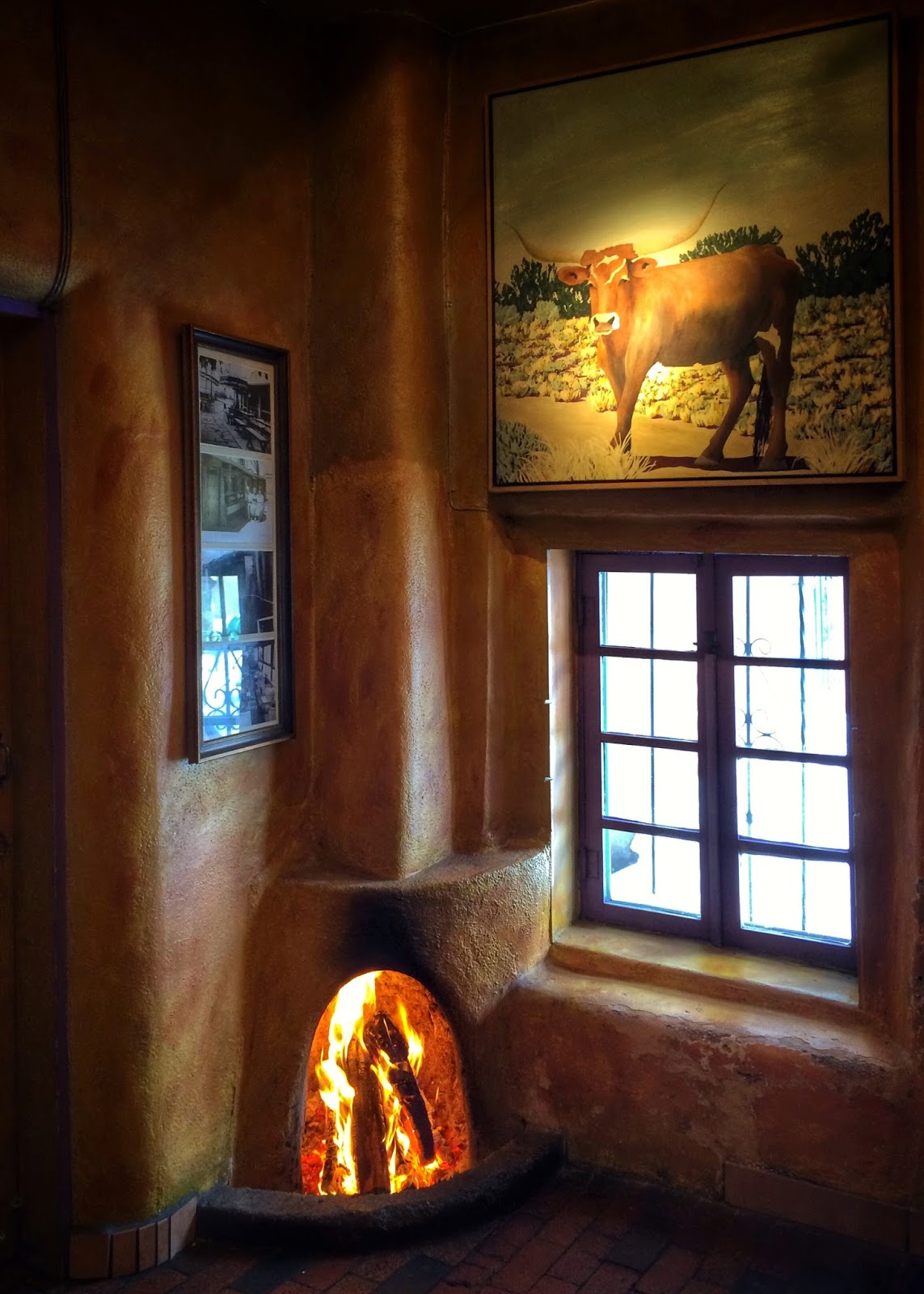 Driving back down to Tucson from Santa Fe, we stopped in the small town of "Truth or Consequences" for lunch. Located along the Rio Grande, this town was known as "Hot Springs" until the year 1950, when, on a dare, the town re-named itself after a famous radio quiz show. The 'taking of the waters' is still a mainstay, even if the geothermally-endowed downtown has its share of buildings in varying stages of photogenic decay. The combination of blues--turquoise plaster of the old "Fire Water Lodge" against the desert cerulean sky--so evocative of that one element that is so sorely lacking in the desert, except for here, where it can be piped up from the ground, naturally pre-heated. 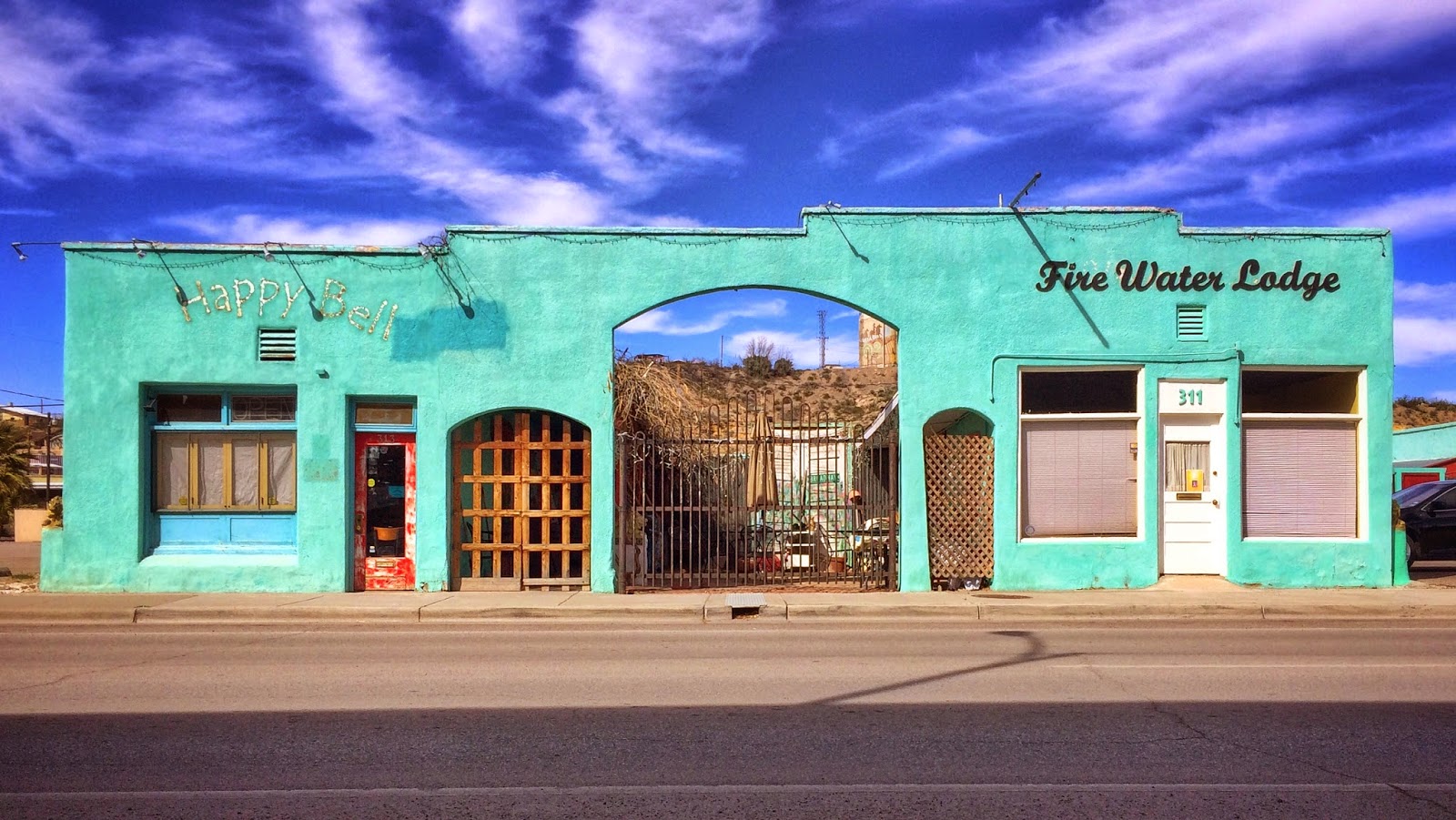 Well to the south of Santa Fe, and several thousand feet lower in elevation, spring is definitely in the air. We stopped somewhere near the Continental Divide to stretch our legs and walk among these wildflowers--Mexican Gold Poppies. Wind causes the petals to close up, but even with the breeze, they lend such striking color to the desert spring landscape. 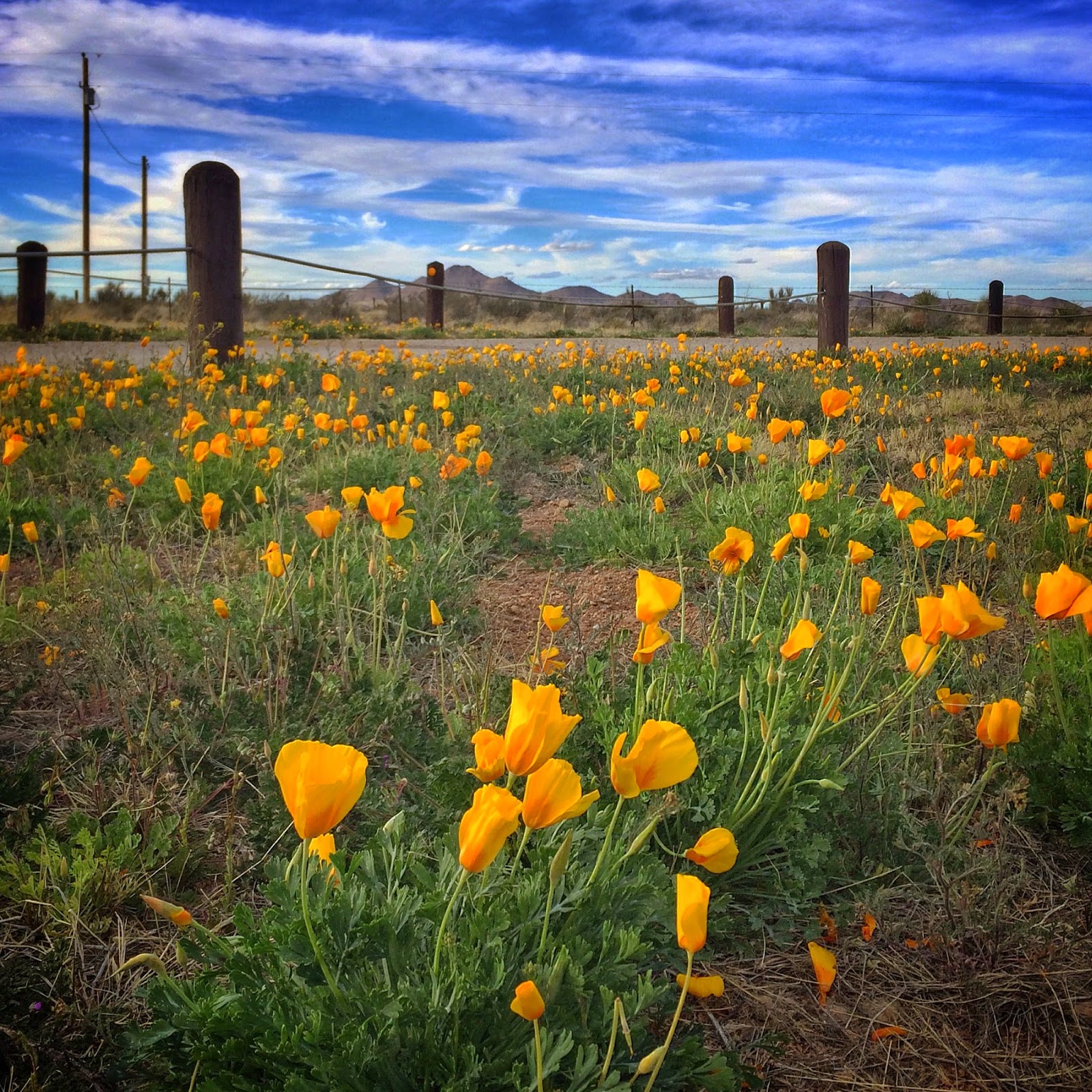 Part of this "Explore the Elements" challenge includes inviting others to participate.
So, I nominate: