I'm not an avid reader of the Sports section of the newspaper...
but every summer I follow the stages of the Tour de France...

Today's stage ends up in the town of Foix, in the Pyrenées near the Spanish border.
I spent a few days here once--so if you're curious to know what the place looks like,
here's a street scene in the old part of town: 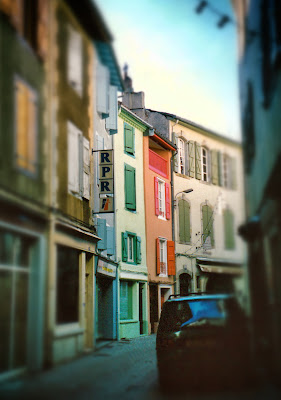 ...and voilà, the map of this year's Tour de France 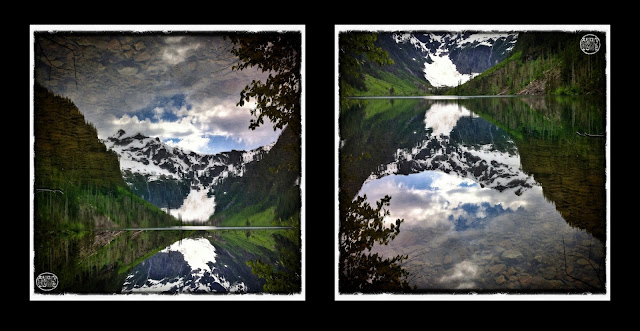 Residents and visitors alike bemoan the seemingly eternal grey of the Pacific NW;
summer turns things around, though...

And...AFAR magazine recently published a little interview/profile with me!
In it, I briefly talk about iPhones and travel photography, among other things...

So, who comes to Arizona? (and back from the NW)

I flew in yesterday afternoon; back from Seattle to Tucson after nine days in the Pacific Northwest...

Reading the local paper this morning, this graph stood out: 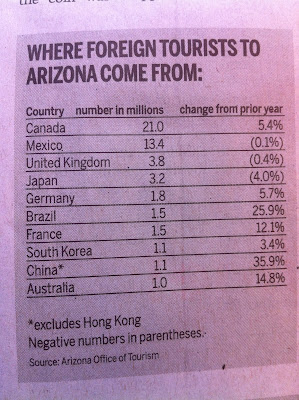 So, now we know the top ten countries who send their citizens down this way...
Two figures stick out to me in particular--
a milion and a half French and over a million Koreans
come here every year? Wow.

It would be interesting to know which states send the most 'snowbirds' to Arizona;
every winter I see a proponderance of license plates from Washington...

This was the longest visit 'back home' since I moved to Tucson five years ago. My wife's been back to see her family once on her own...and we've been back together for several weddings...
But this was the first trip for me that didn't involve a 'special occasion.' Every time we visit, we wish we could just 'fold the map' and bring Seattle closer to Tucson--family, friends, places, foods...

For tonight, just a few snapshots:

--my new favorite mountain panorama--Aasgard Pass, Dragontail Peak and Lake Colchuck in the Alpine Lakes Wilderness of the Central Cascades--hiked up here the day before yesterday. Wow.

--the taste of summer in the Pacific NW--Rainier cherries in Pike Place Market: 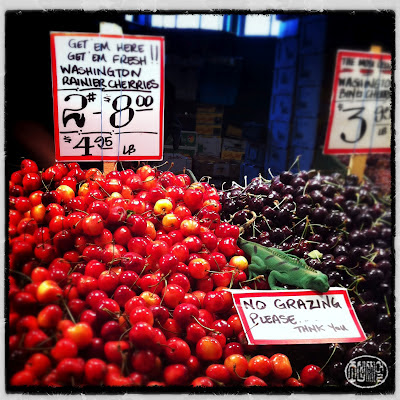 --kayaking on Portage Bay, trying to dodge boat traffic and be polite voyeurs among the houseboats: 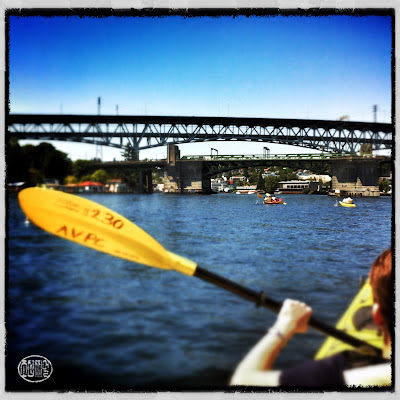 --Cadet Peak and Goat Lake in the central Cascades east of Granite Falls, this past Monday: 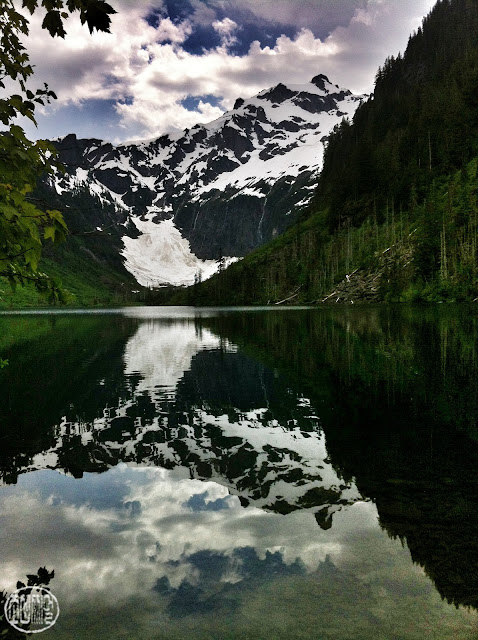 --the lush temperate rain forest; mushrooms on the way: 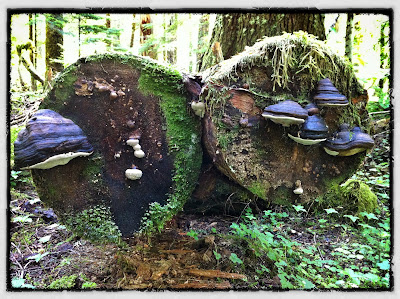 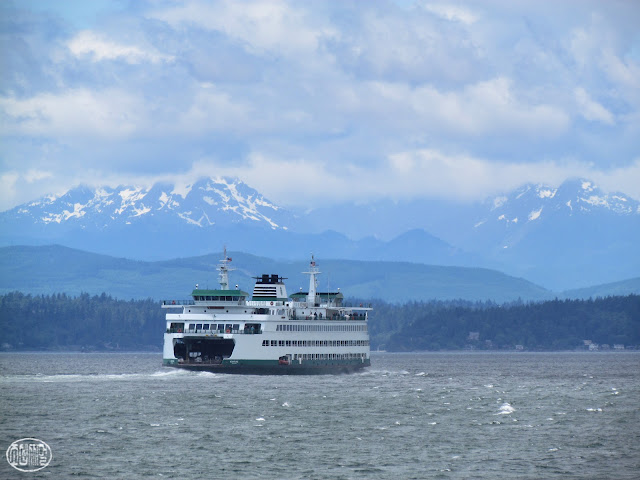 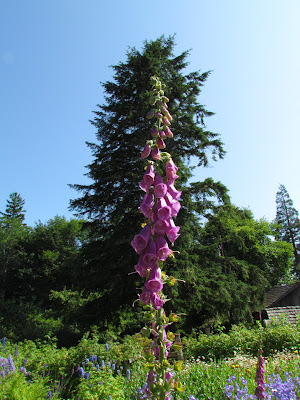 We stayed with friends most of the time, but on the first night, we stayed in a little hotel downtown; this was the view from one of the windows in our room--its top temporarily painted 'galaxy gold' in honor of its 50th anniversary, a glimpse of the Space Needle: 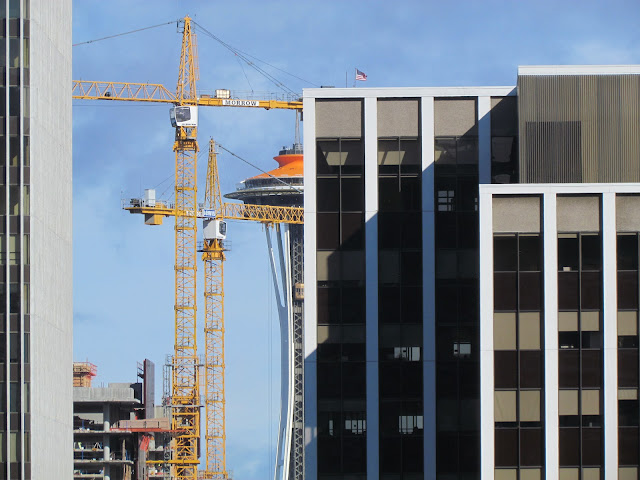 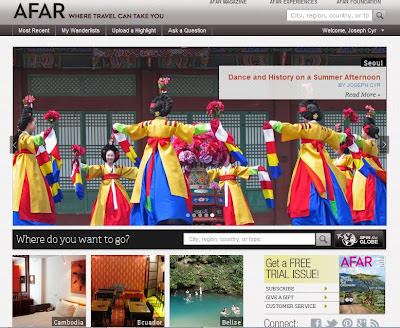