Beginning the year with snow! (first time in 55 years...)

So, here in southern Arizona, the last day of 2014 ended up being a rainy day...

...and then all night the rain came down...which just before midnight turned into snow! And it kept snowing through much of the early morning hours of January 1st...which means that Tucson woke up to a rare snow-covered New Year's Day: 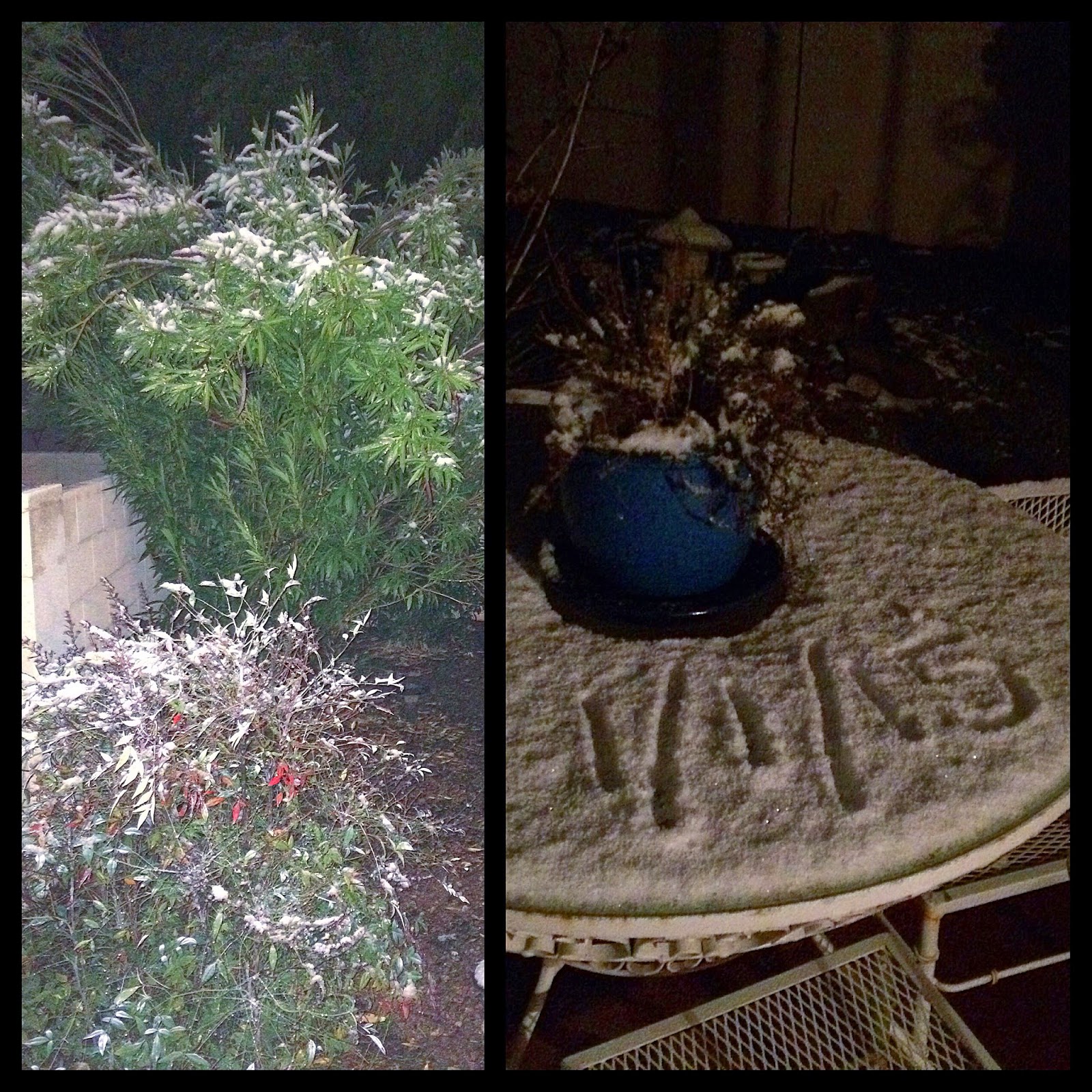 ...not often that the day dawns on snow-frosted palms and saguaros down here: 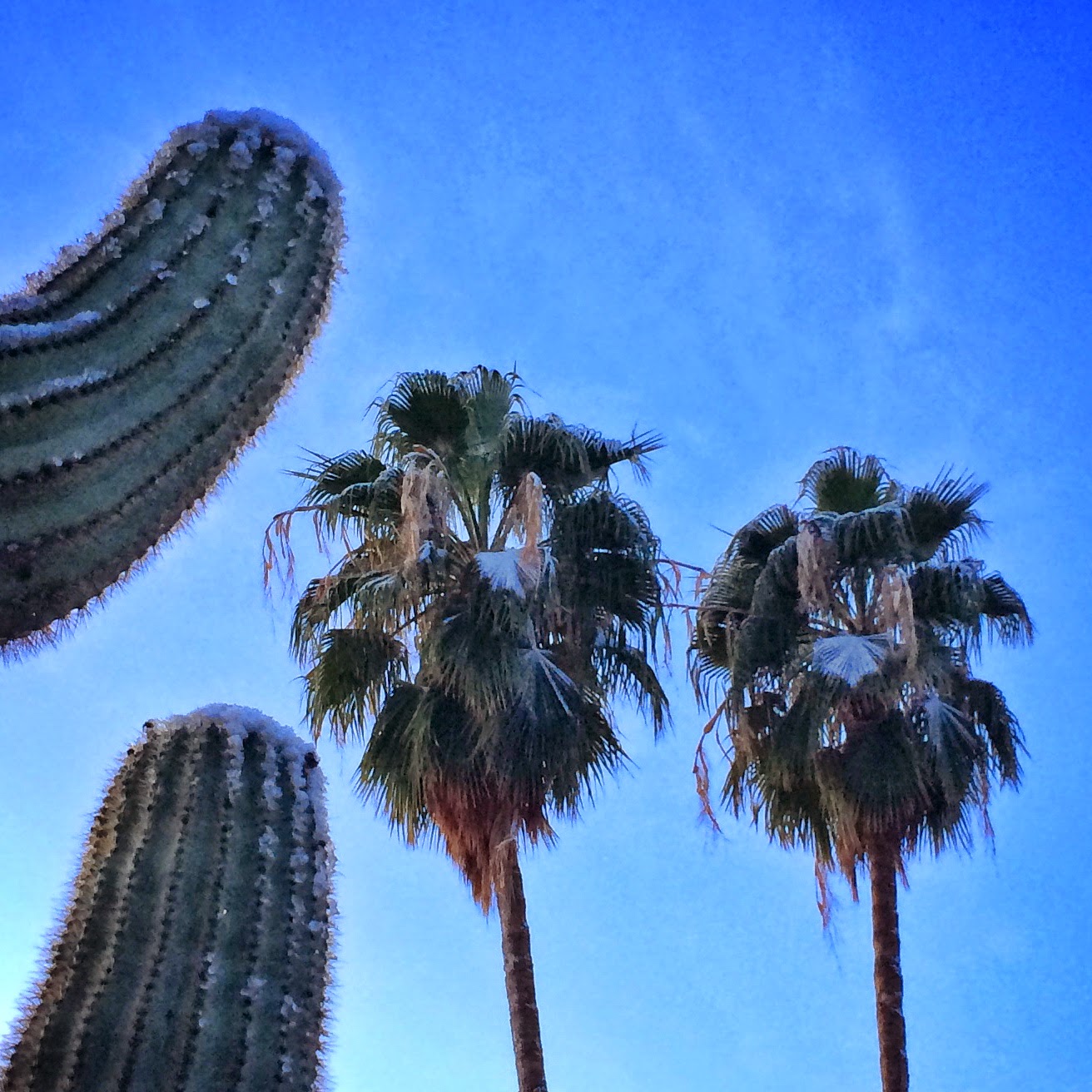 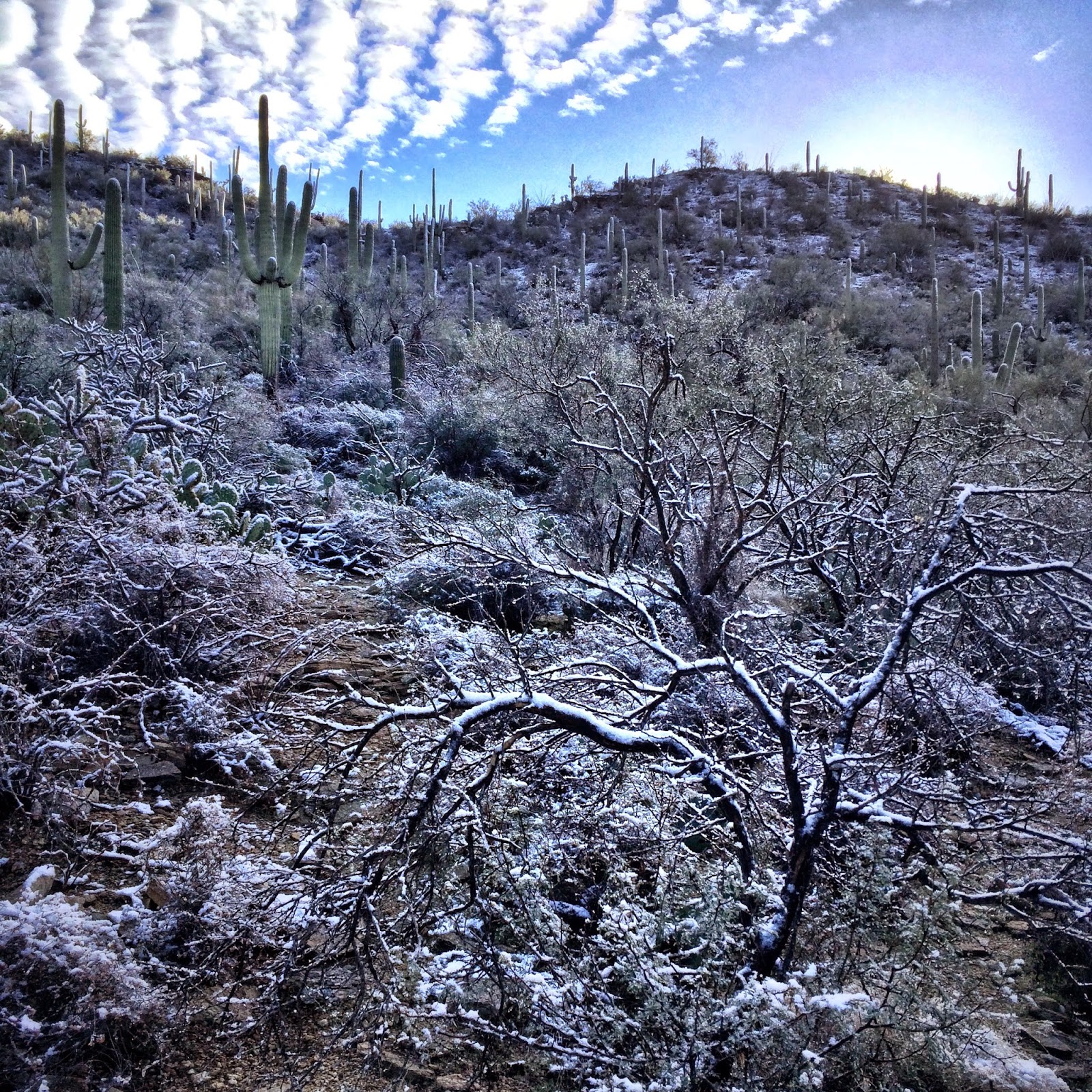 ...it's been a while since the last time this happened: 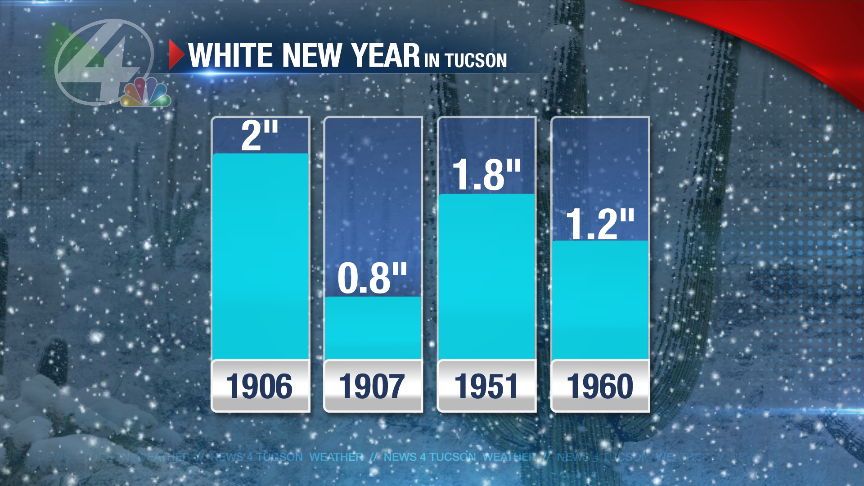 Snow is ALWAYS a big deal down here in the desert.
A few more white-coated scenes from yesterday: 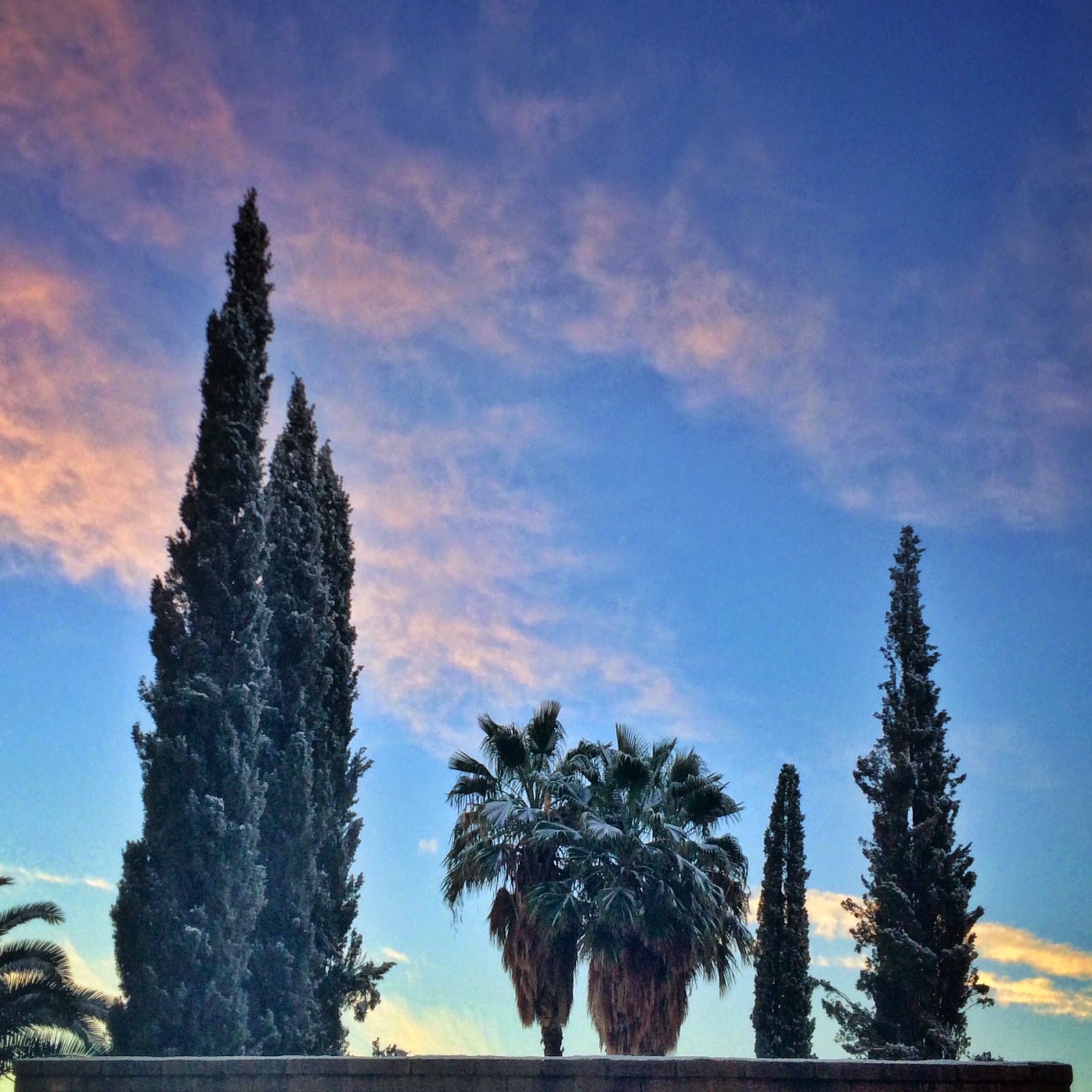 cypresses and palms, white-tinged at dawn 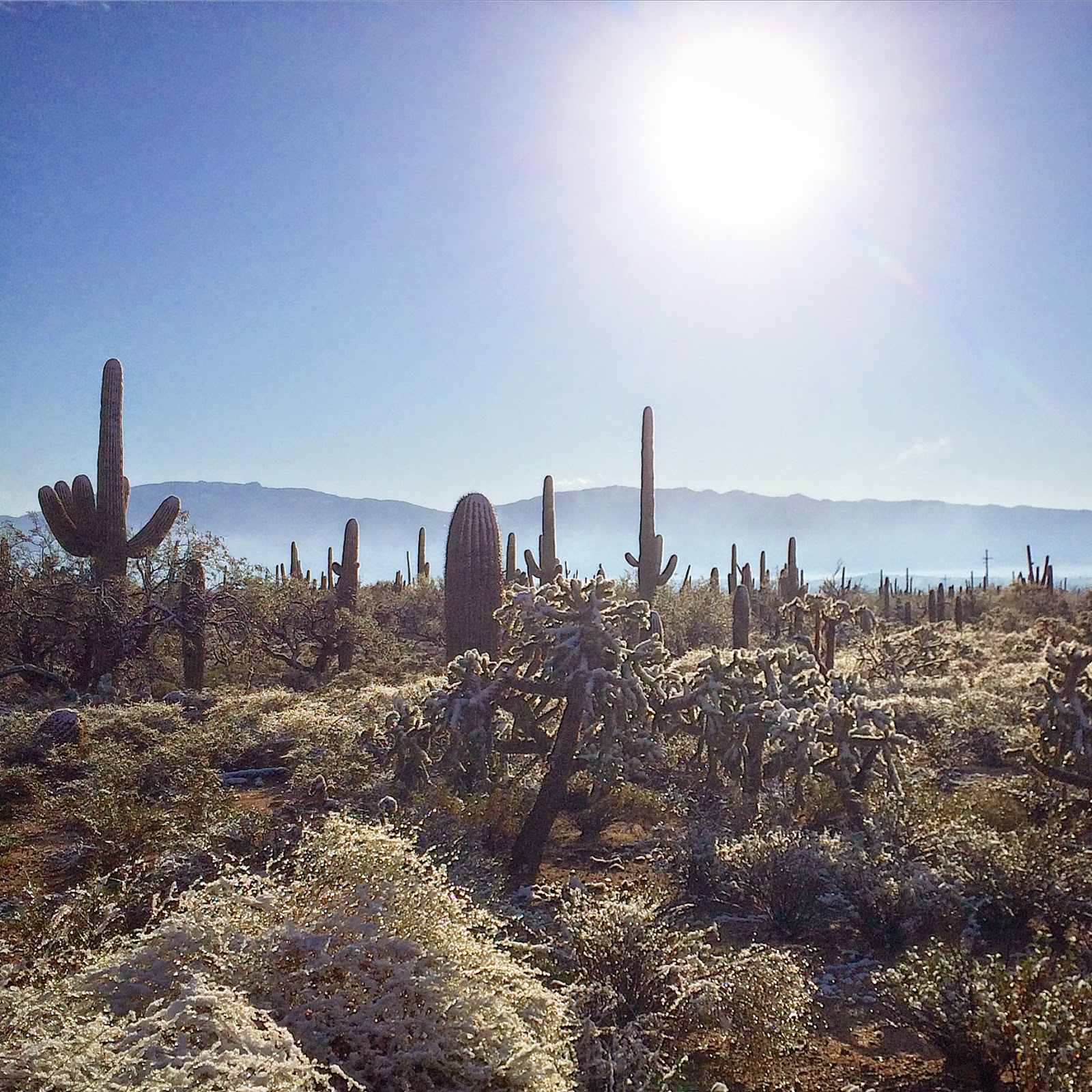 Almost immediately after the sun rose over the mountains,
the winter-colored landscape began to disappear, audibly,
with an omnipresent drip-drip-drip... 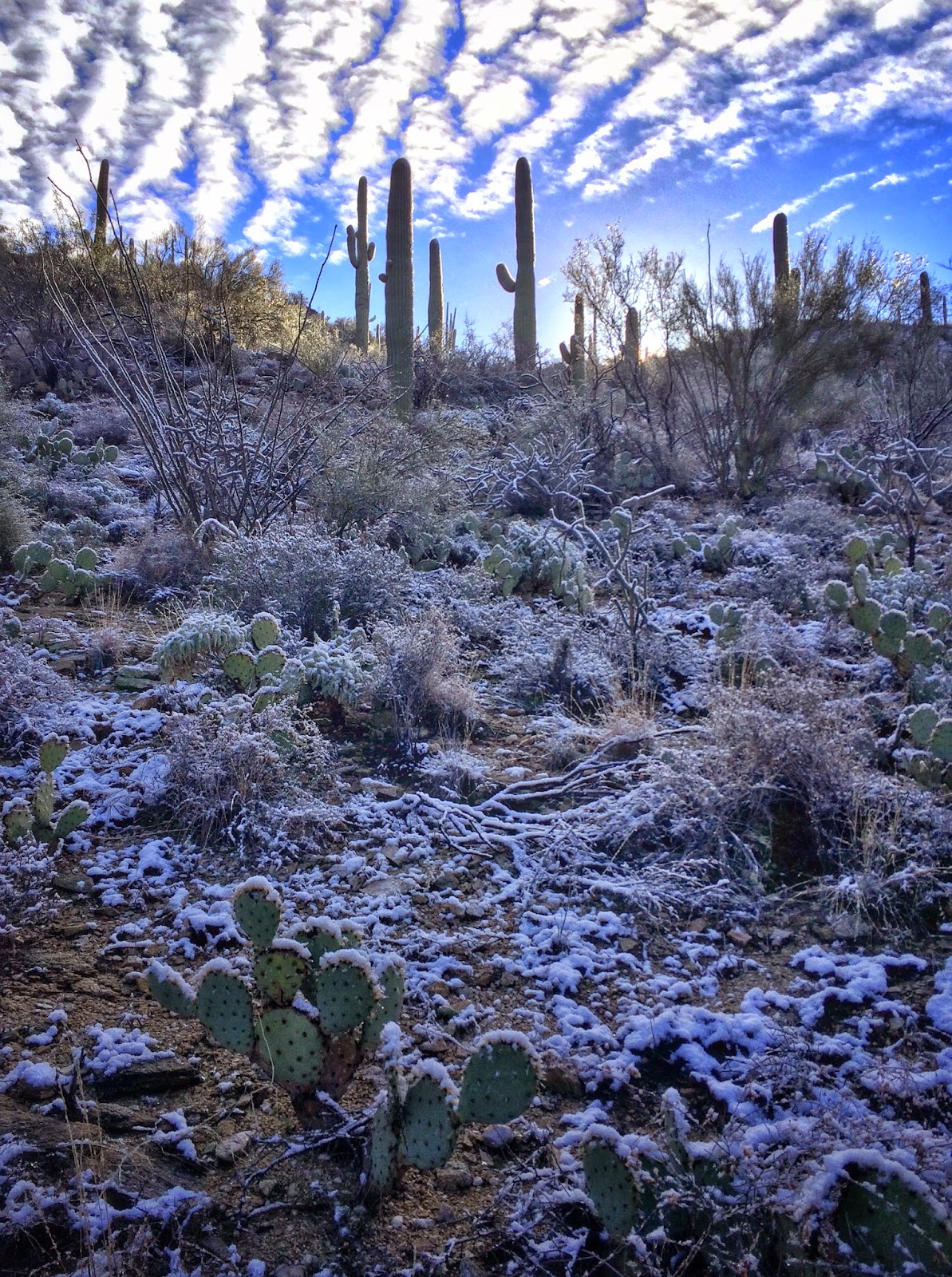 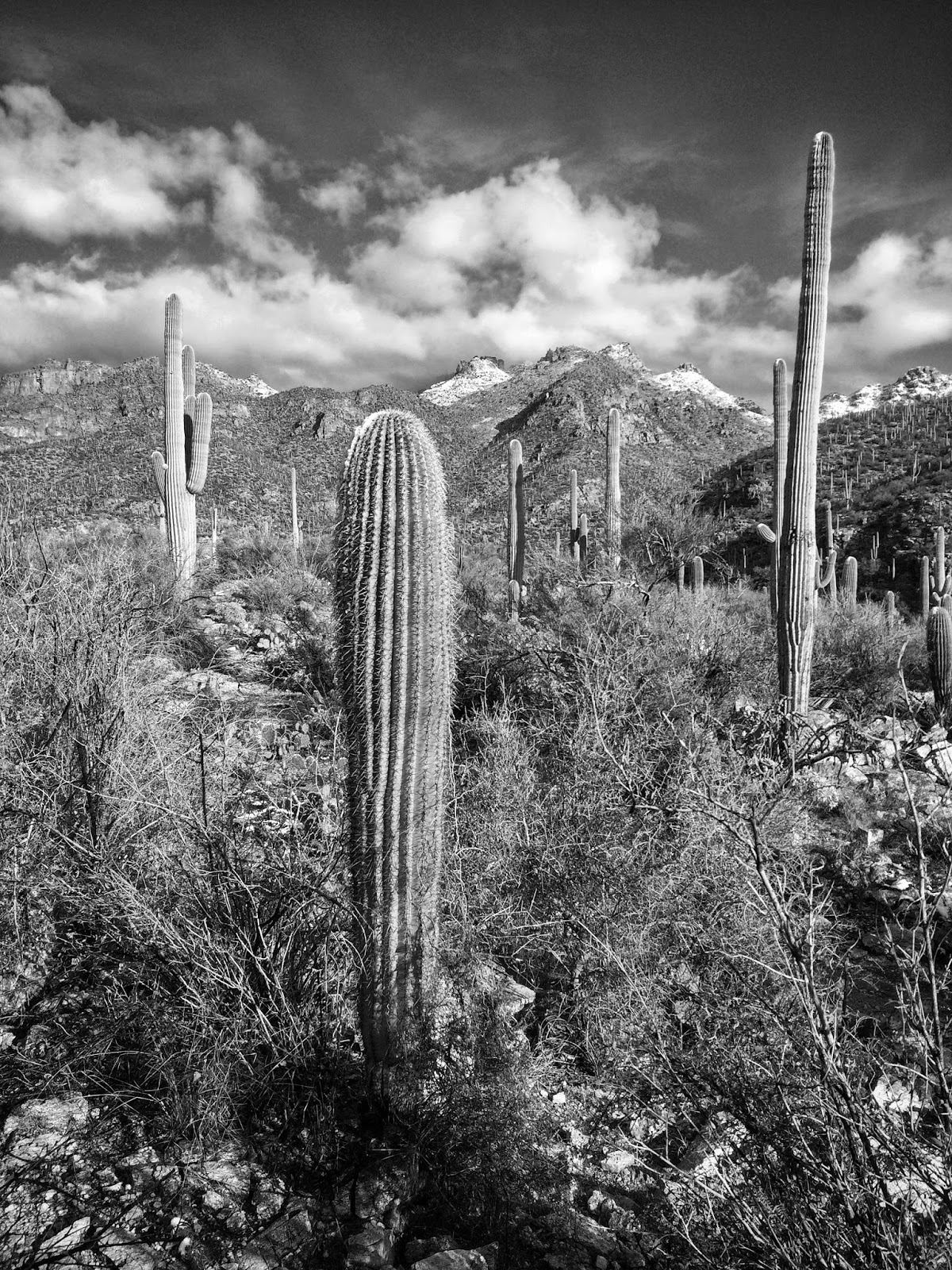 ...looking down into Sabino Canyon, where the cottonwoods lining the creek have hung onto their autumn foliage: 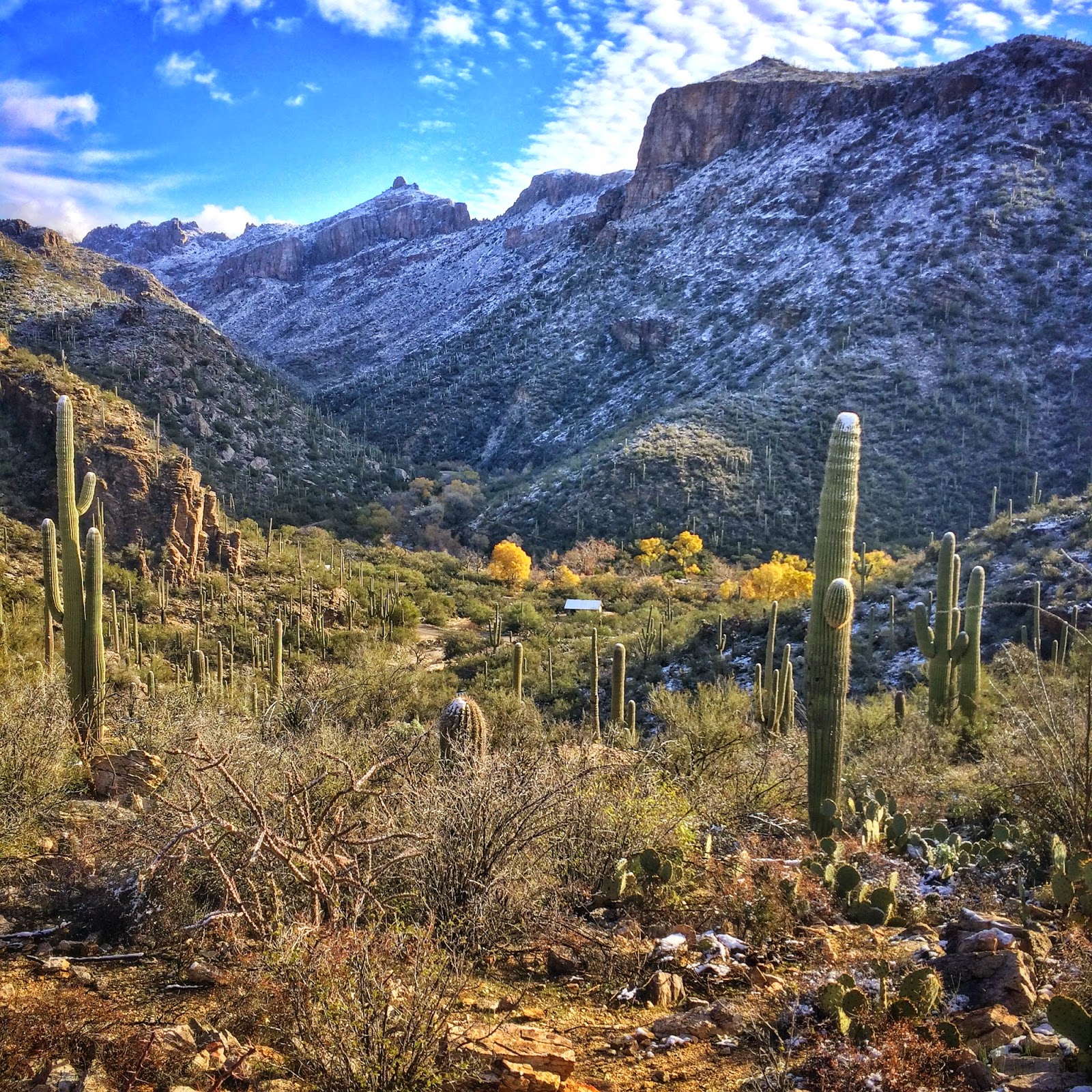 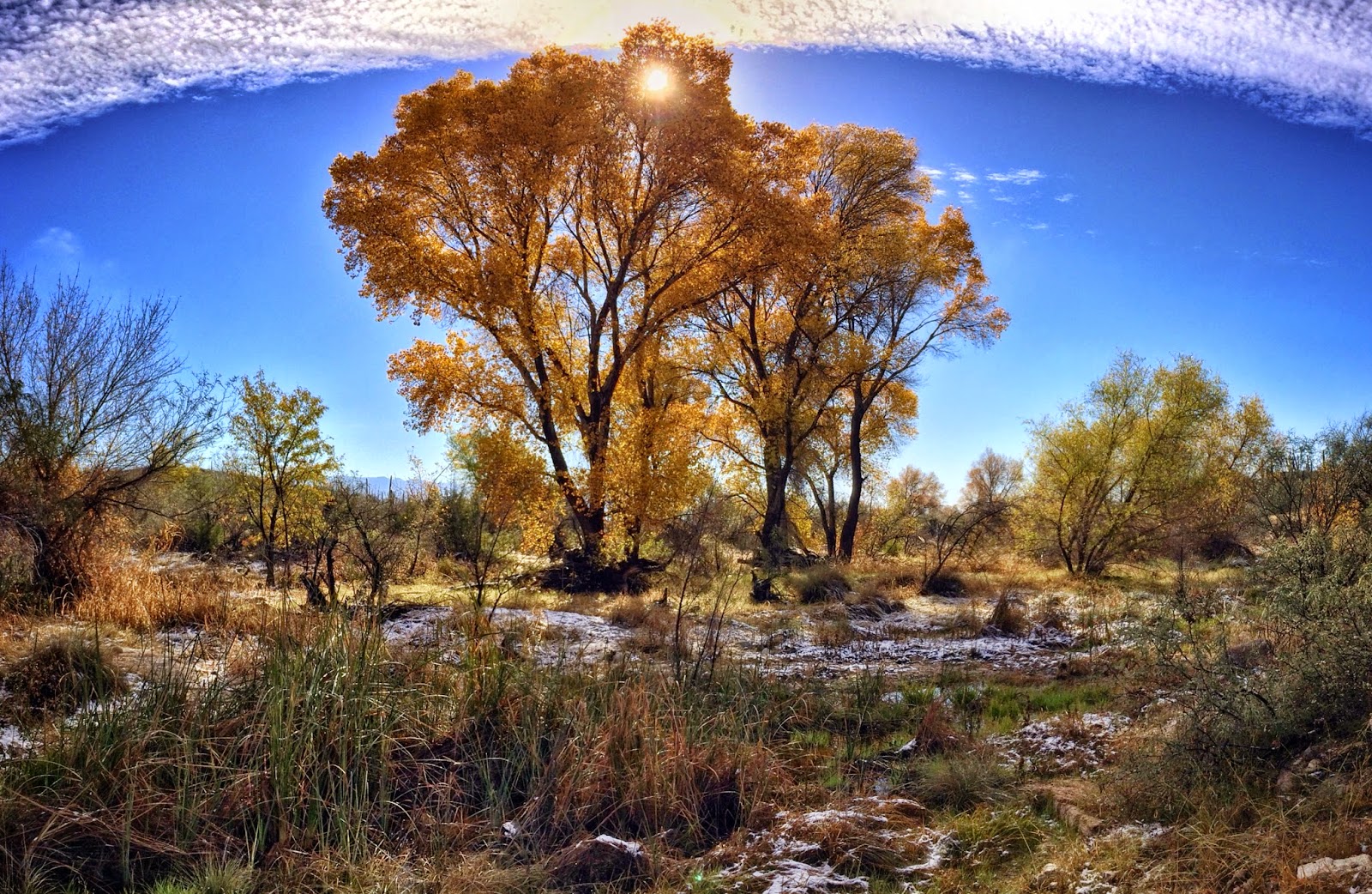 ...where the creek leaves the canyon and foothills for the open desert: 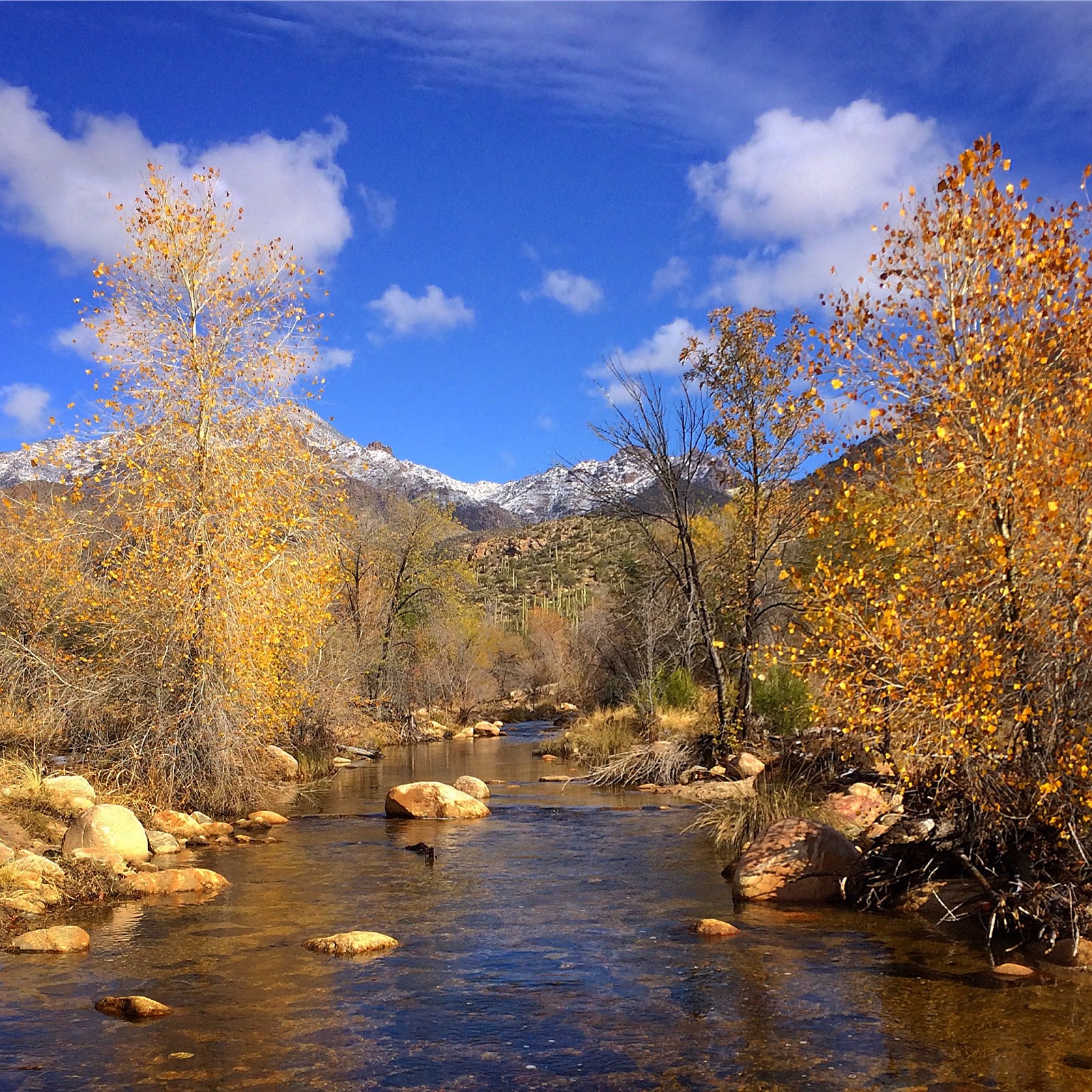 So fleeting...
By the time my wife and I finished our hike late morning, most of the snow had disappeared from the desert floor; the shady slopes and higher elevations are still hanging on to the white stuff, for now...

The last time we had a significant snowfall down in the desert was in February of 2013: 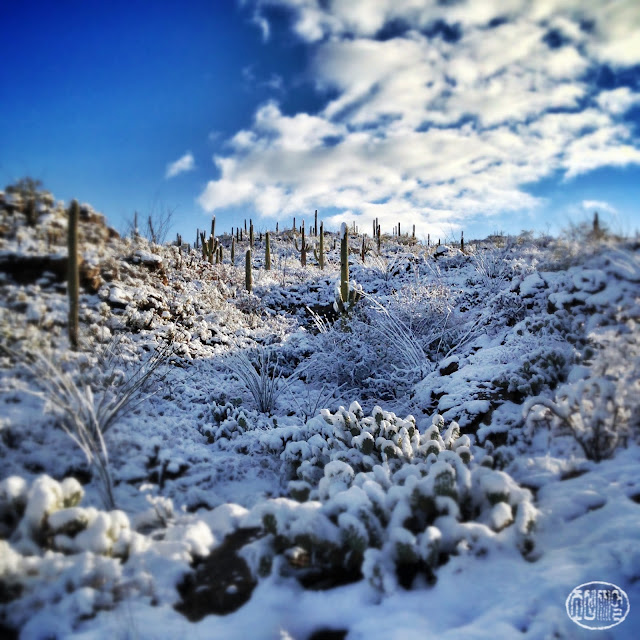