From the Santa Catalinas to San Diego and back

October is almost gone; having visitors at the beginning of the month, and then going to California last weekend has made the month fly...

A couple of weeks ago, I drove up to the top of the Santa Catalina Mountains one afternoon after work--the forest was alive with fall color, an unexpected change from the cactus-studded lower slopes around Tucson...These scenes are from 'Bear Wallow,' around mile 22 up the Catalina Highway: 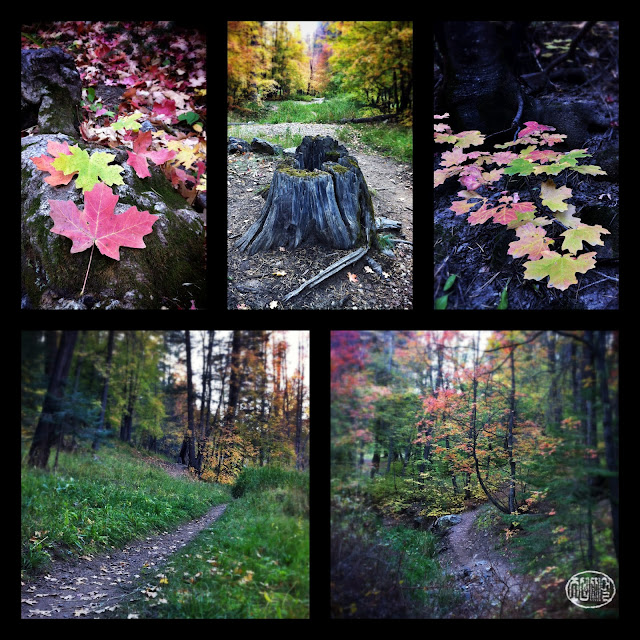 Above 8000 ft., there are a couple of little valleys whose soil and microclimate are just right to support deciduous woods more reminiscent of a Northeastern forest...Drive up high enough in Arizona, and you will find autumn at the top of a 'sky island' in the desert.

Driving back down at sunset, about halfway down,
looking out over Thimble Peak and the Tucson mountains beyond... 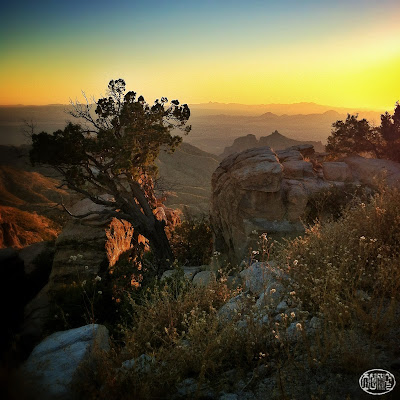 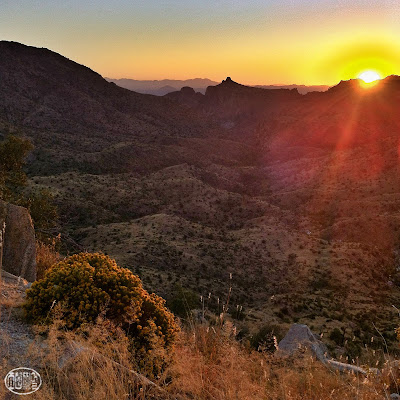 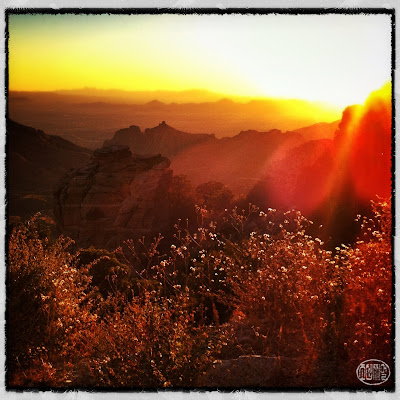 Some of the underwater faces at the Birch Aquarium in San Diego: 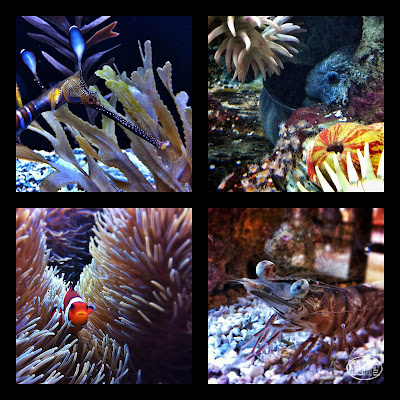 Placing my iPhone right up against aquarium glass
and then waiting for something to swim into view--some fun shots...
clockwise from top left:
weedy seadragon, moray eel,
a shrimp, and then--
can't resist, must say--"found Nemo" 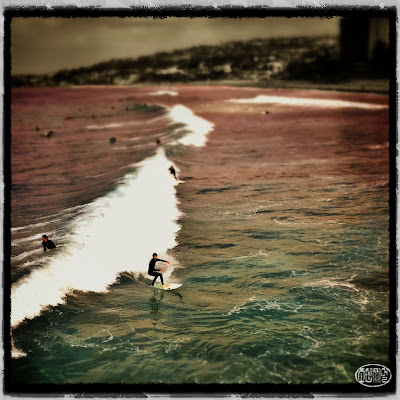 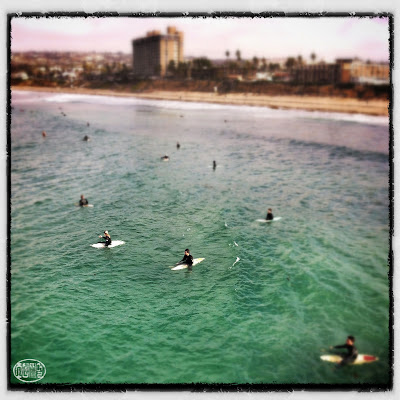 While in CA, took advantage of the dining possibilities
in one of it's 'Asian ETHNOBURBS,'
a Korean eatery in Chino Hills, east of L.A.: 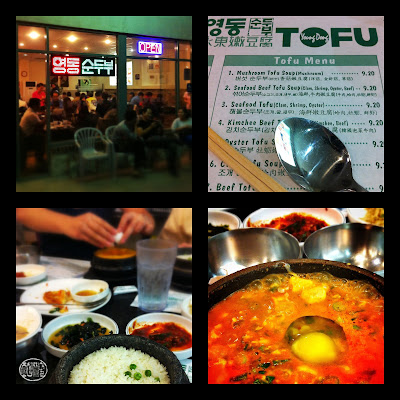 Inland southern California may lack the glam of the Pacific Coast, but its culinary reality is no less 'Pacific Rim.' No need to venture into urban Los Angeles for a taste of Chinatown or Koreatown--East Asian restaurants full of East Asian families are part of the scene in what have come to be called the 'ethnoburbs' of 21st-century suburbia.

If you find yourself passing through Chino Hills east of L.A., check out "Young Dong Tofu." Korean BBQ is becoming ubiquitous, ('it's the new Thai'), but "soon-du-bu" is still off most non-Koreans' radar. Snicker if you must at the restaurant's name, but it's named after a district in Seoul. And inside this unpretentious strip-mall-eatery, you can imagine yourself in the Korean capital.

Complimentary pancakes wih soy-scallion sauce greet you as you contemplate the Eng./Kor./Chinese paper placemat menu. Resist the bbq temptation and go for one of the boiling red bowls of 'soondubu' tofu soup--Korean comfort food. (Don't let the color scare you--it's not THAT spicy.) Your side of rice will arrive in an oven-heated 'dol-soht' stone bowl, along with a mini-buffet of 'bahn-chahn' side-dishes; the kimchi is awesome. The bowl of raw eggs is not a mistake, nor is it a health-hazard--they're meant to be broken into your soup, which will arrive still bubbling--the egg will be quickly poached in your fiery mini-cauldron.


A few days ago, after work, I decided to go for a trail-run into Bear Canyon,
at the base of the Santa Catalina Mountains--
such a contrast from the evergreen-and-deciduous forest at the top:

About a half-mile in, there's a natural arch up the eastern wall: 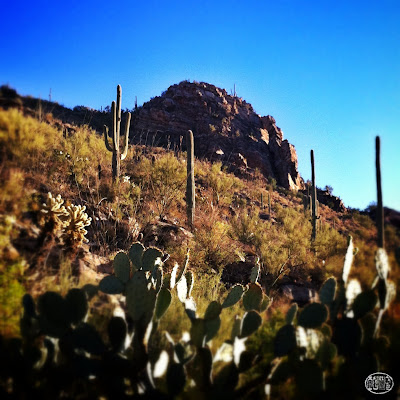 Overlooking the entrance of the canyon: 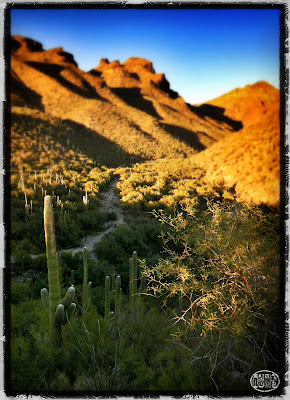 And, from just a few hours ago, tonight--moonrise over the Santa Catalinas: 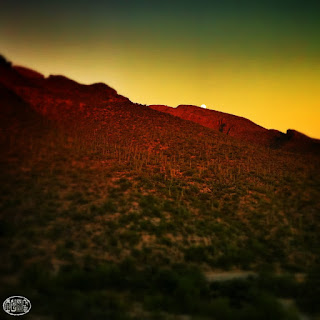 The first week of October was a vacation-week for me. (The school district I work for tried something new this year: after the first quarter, a week off--a welcome break for students AND teachers.) Good timing, as we had an out-of-town friend and family reunion at our home in Tucson...which led to walks in the desert and eating out...

So, a few local highlights for this posting.

First, some Mexican folk-art faces, on the walls and floating above the tables in Elvira's, down in Tubac, about an hour south of Tucson. 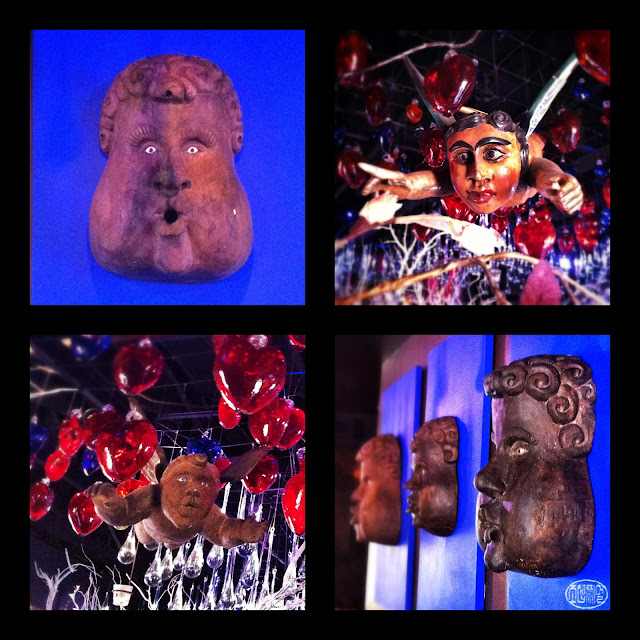 And, from what is truly one of the best restaurants in southern Arizona,
downtown Tucson's Café Poca Cosa: 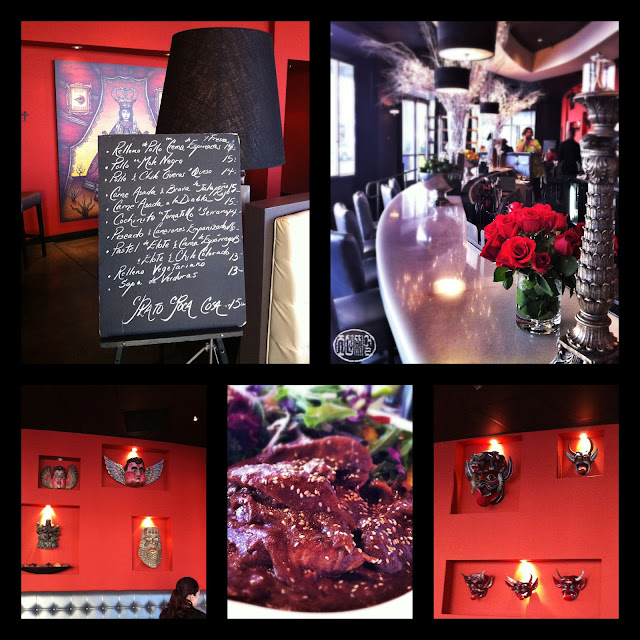 Close to home--a bloom on a cactus in the backyard: 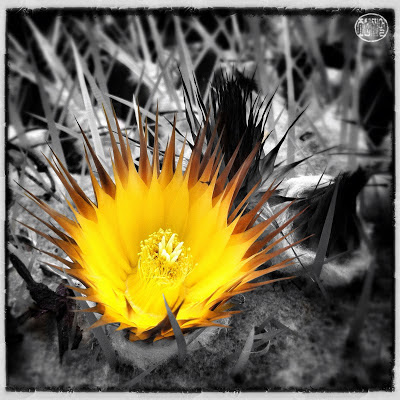 --and now, from the kitchen. My mother, who is Korean, has been showing us some things.
Here's "goh-sah-ree" (also spelled 'gosari')--technically 'bracken fern' but also called 'fiddleheads'--'têtes de violon' in French. (I've seen them in the frozen section of grocery stores in Québec.) 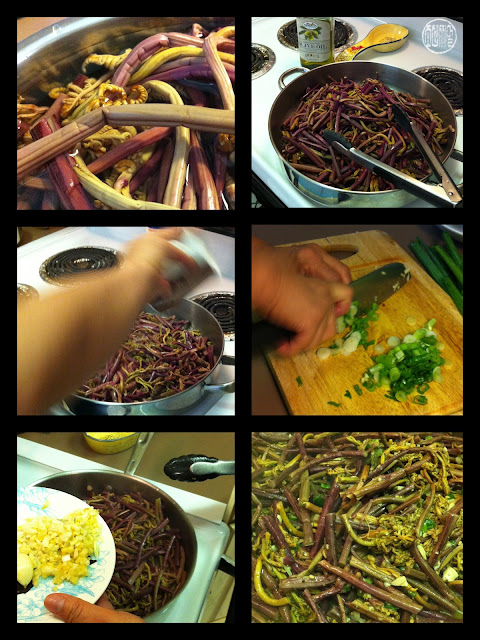 Soaked, then steamed and sautéed with garlic, sesame, and green onion--
gosari is one of my favorite things to eat--
one of those Proustian childhood-memory-inducing tastes...
If you've never had it--
it's simultaneously redolent of asparagus, mushroom, and beef...

...and, speaking of beef:
"Kalbi!!!" Korean-style beef short-ribs. Mmm mmm.
I almost never order them in a restaurant, because
Mom's recipe is always better.
The link above is to a simplified recipe, but you'll get the idea.
Get the ribs cut 'flanken style'...
For the soy/sesame-based marinade, add a purée of garlic, ginger, onion
Asian pear (for tenderizing) and--a modern touch for tenderness and tang--some kiwi.
Let the beef marinate up to overnight before grilling or broiling. 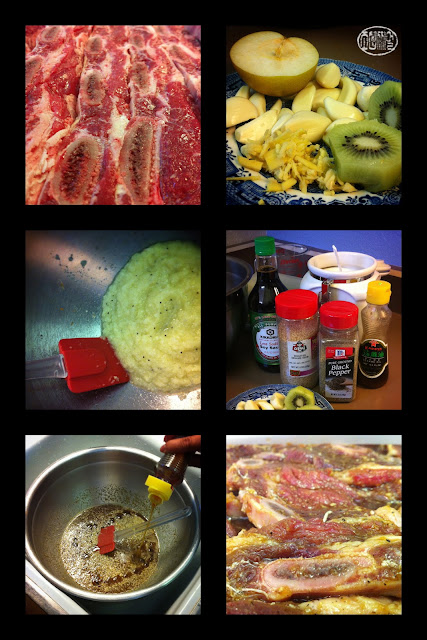 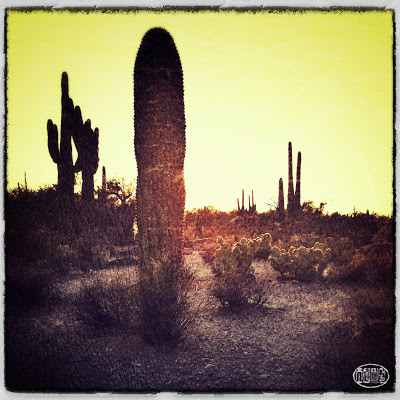 The other night, on the way to some friends' for dinner, I just had to pull over to get this phone-shot--check out the 'double-helix' cloud on the right:

...and then as the sunset continued to 'ripen,' the strands got taller and pinker: 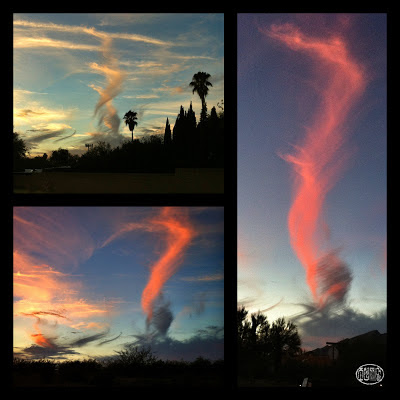 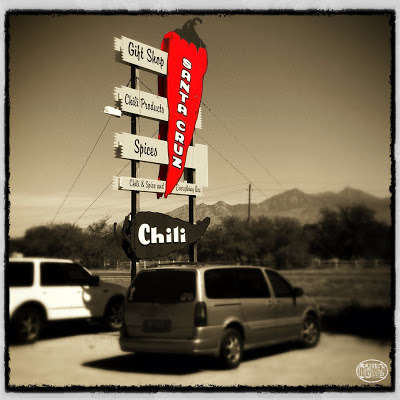 --from down in Tumacácori, the Santa Cruz Chili Co., across from the old Spanish mission.

One of my new favorite apps on my iPhone is ColorSplash; I used it on the above cactus flower and chili sign photos...here are a couple more photos edited with it--fun with selective desaturation: 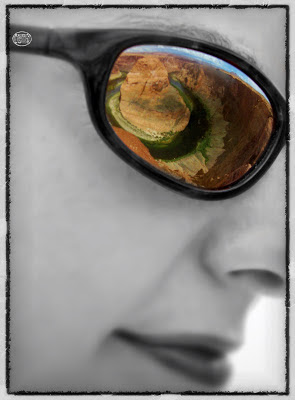 --seeing the landscape through my wife's eyes,
Horseshoe Bend on the Colorado River, just south of Page, AZ

...and back in Tucson; reflection of autumn color (which peaks in December)
along the creek in Sabino Canyon 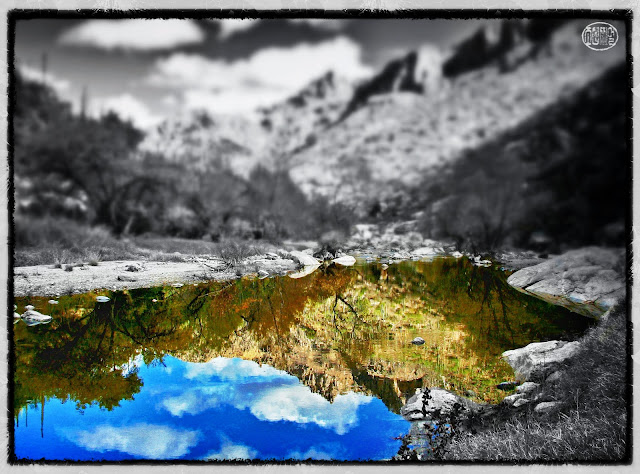