For this week's #FriFotos: STAIRS

For a few months now, I've been enjoying the weekly #FriFotos travel photography round-up every Friday on Twitter...

Since this week's theme is 'stairs,' I thought I'd gather a few far-flung scenes for a blog post--from France to Korea, Canada to Guatemala, and a few Desert Southwest locales as well.

From last summer,
in the Rennaissance tower of the
Château de Montaigne in the SW of France: 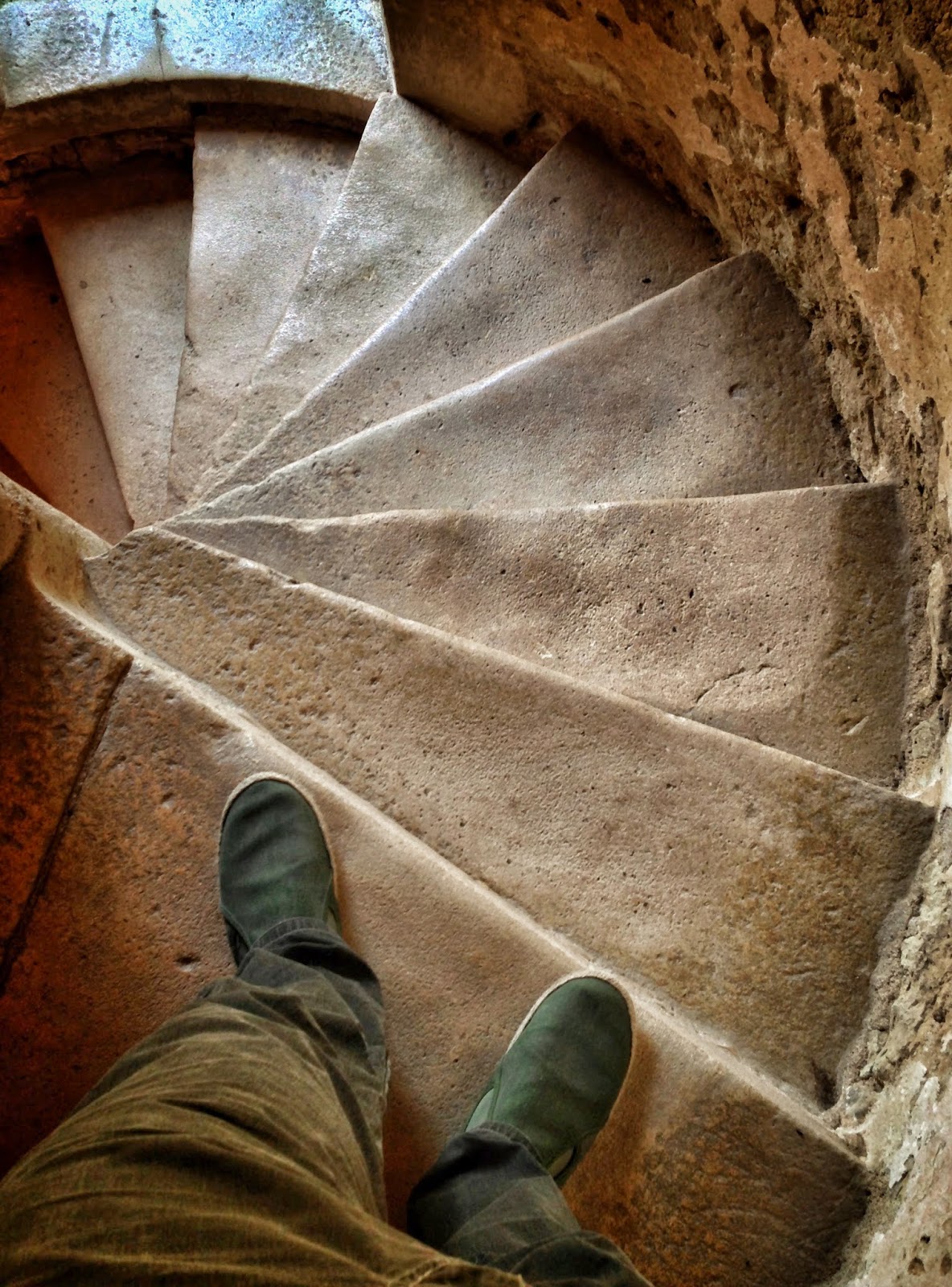 Literally, in the worn steps
of the 16th-century
essayist and humanist,
Michel de Montaigne.

From my current desert hometown,
a detail of Tucson's
St. Philip's Plaza 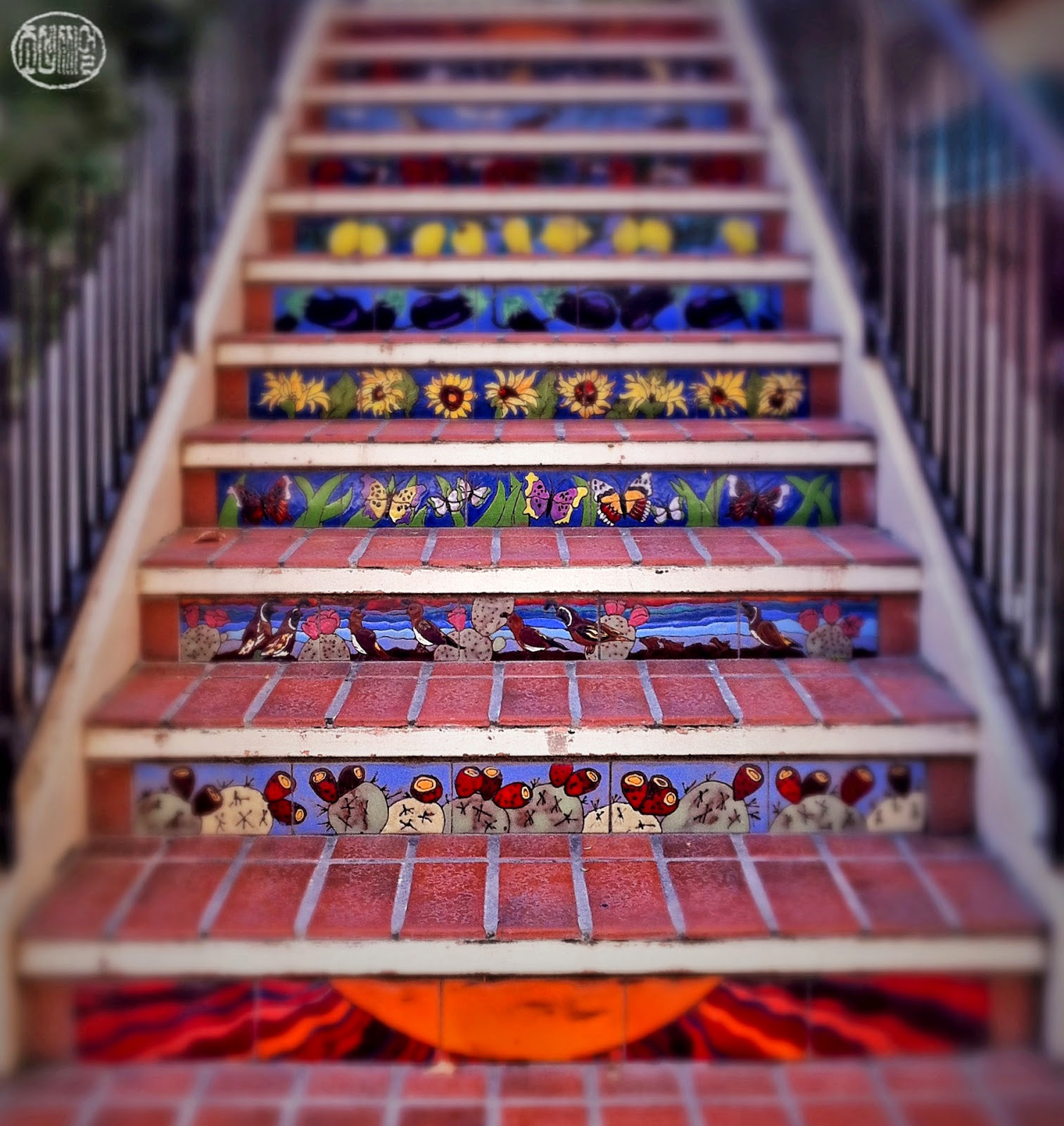 Back to France,
to the Loire valley--
one of the spiral stone staircases
at the Château de Chambord: 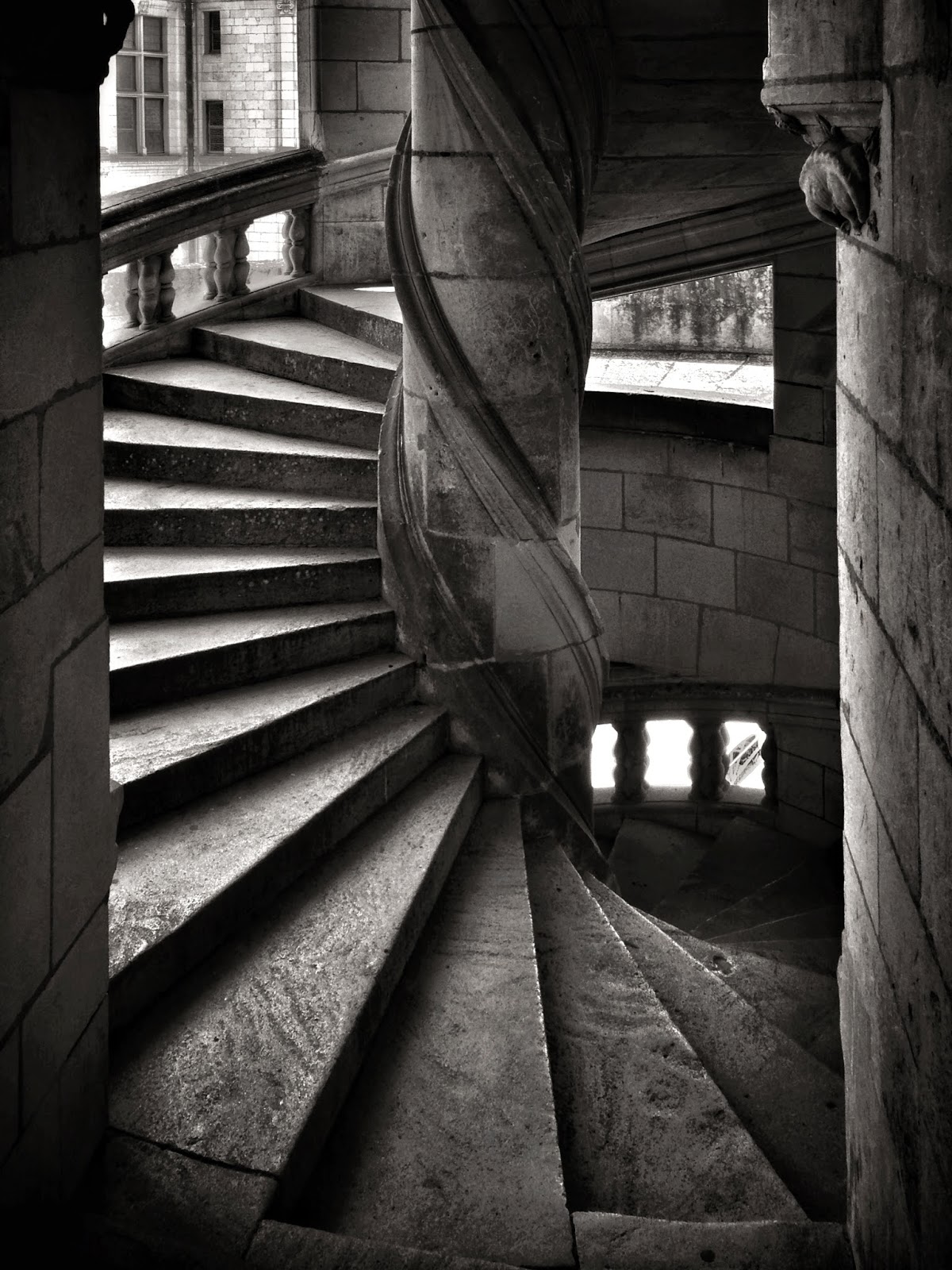 Further south,
on the legendary Pont Valentré bridge in Cahors,
the time-eroded stairs from the 14th-century: 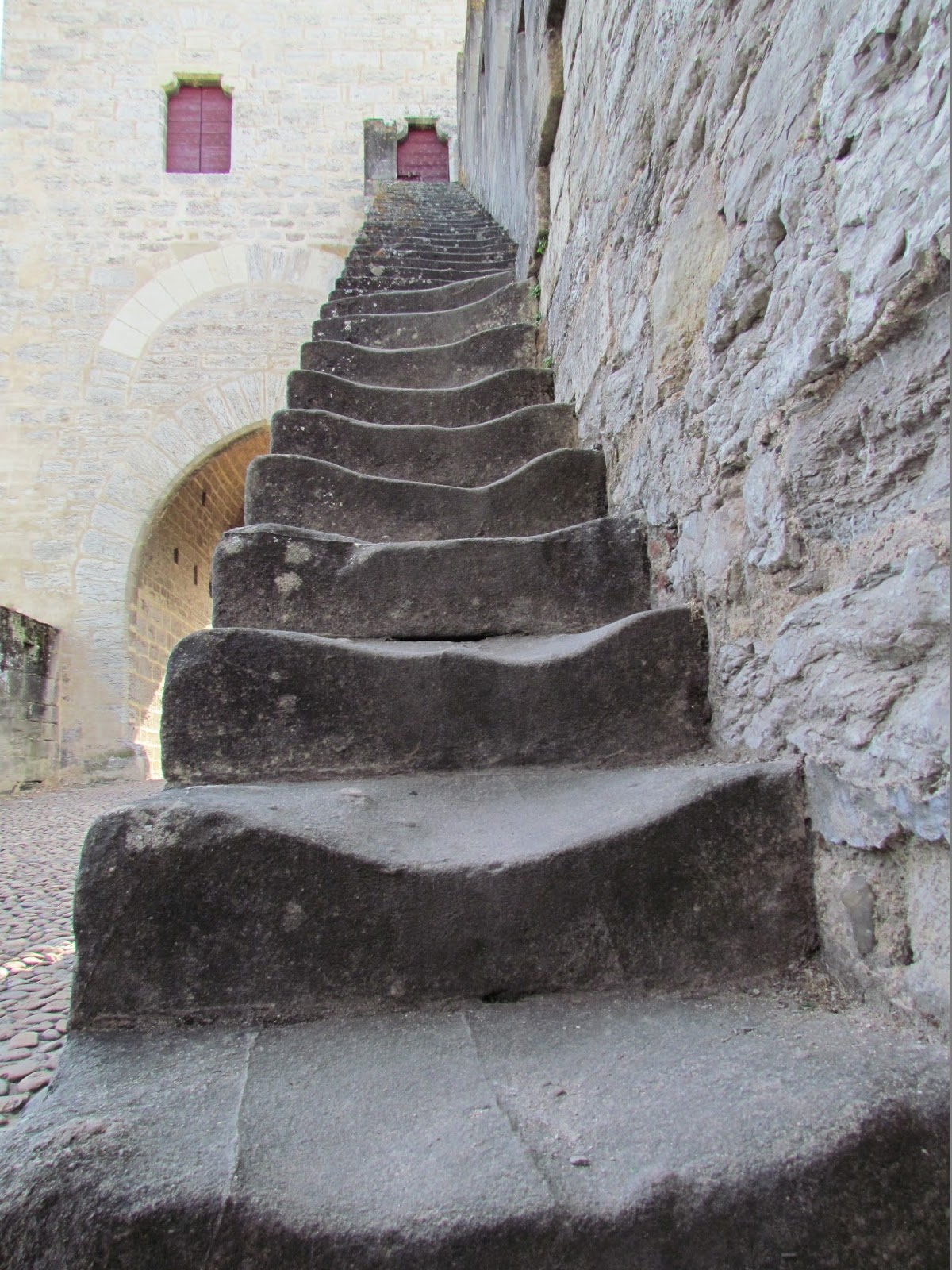 Traveling far to the east,
to the stairs leading up to
Seoul's Joseon-dynasty
Altar to Heaven: 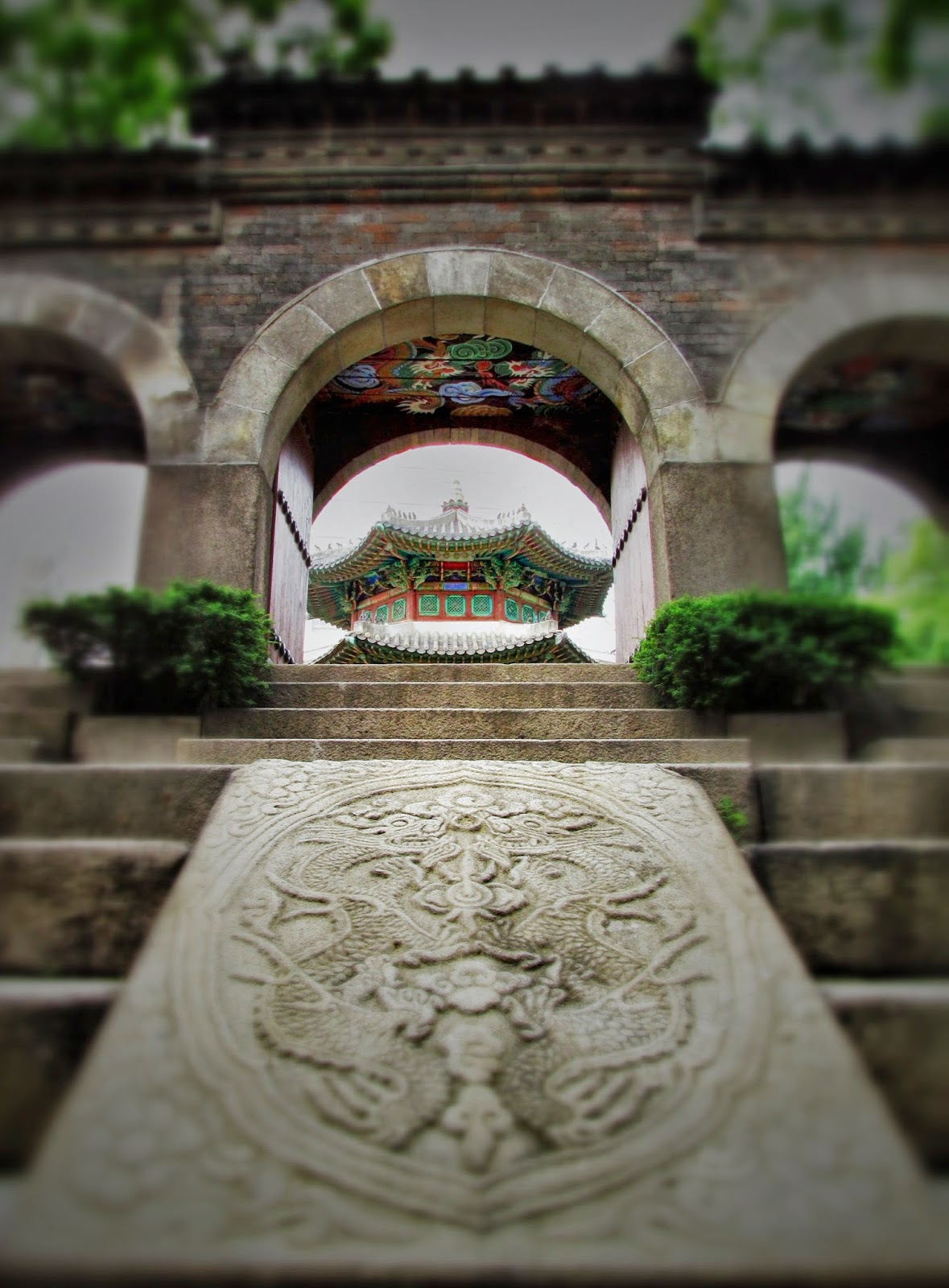 From one of the world's largest cities
to a 'lost' city in the Guatemalan jungle--
the steep access stairs built to protect
the original stone stairs
on this Maya temple in Tikal: 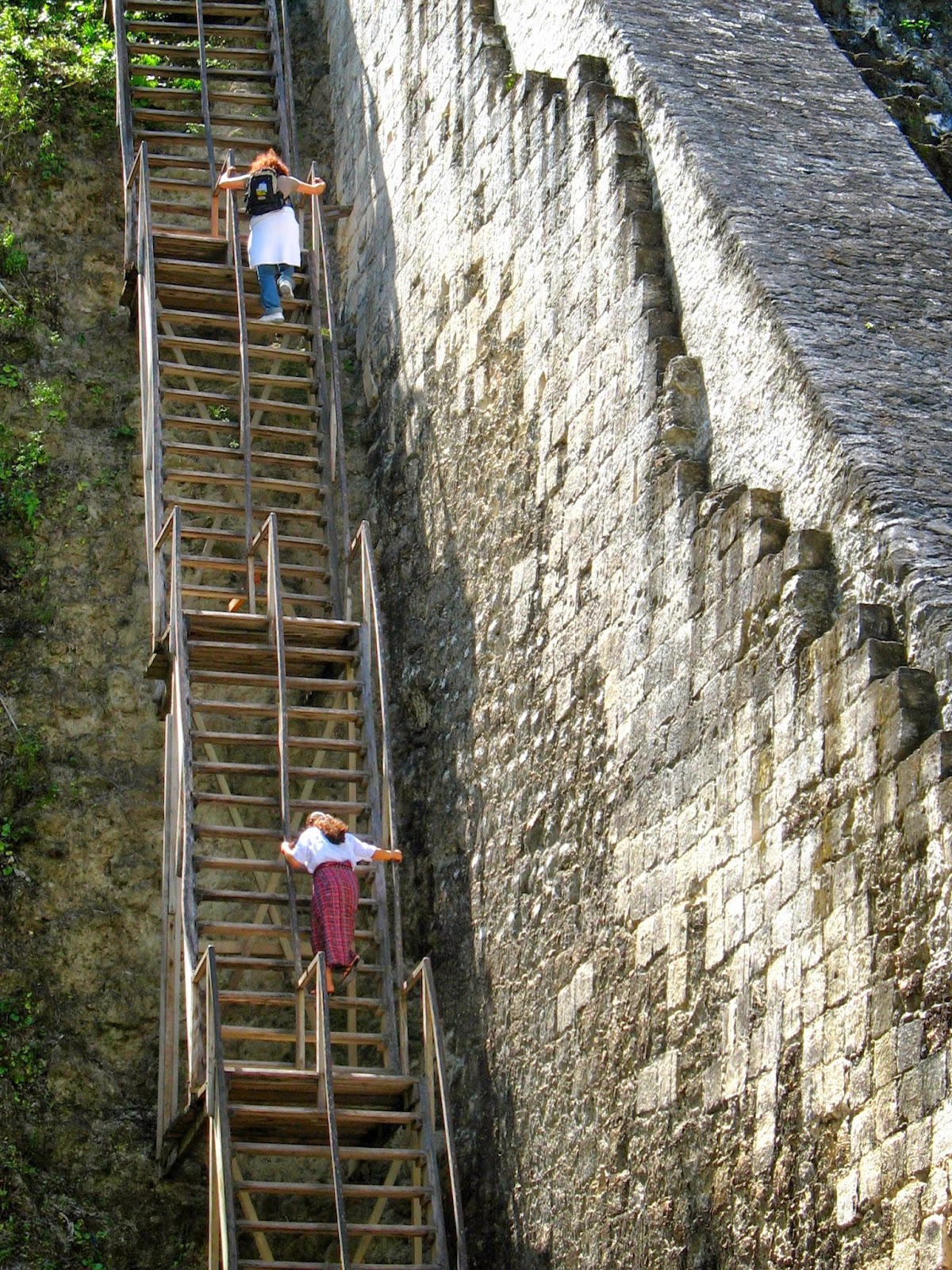 Up to Montréal--
some of the city's iconic
curving exterior stairs:

...and elsewhere in the city,
to the stairs reserved for
pilgrims climbing on their knees
up to the Oratoire St.-Joseph:

Speaking of St. Joseph,
and heading south now,
some believe in a legend that says
that St. Joseph is responsible for these stairs:

The 'miraculous stairs' of the Loreto Chapel in Santa Fe, NM 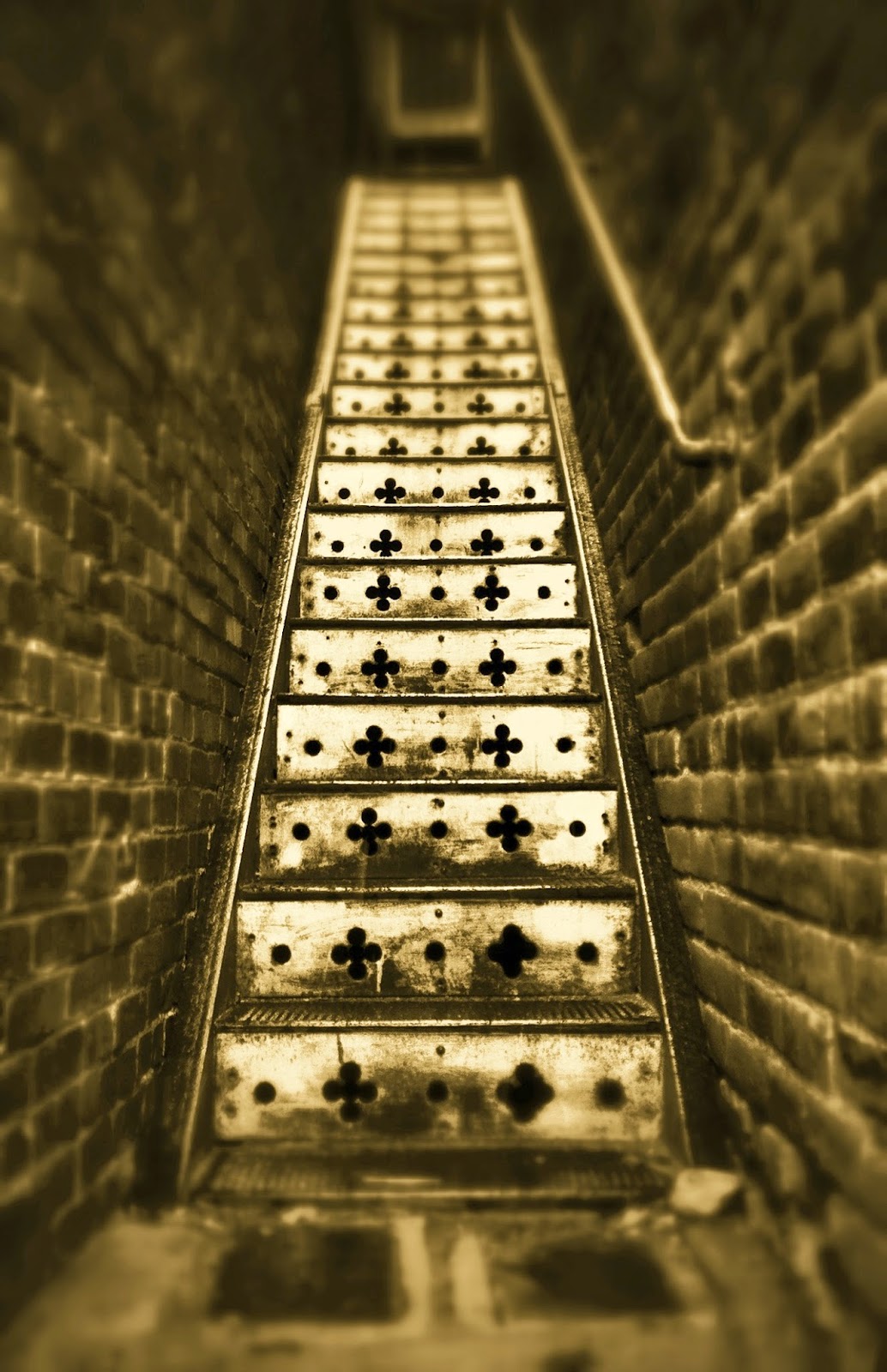 --one of my favorite architectural spots
in Bisbee, AZ,
just off 'Brewery Gulch'

And back to the Tucson area for the most recent scene,from just down the road--the utilitarian military stairs that descend to the underground control bunker of the only Titan Missile silo now open to the public: 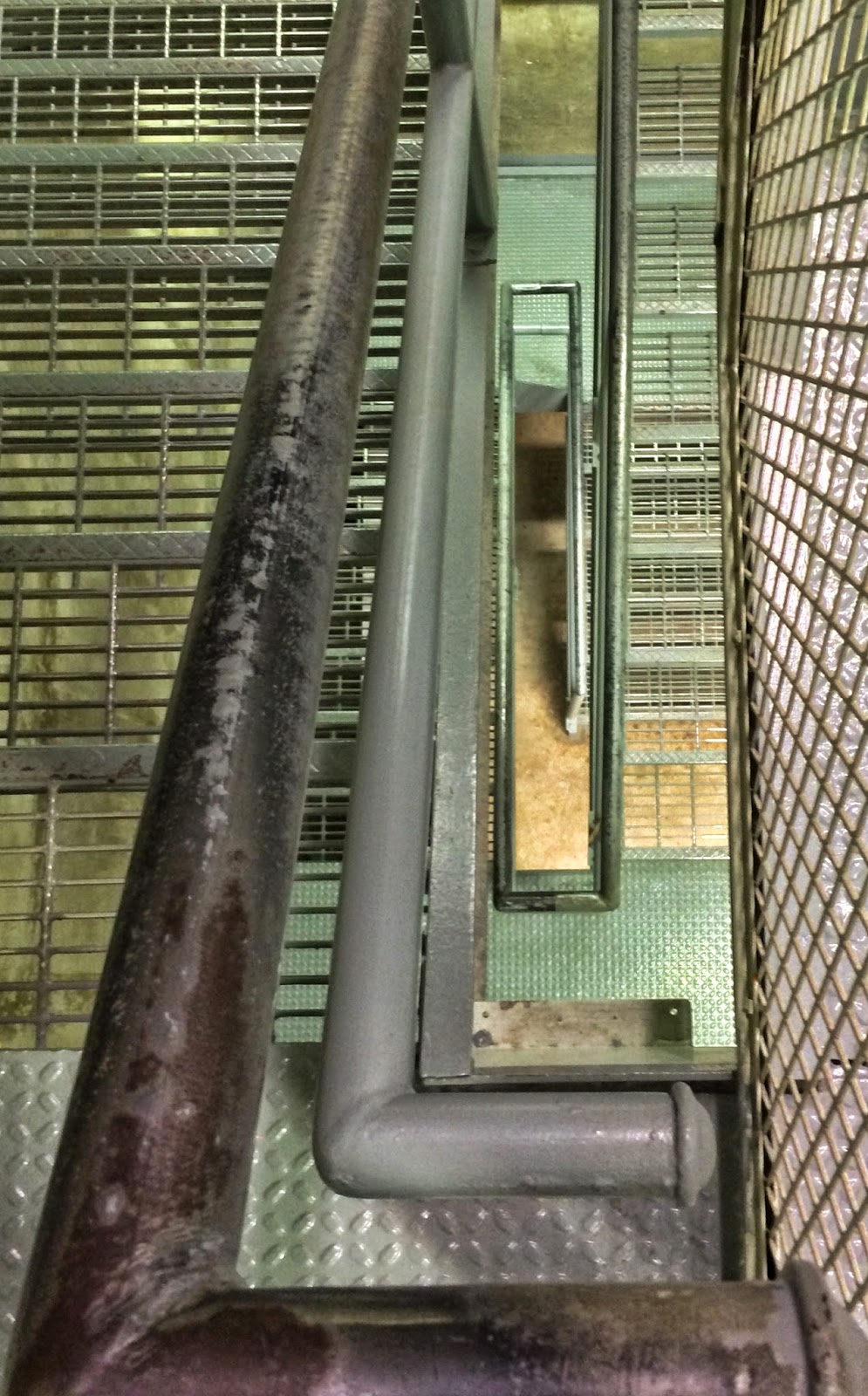 A sobering relic of the Cold War--
nothing like thoughts of
an nuclear-tipped intercontinental ballistic missile
to end with...