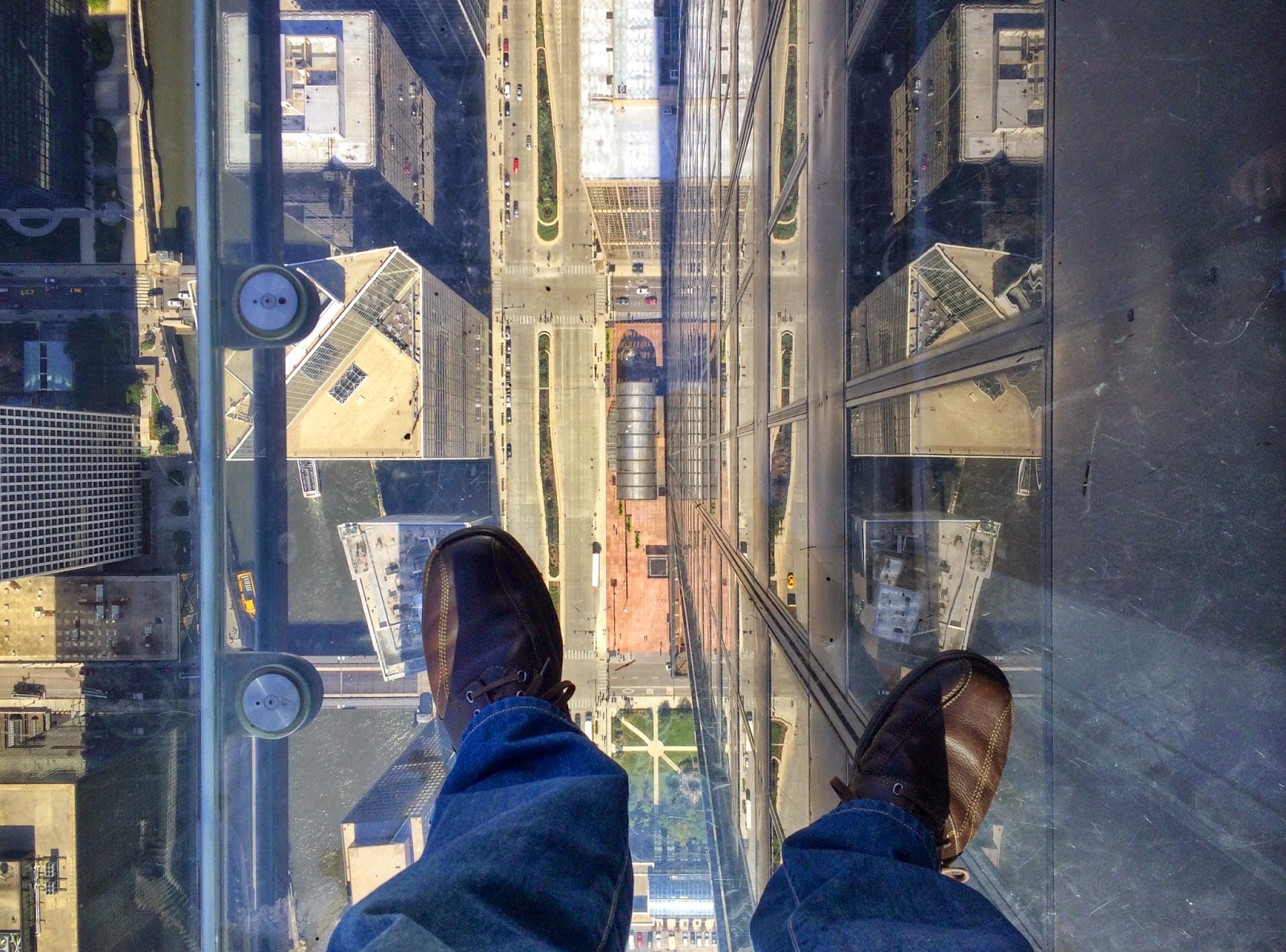 From 1353 feet (412 meters) above Chicago's streets, 103 floors up, looking down through the glass floor of the Willis Tower's Skydeck "Ledge"...

I was ten years old the last time I rode the elevator to the top of what was then the tallest building (originally "The Sears Tower") in the world; no glass-floor back then...So up I went last Sunday, at the beginning of a week-long stay, taking advantage of my school-district's Fall Break to go see relatives I'd not seen in years...

Even going just after opening time on a Sunday morning, I ended up spending an hour waiting in lines--to go through security, to buy a ticket, to get on the elevator...but definitely worth it. Just know that you'll spend a lot of time waiting. I don't want to imagine what the crowds would be like on a clear summer weekend... 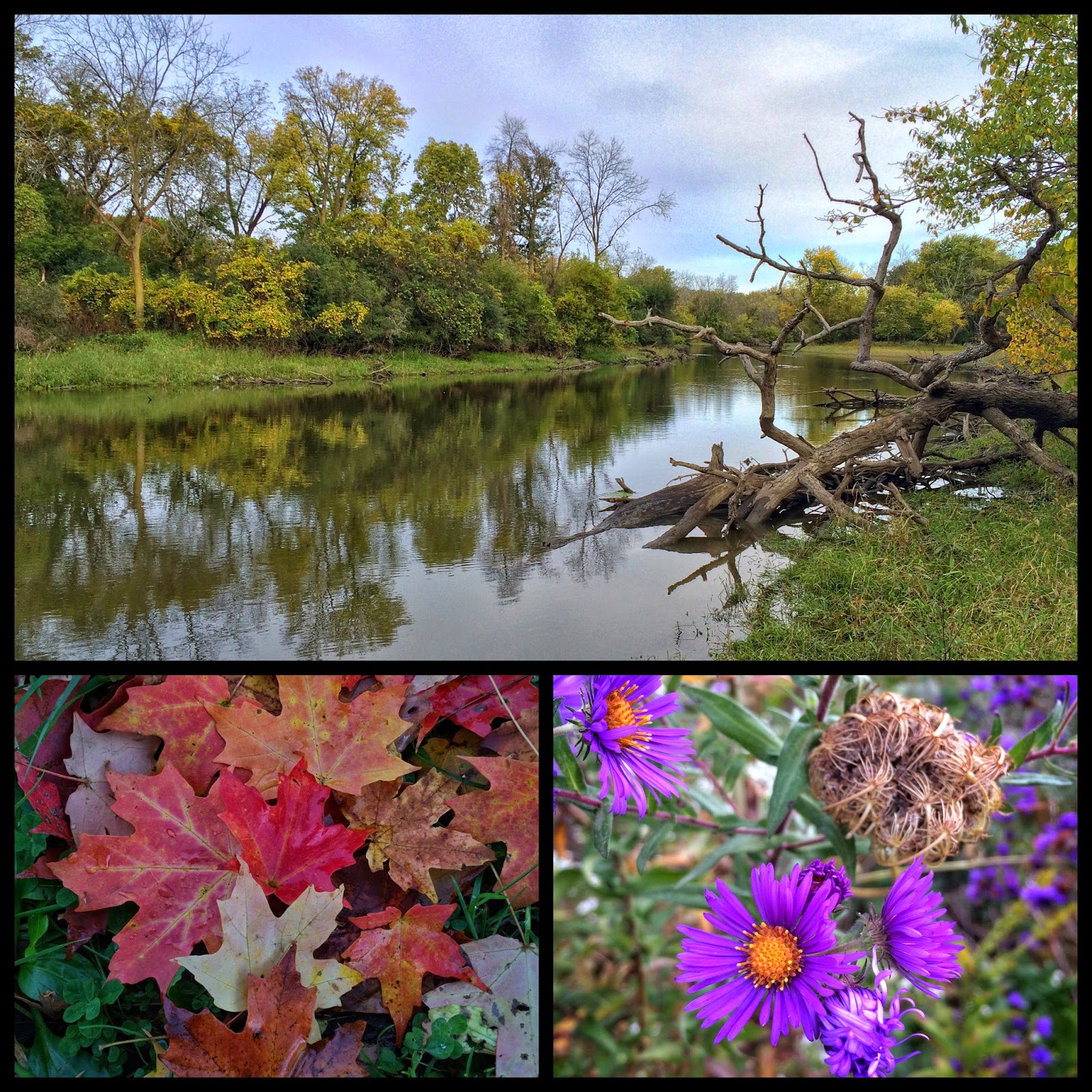 You don't have to go far out of the city to find such a bucolic setting, fortunately.
Starting up near the Wisconsin border, the Des Plaines River trail system winds over 50 miles  through Forest Preserves down into western Chicago: 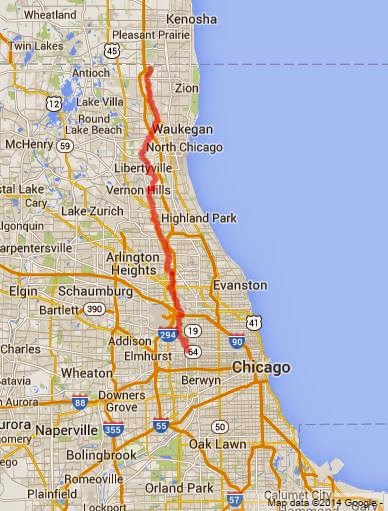 It's true, though, that you don't go to Chicago just to see trees;
Millenium Park is one of the best places from which to admire the architecture: 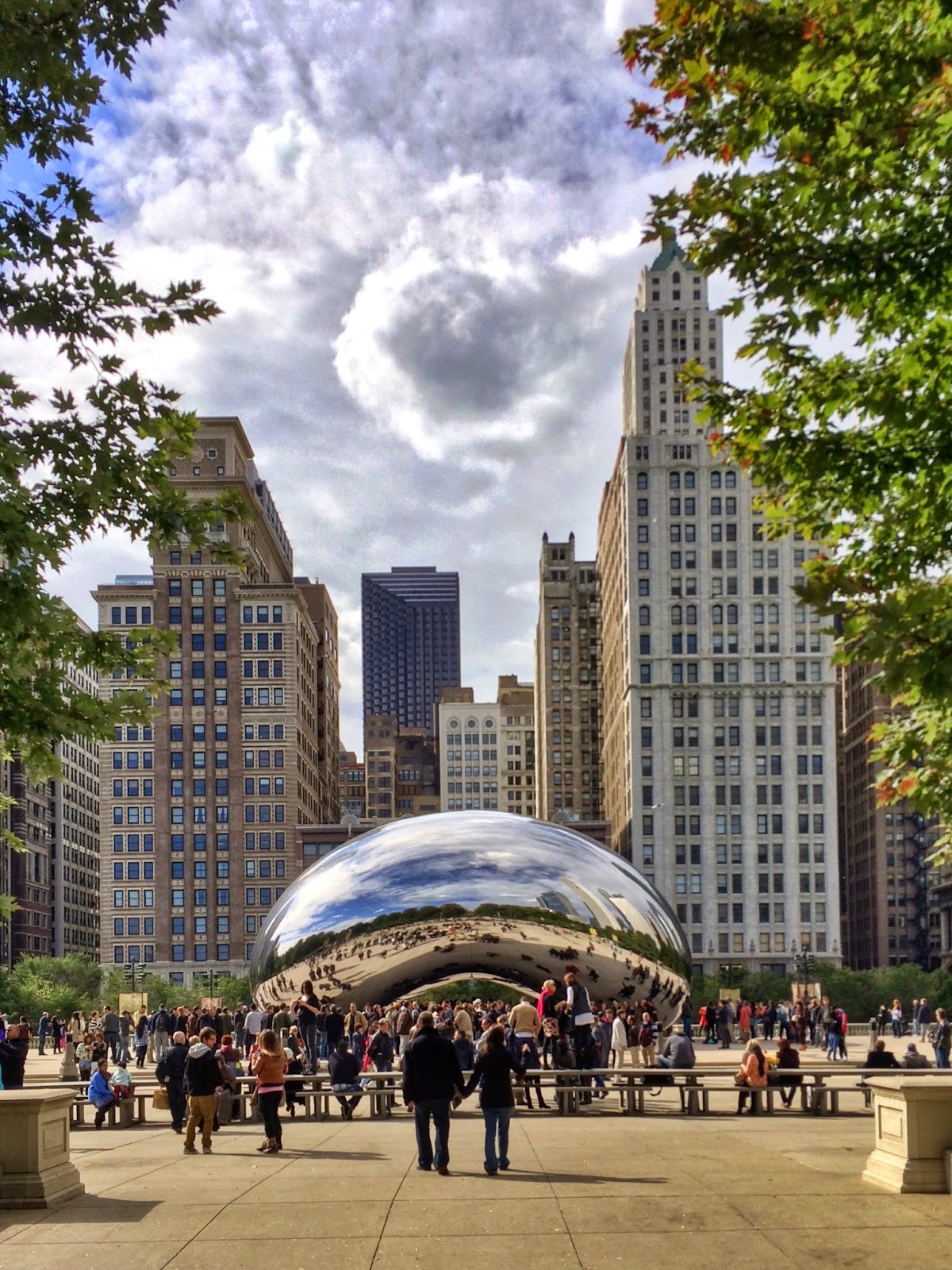 I'd wanted to see "The Bean" (officially known as "Cloud Gate") ever since it was installed back in 2006; this public art by Indian-born British artist Anish Kapoor has become one of Chicago's best-loved landmarks, surrounded by a constant sea of selfie-takers... 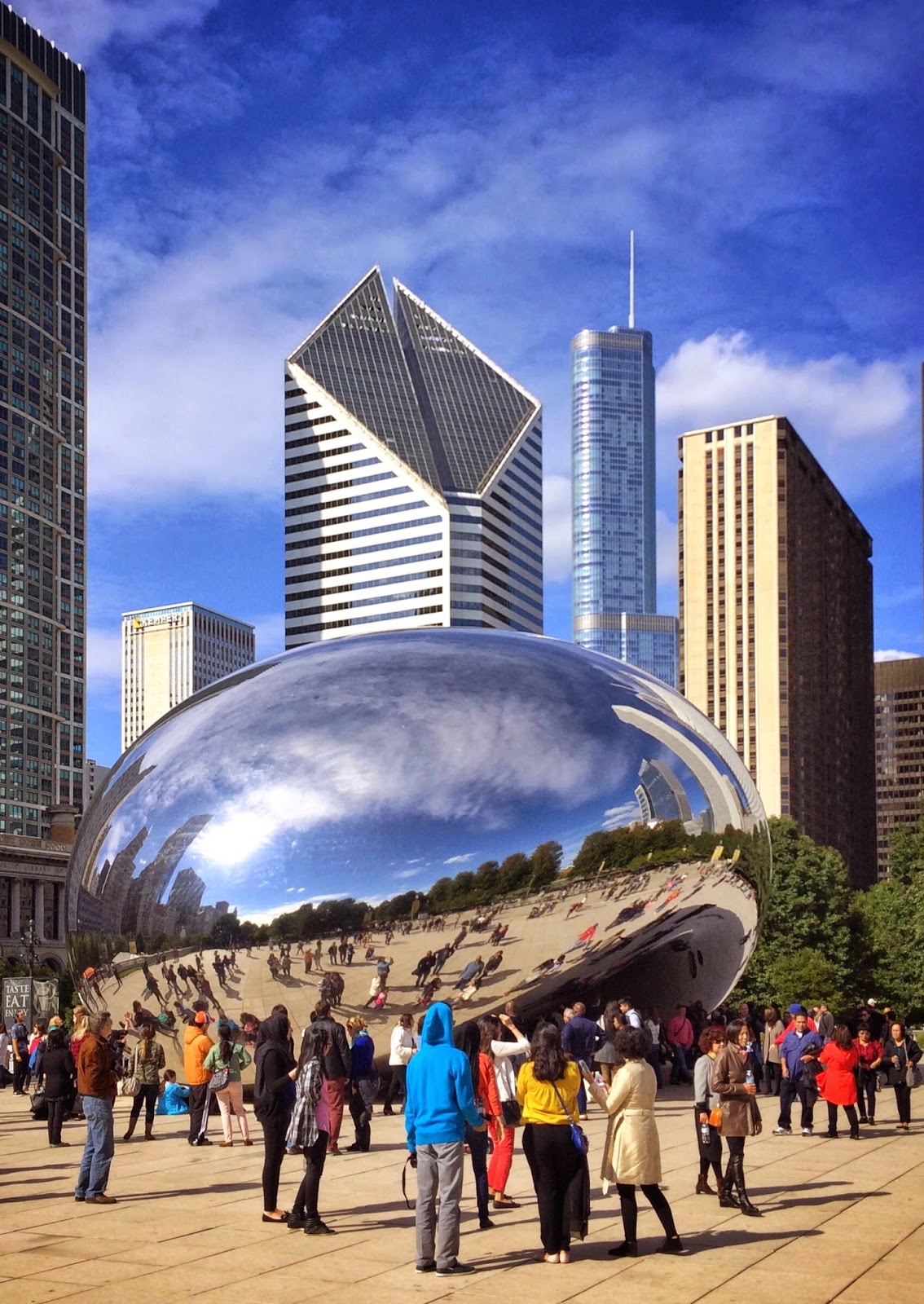 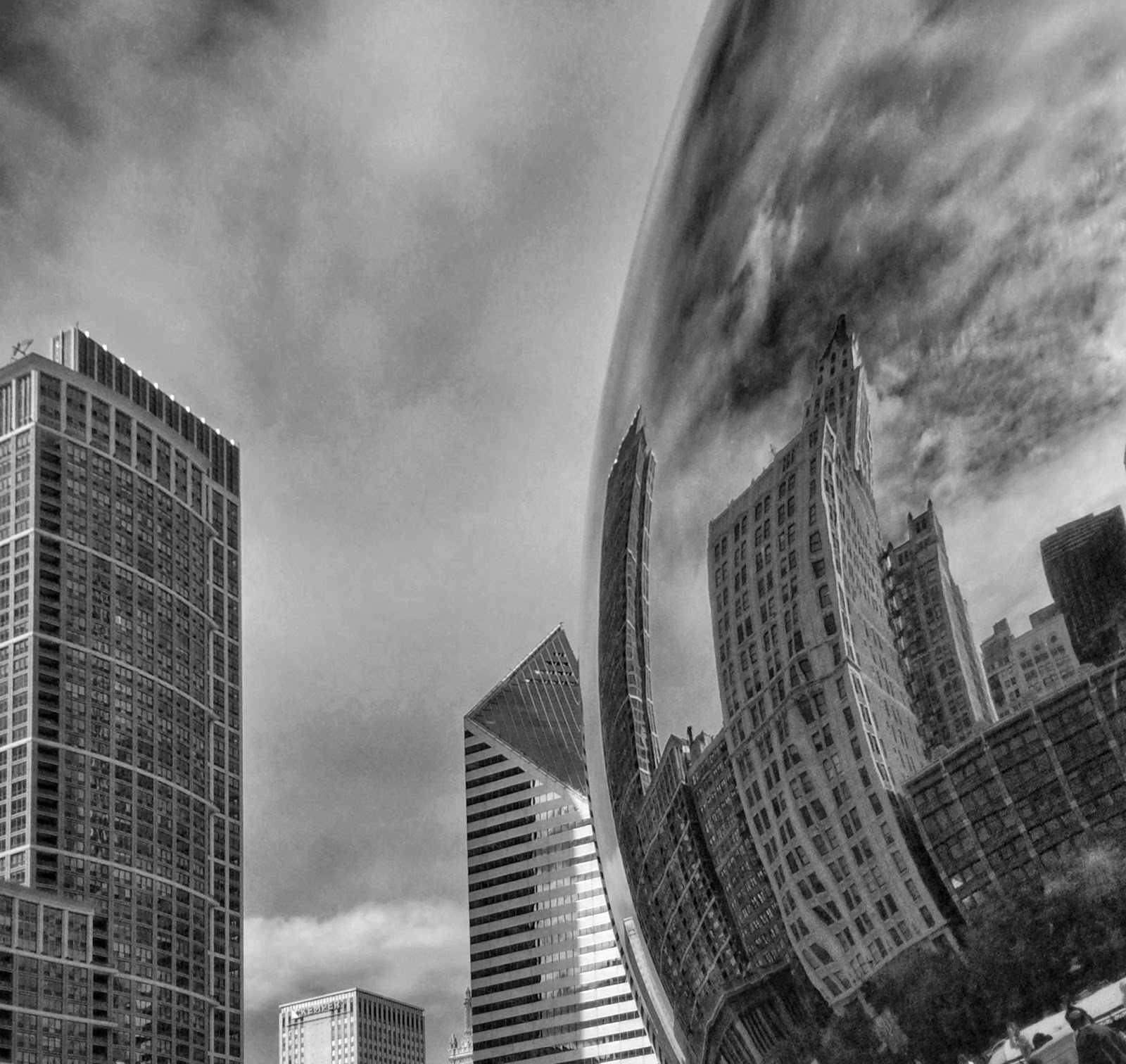 ...and here's the Legacy Tower, a residential complex;
how'bout a slice of sky to go with your skyline... 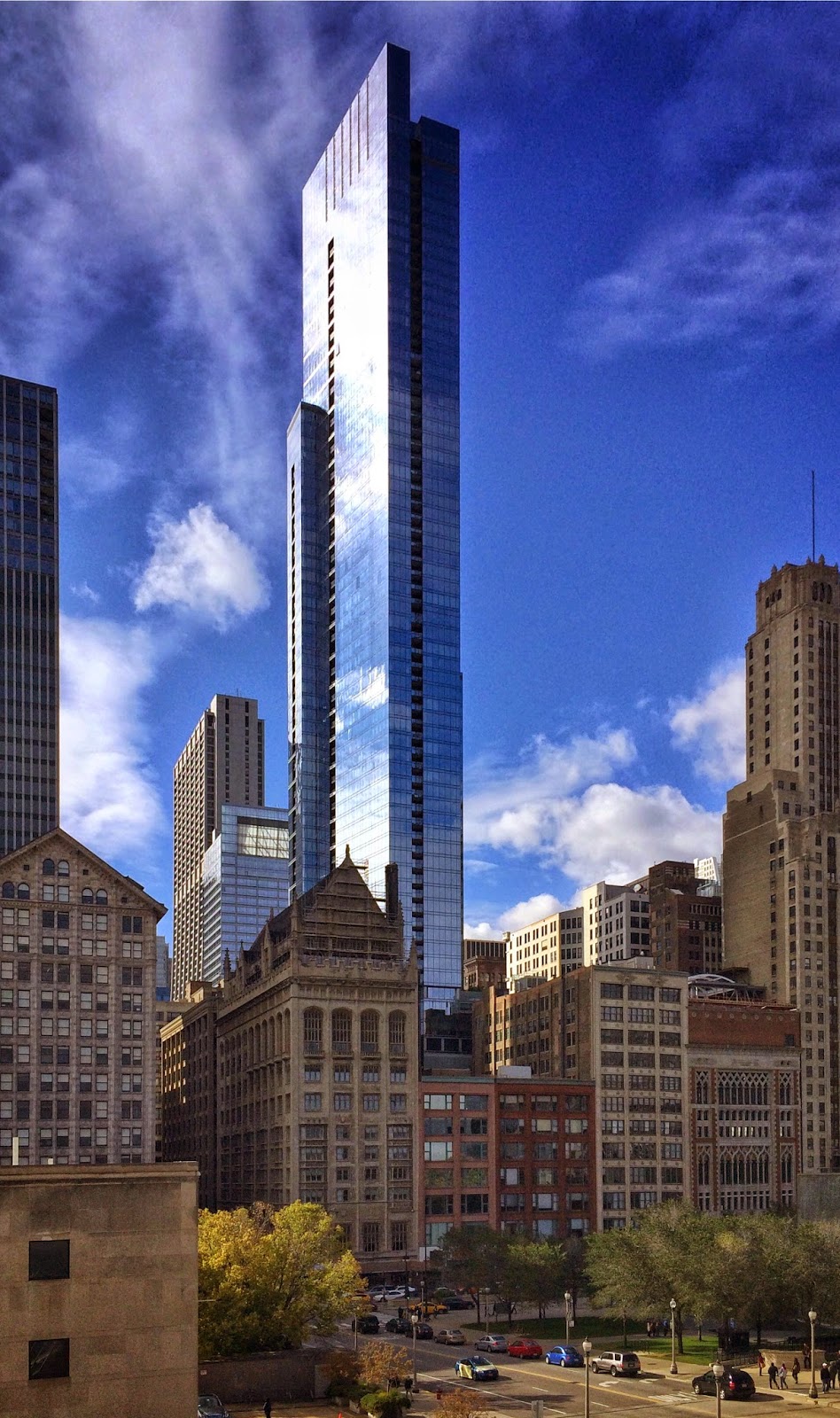 And, a (not-so) random scene from the campus of the University of Chicago: 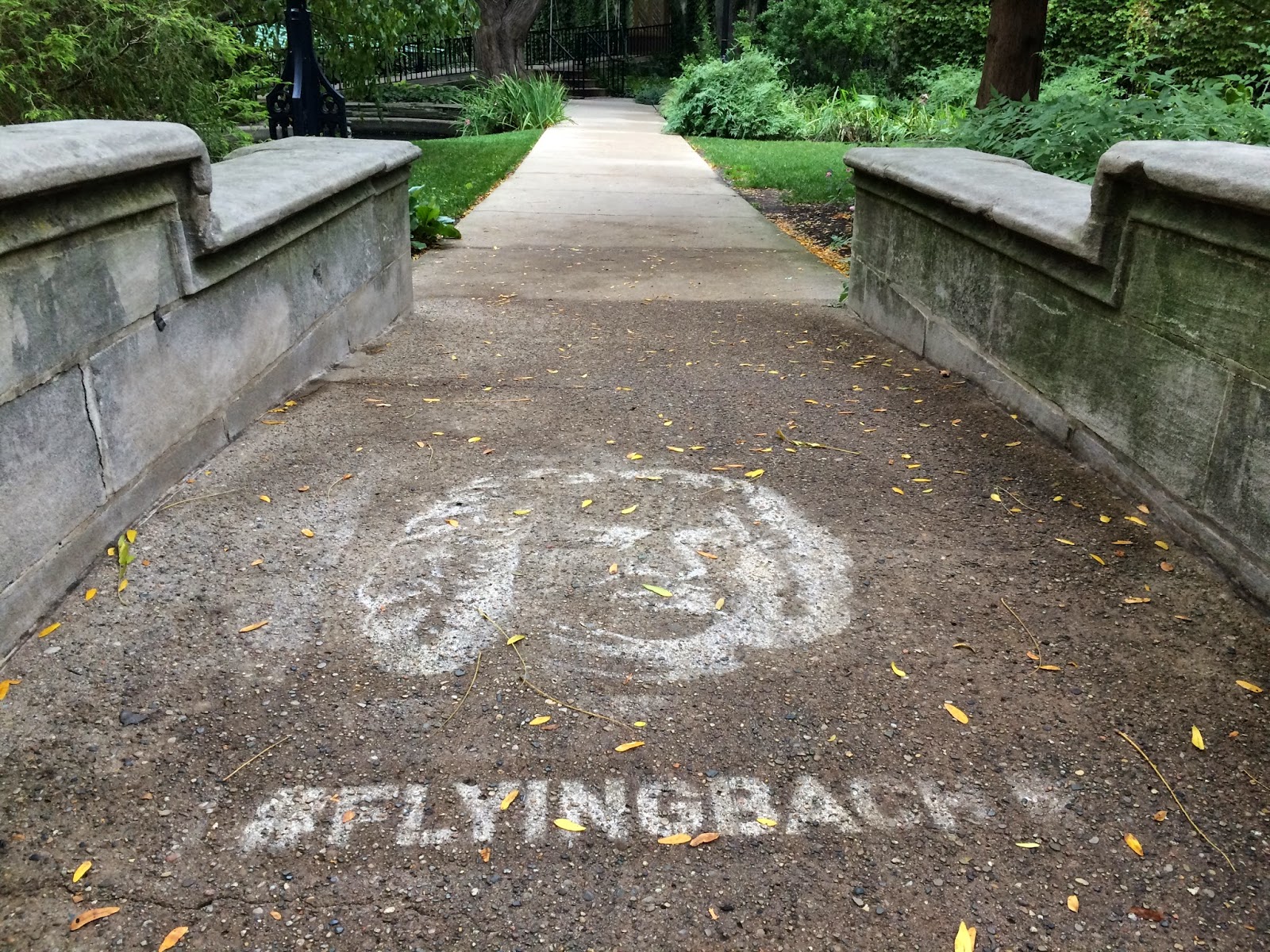 Years ago, I'd visited some friends who were going to school there, and we wanted to check out the Oriental Institute, an on-campus museum that contains one of the finest collections of Middle-Eastern Antiquities in North America...that day, though, the one day I was able to be there, the museum was closed. CLOSED! It ended up taking me twenty years to get back there... 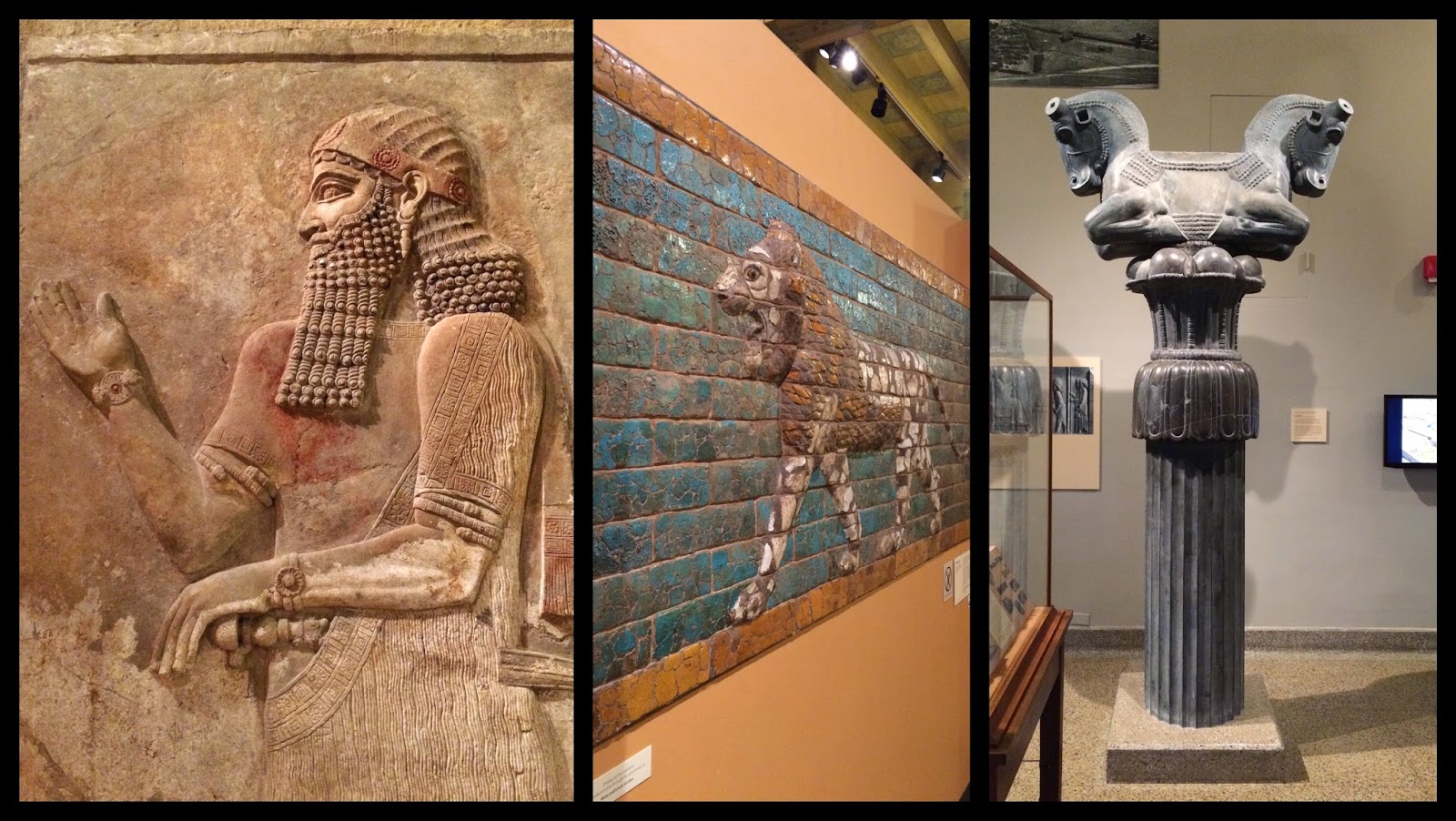 I know, I know, using the word "gem" is a cliché--but, truly, truly, this museum is one! Just a sampling of its collection, above: that's Sennacherib on the left--a sculpture from the throne room of King Sargon of Assyria! Then one of the lion-friezes from the ceremonial Ishtar gateway in Babylon!! And then, a column from the Persian capital from the reigns of Darius and Xerxes!!! If you have any interest at all in ancient archaeology, the accounts of Herodotus, or Biblical history, you'll wander these galleries with goose-bumps. 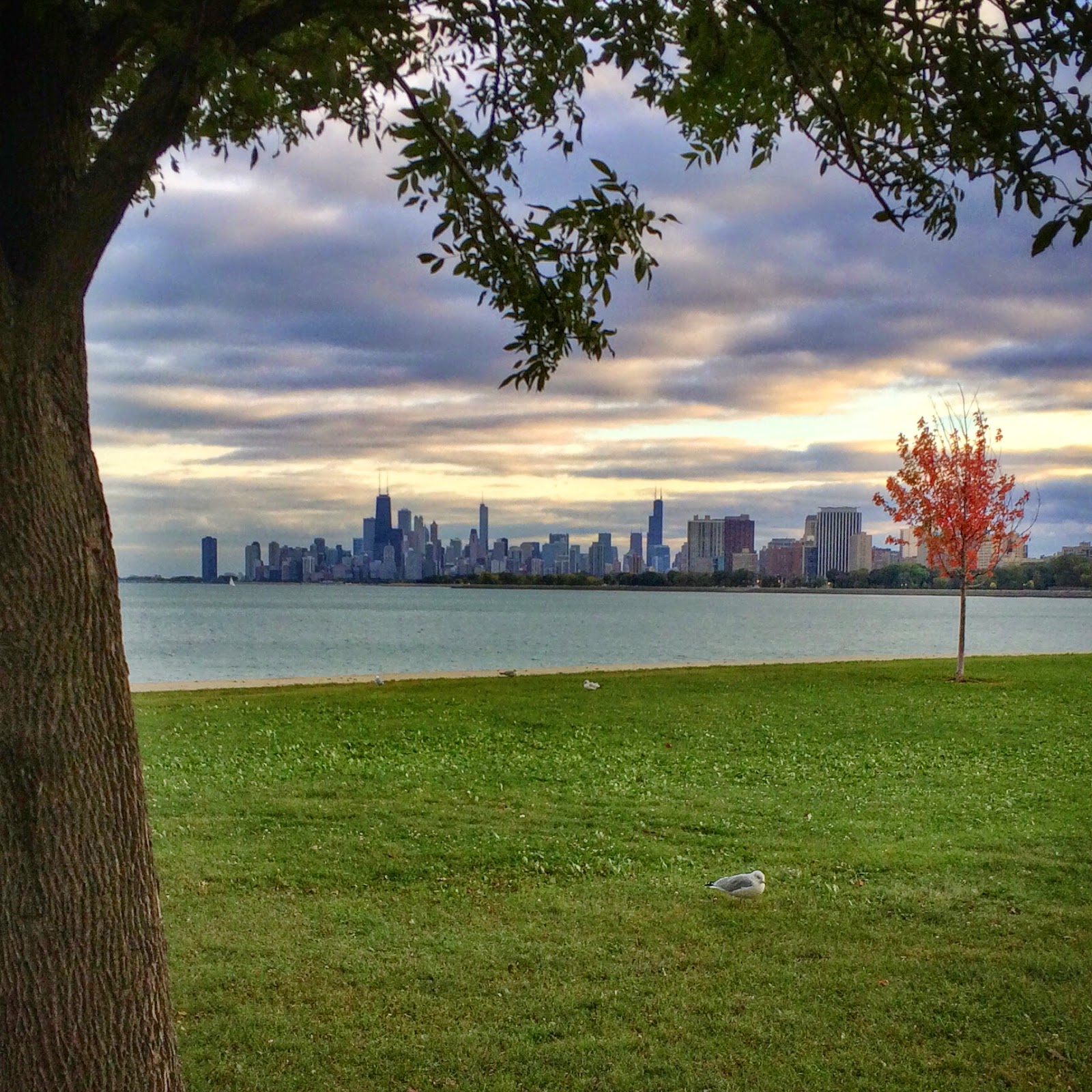 ...I mean, what other city in the U.S. can compare with this vast lakefront?

Back to running--or rather, to what you do after a run.
One morning, after running along the Des Plaines River, I stopped for coffee and a pastry,
but this is no ordinary "French bakery": 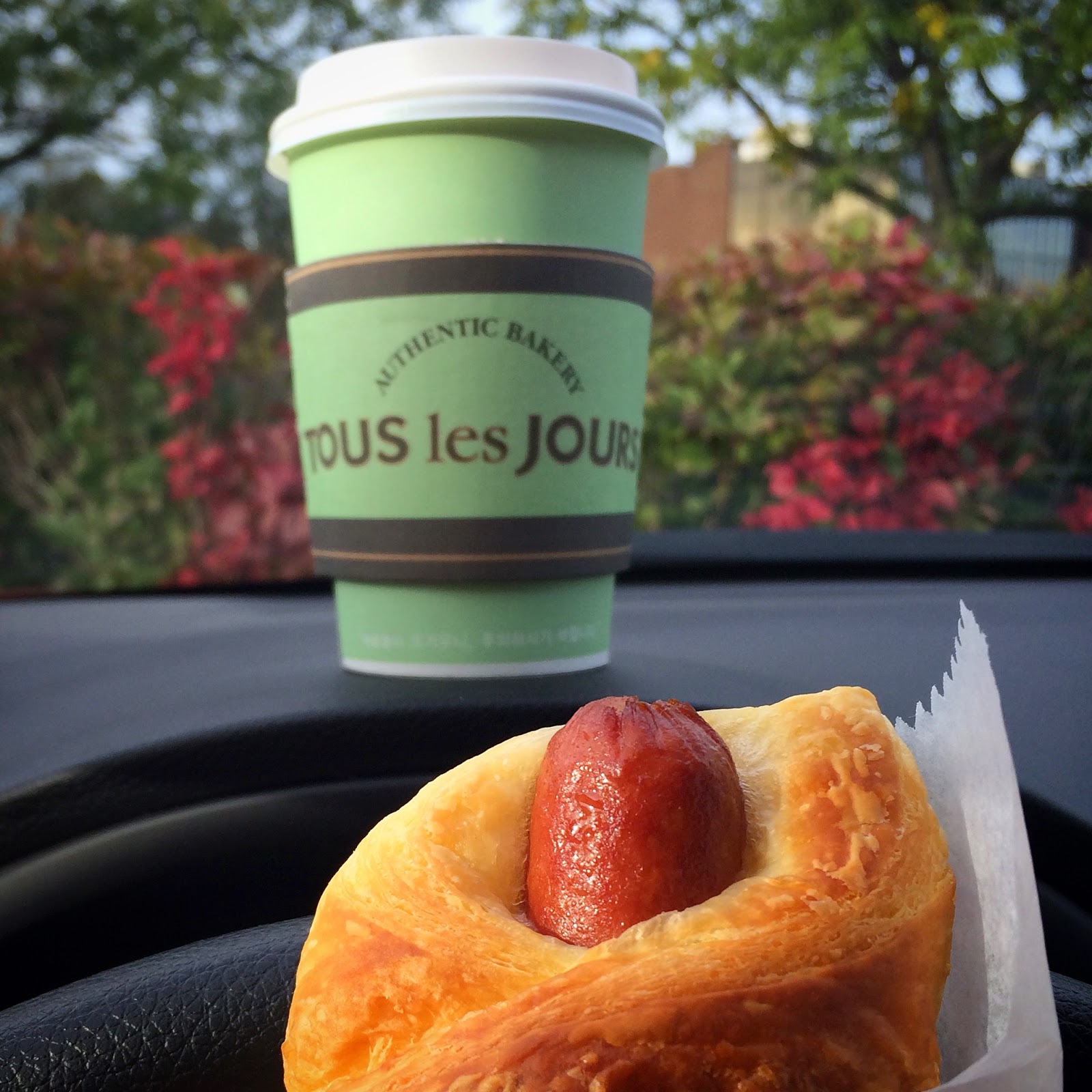 It's not really "French" either, despite its name...rather, it's authentically...Korean.
The northwestern parts of Chicago have become very Koreanized, and "Tous les Jours" is a good example, even if at first glance you wouldn't think so. You see, "Tous les Jours" is based in Seoul. That's right, Seoul...and they're as ubiquitous there as Starbucks is in Seattle. Voilà. And that glorified pig-in-a-blanket would be a 'soh-see-jee.' In a croissant. Vive les pâtisseries franco-coréennes!

Historically, Koreatown in Chicago was centered along Lawrence Avenue, in the city...now it's moved to the 'burbs... Ethnoburbs. They're here, and full of tasty things...

...like these kimchi-mandu: dumplings filled with minced kimchi and pork...Try them at Wooil restaurant, in Buffalo Grove, maybe a 20-minute drive north of O'Hare: 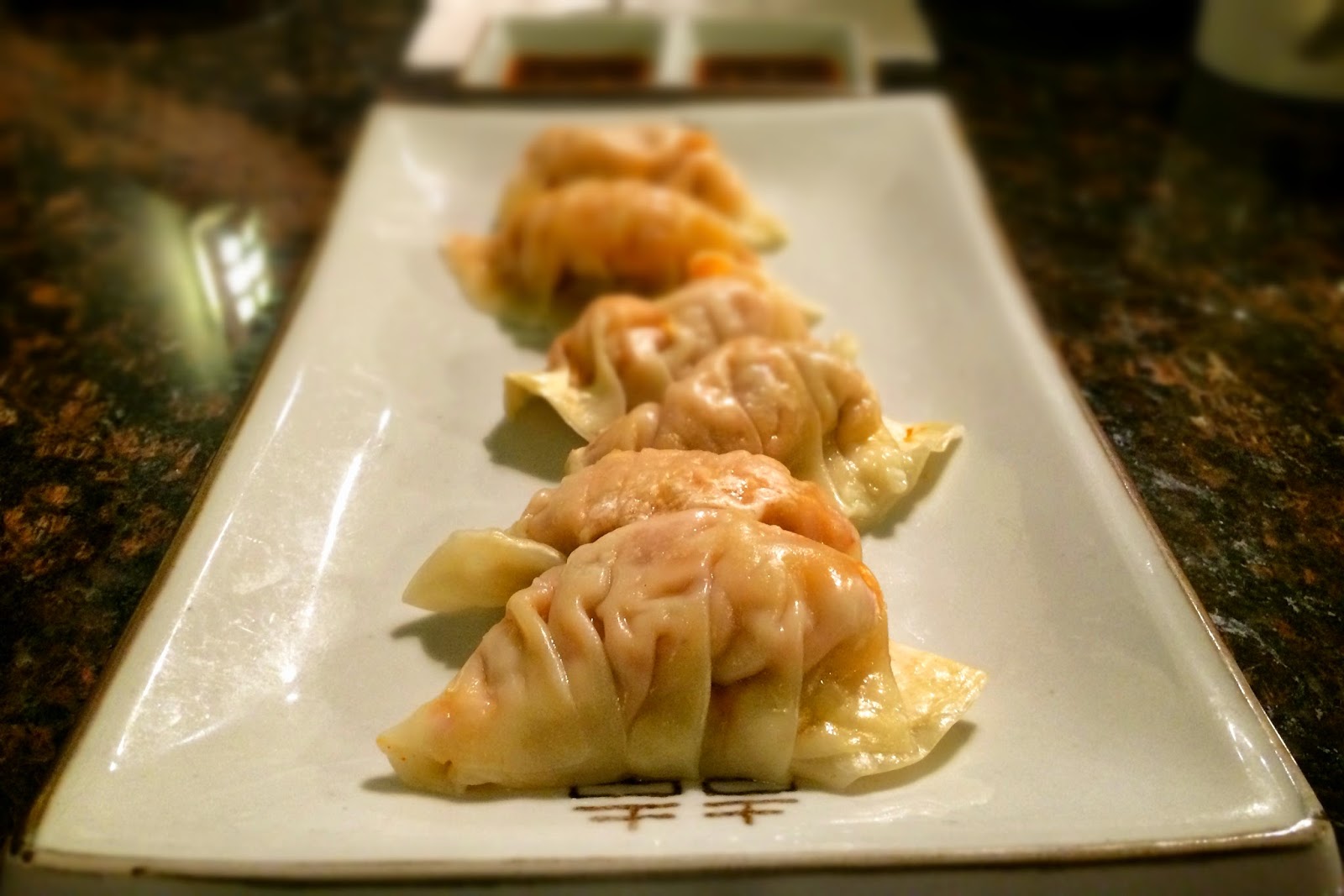 Okay, back downtown. If you look very carefully up the western façade of the Willis Tower, you can just make out the glass-floored 'ledges' at the top: 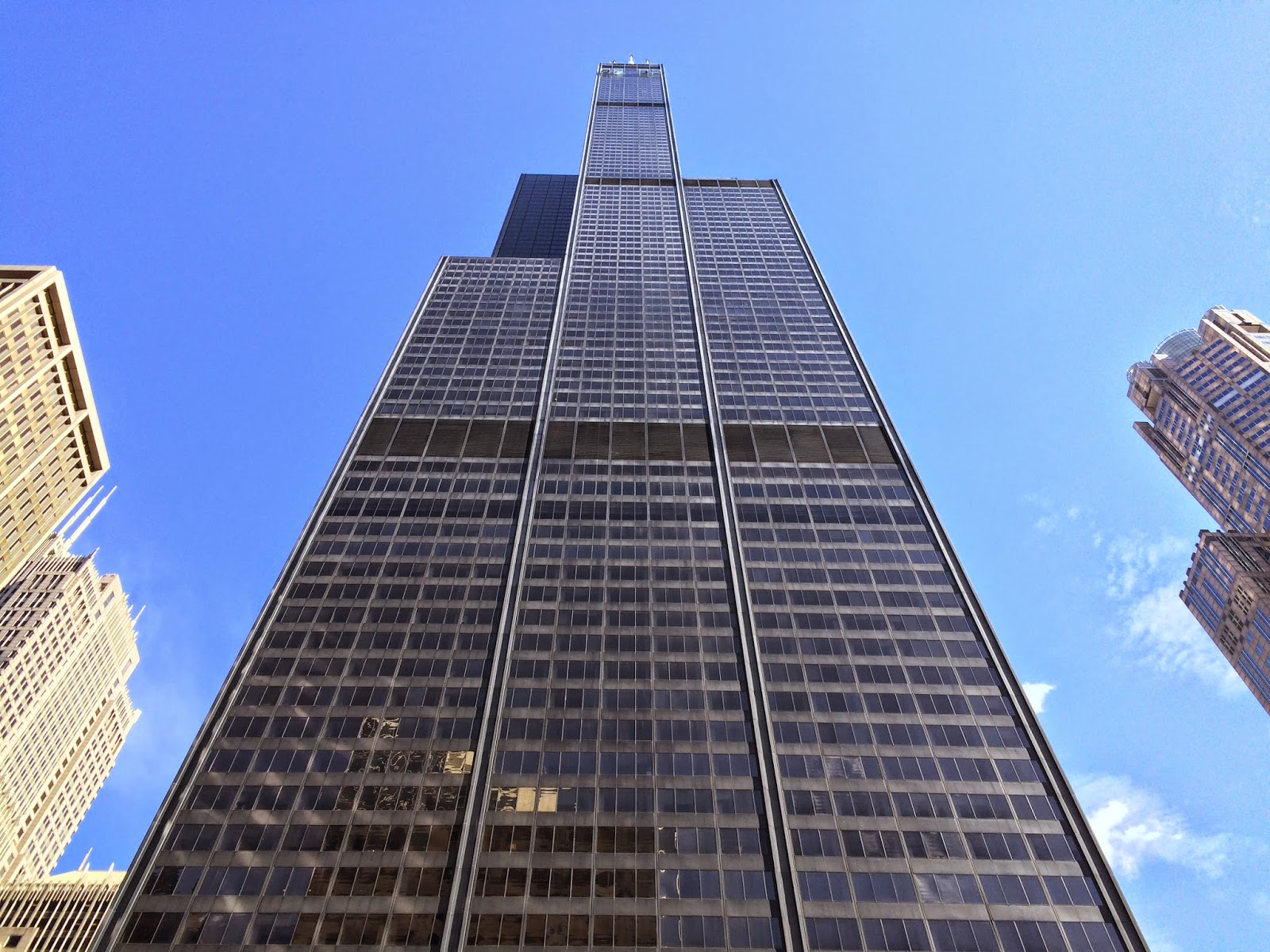 Not for the acrophobic, and you might have to stand in line (again),
to get your turn to stand 'in the air'...
but come on, it's just cool.
The ten-year-old-boy in me still jumps at this. 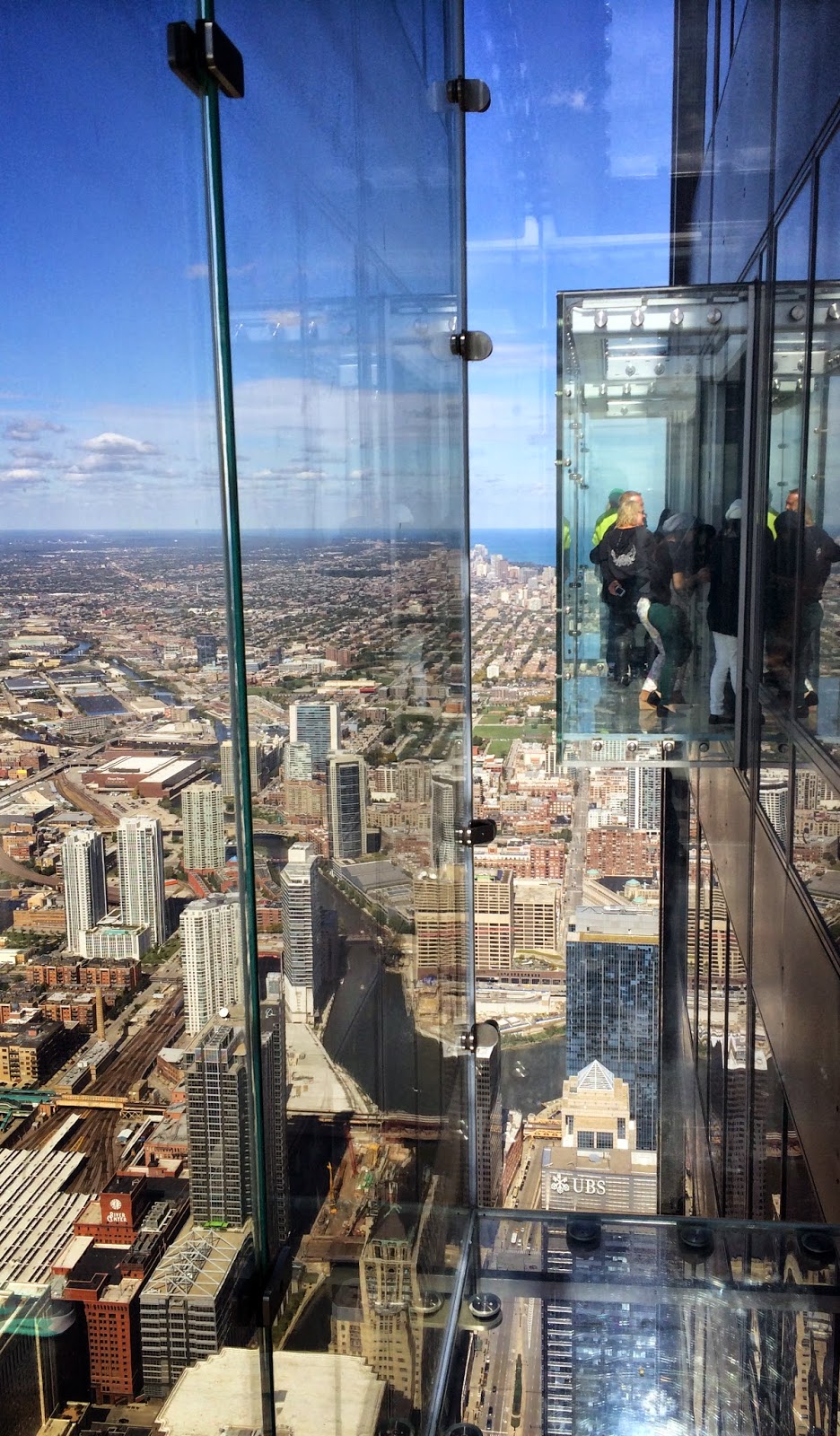 Looking to the north and northwest: 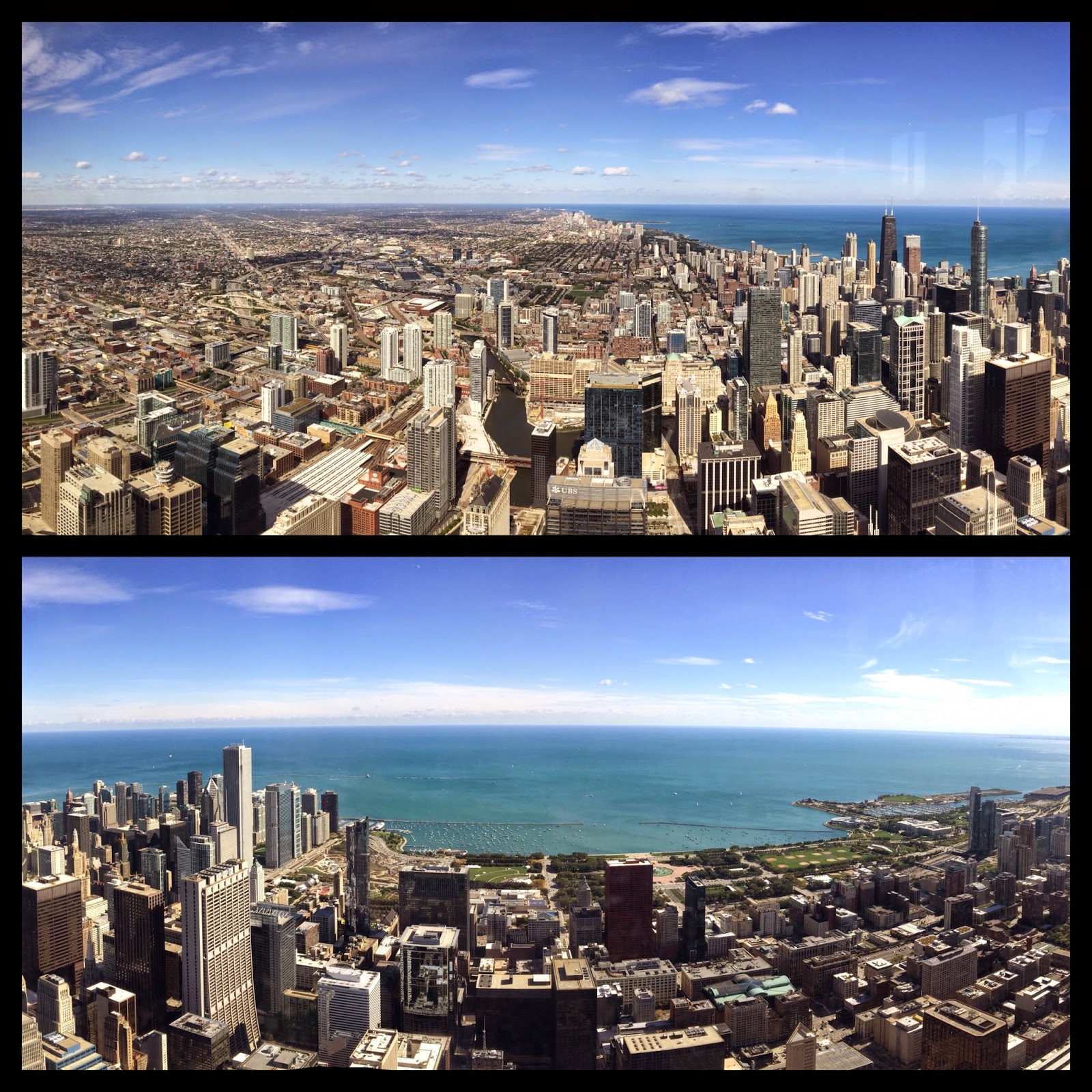 ...and to the east over Lake Michigan... 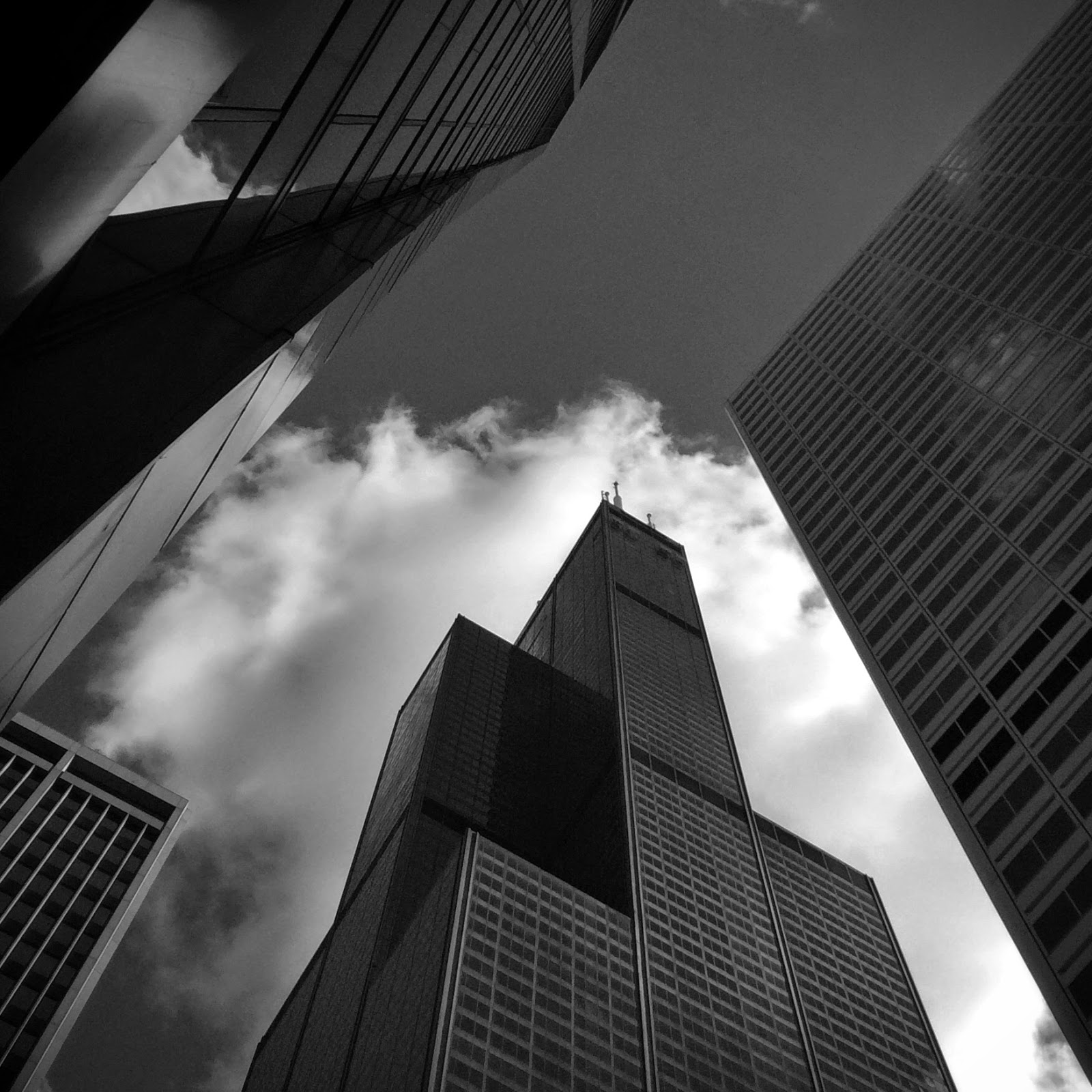 Out of the steel-and-glass canyons, into greener space,
another trail run along the Des Plaines River, this time well north of the city,
in one of the preserve's sections near Gurnee, Illinois: 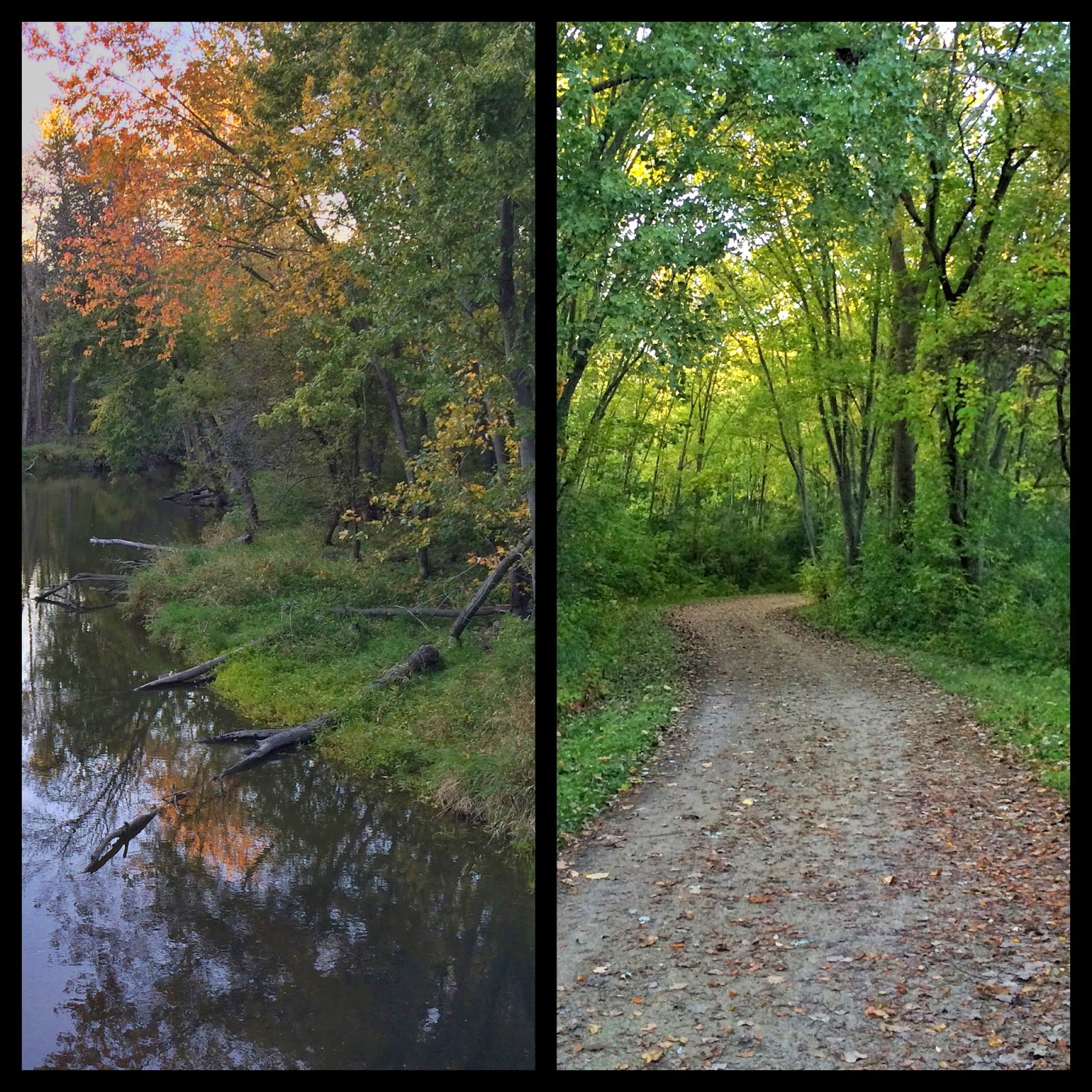 Suburban rush-hour is a world away when you can lose yourself among the trees and wetlands... 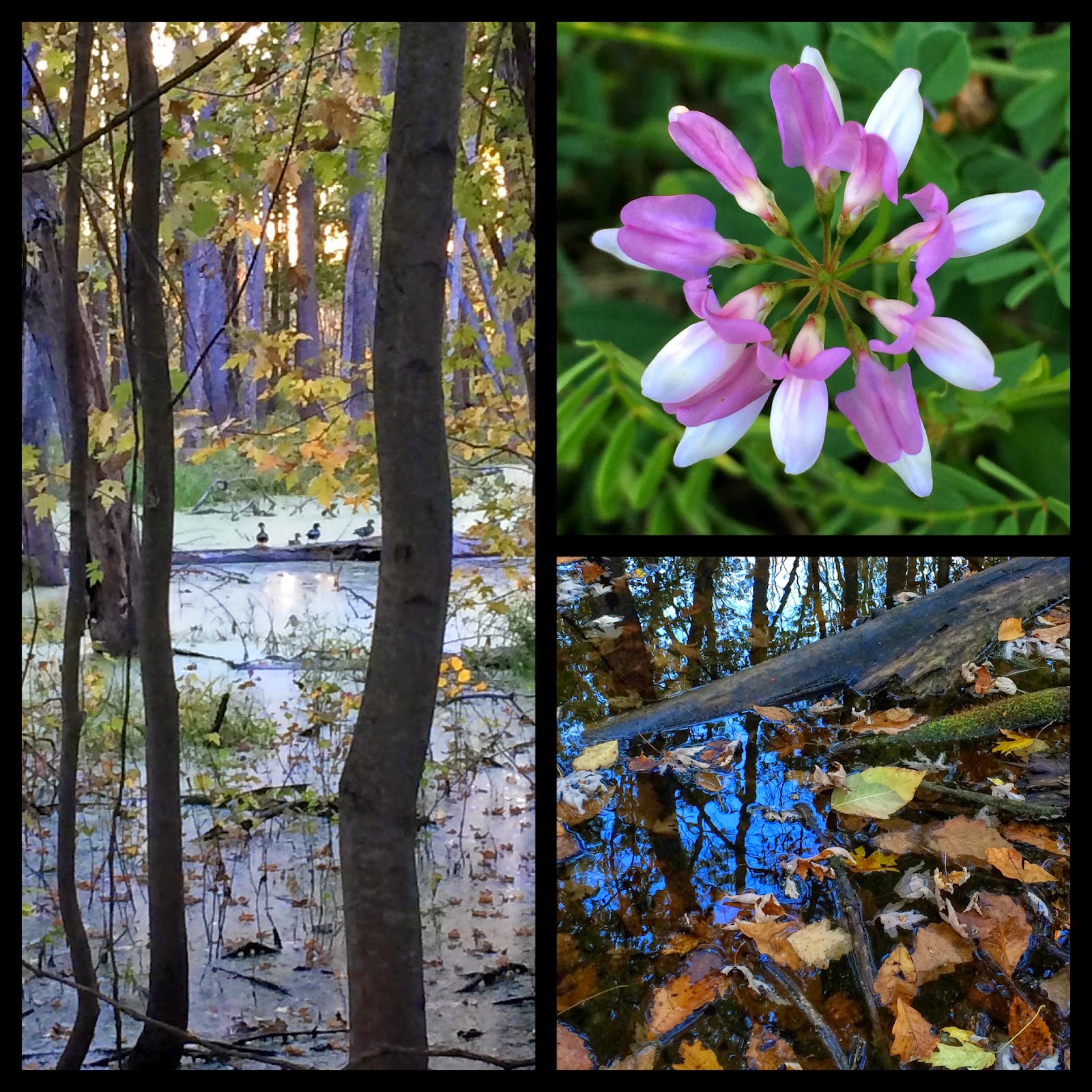 Being October, and along with the fact that I've lived in Tucson for seven years now,
the trees in the Midwest are such a treat this time of year: 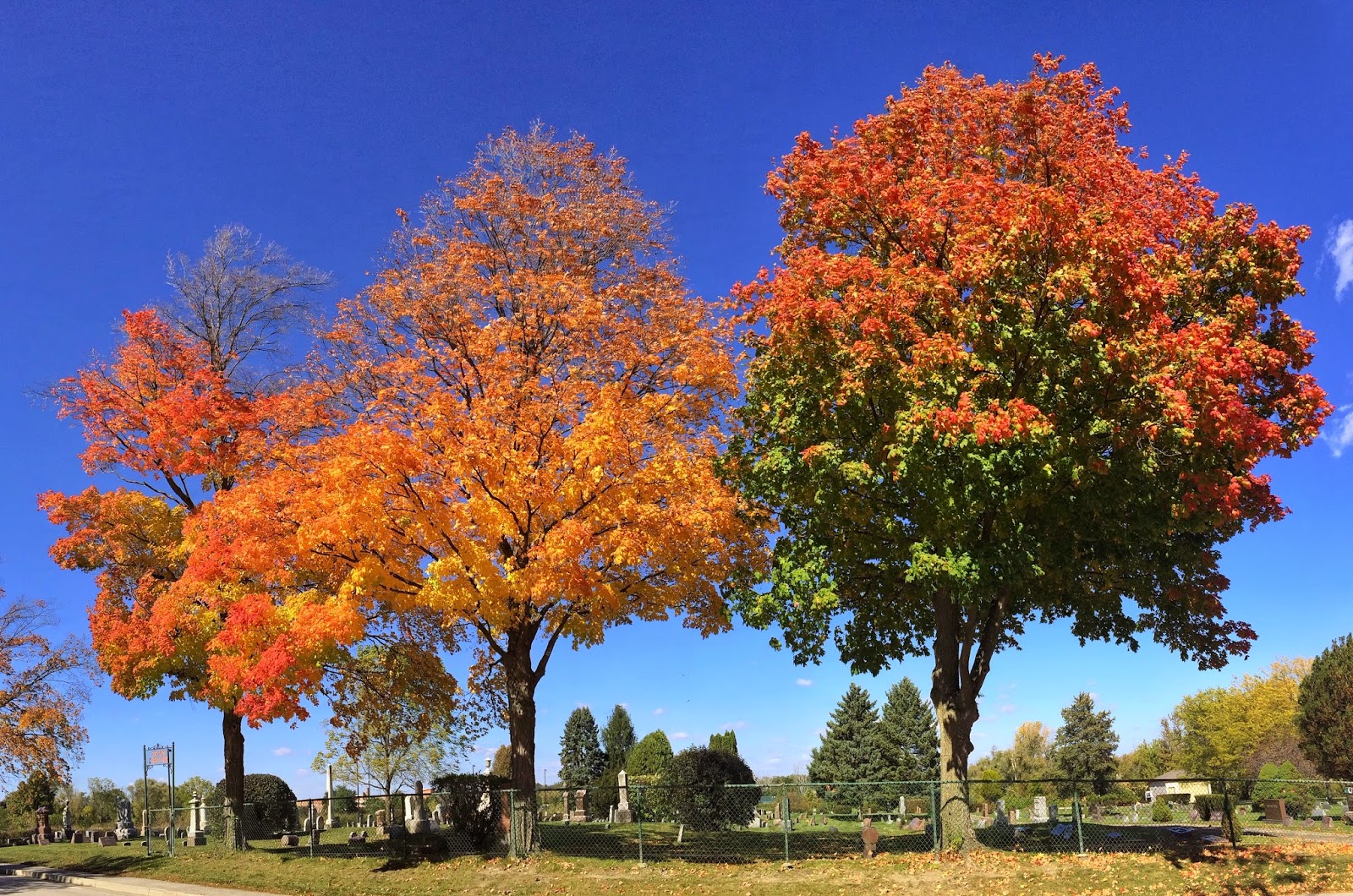 One of the best places to run in the Chicago area is found in its far northwest suburbs: the Rollins Savanna Forest Preserve--1200 acres of wetlands, wildflowers, prairie grasses, and oak groves: 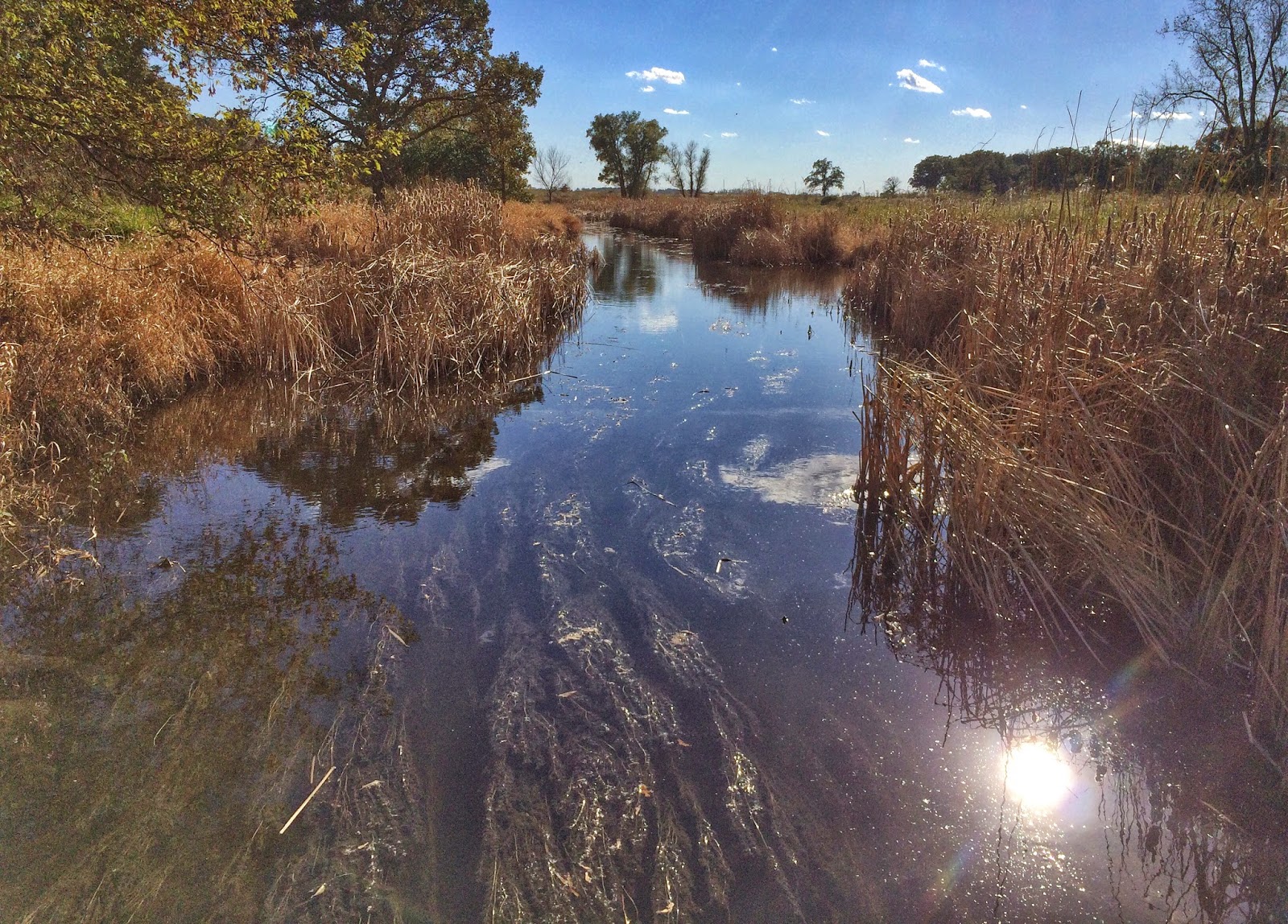 If you combine the two main loops, it makes for a nice 6-miler... 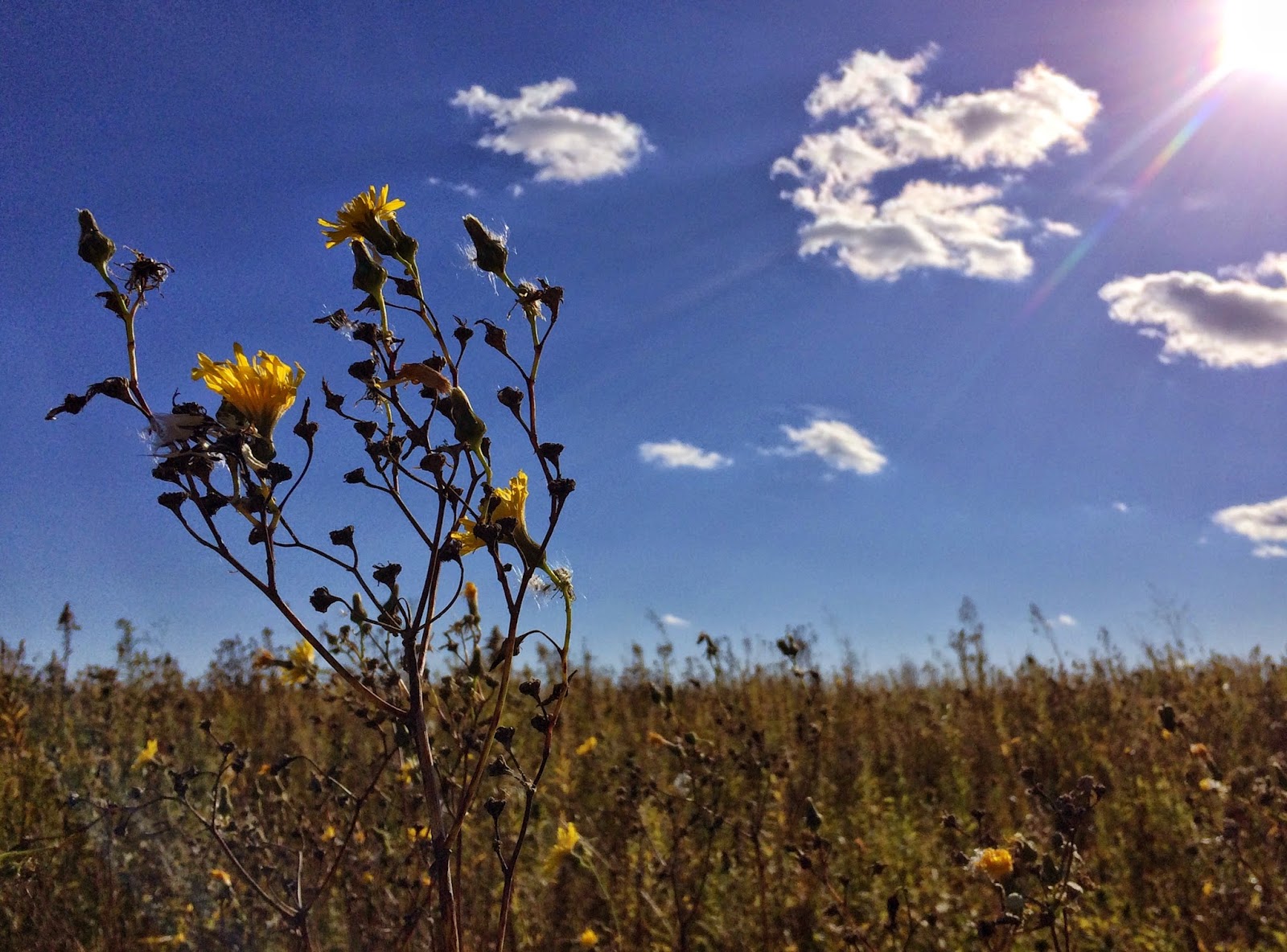 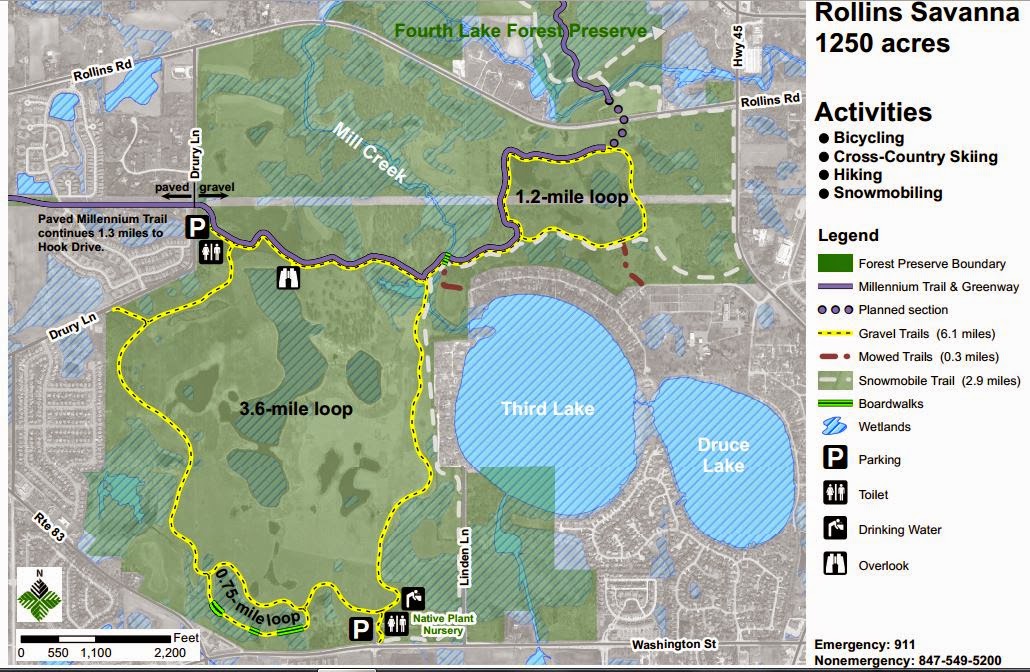 (the full-sized pdf can be found here)

...and since the first frosts haven't arrived yet, the last of the summer wildflowers are still around: 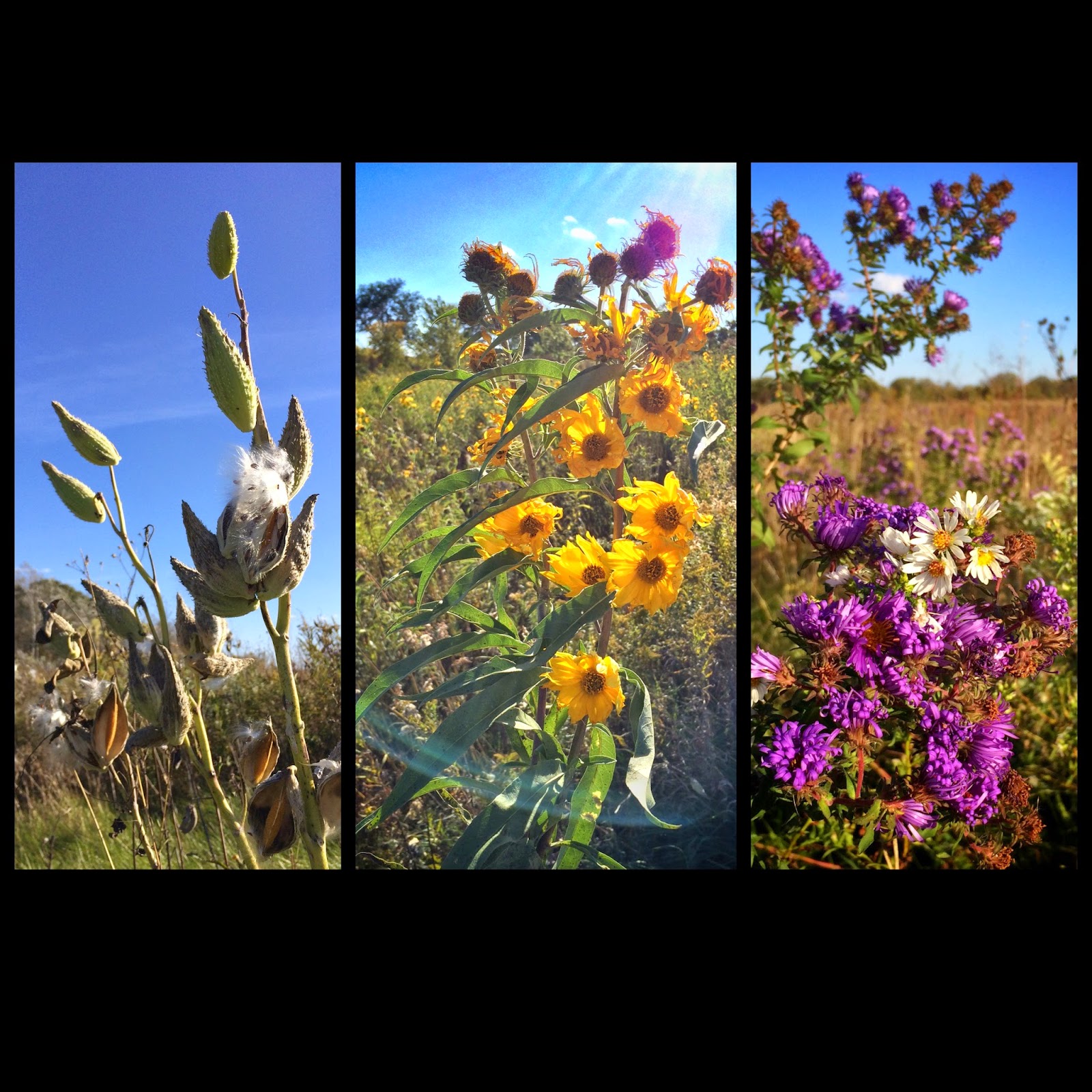 On my last full day there,
before flying back to the Arizona desert,
time to soak up some aquatic views: 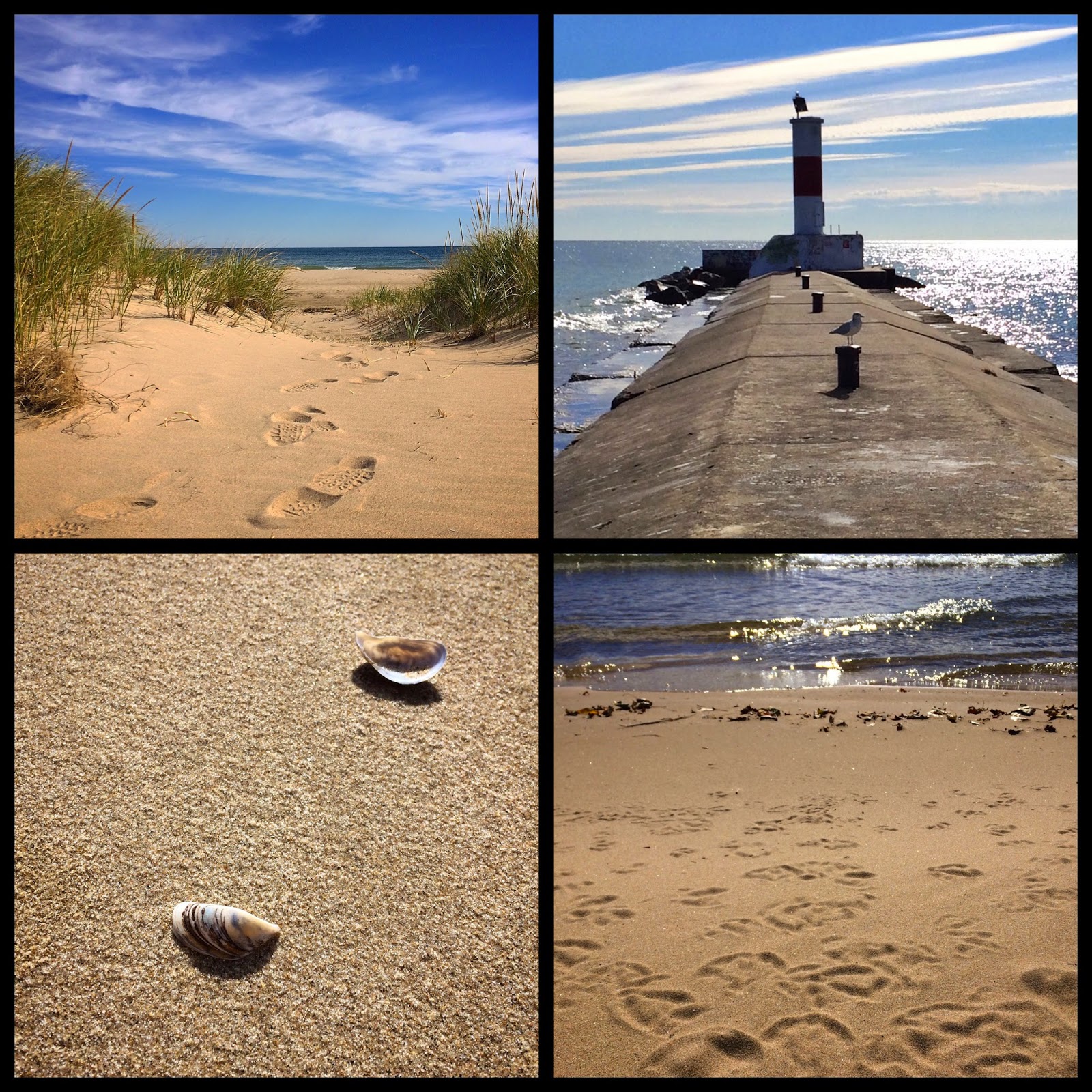 ...along the lakefront in Waukegan:
Lake Michigan truly is an inland sea--
dunes, jetties with gulls,
birdprints on flour-fine sand, and even a few shells...