Another Labor Day, another run among the saguaros...

I've been back in the classroom for over four weeks now here in Tucson; this past weekend was the first 'break.'

Yesterday, though, instead of sleeping in on Labor Day--time to get up before dawn to meet friends and get ready for this:

Signed up for the fifth year in a row...

Ahh, the sound of a thousand pairs of feet among the cacti,
the sun rising over the mountains on Tucson's eastern edge... 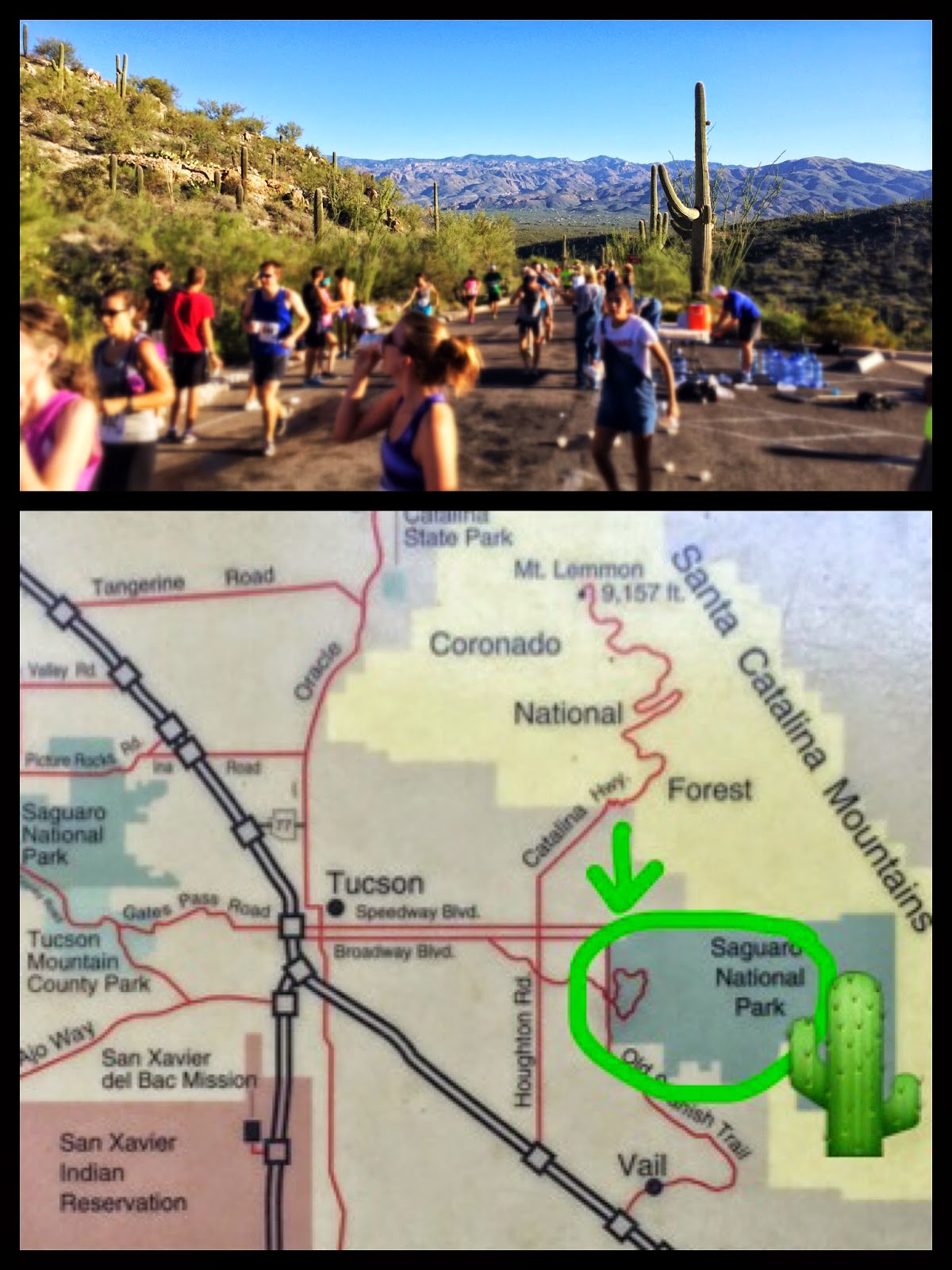 As the map shows, Tucson is flanked on both sides by the two halves of Saguaro National Park.

So, although the city didn't make this year's list of
Outside magazine's 'best outdoor towns,'
you can see why it has in the past...

Last year, the weekend of the run,
I got rear-ended on the way to pick up race-day materials,
so I had to skip it...
(By the way, you're NOT 'in good hands with Allstate.'
It took MONTHS to get a less-than-satisfactory settlement...)

It felt so good to run the hilly loop this year,
without any car accidents...

Earlier this weekend, on Saturday morning, a run into Sabino Canyon:

...this bend in the canyon had been bone-dry since the end of last winter;
the  monsoon has done its job--reflections are back: 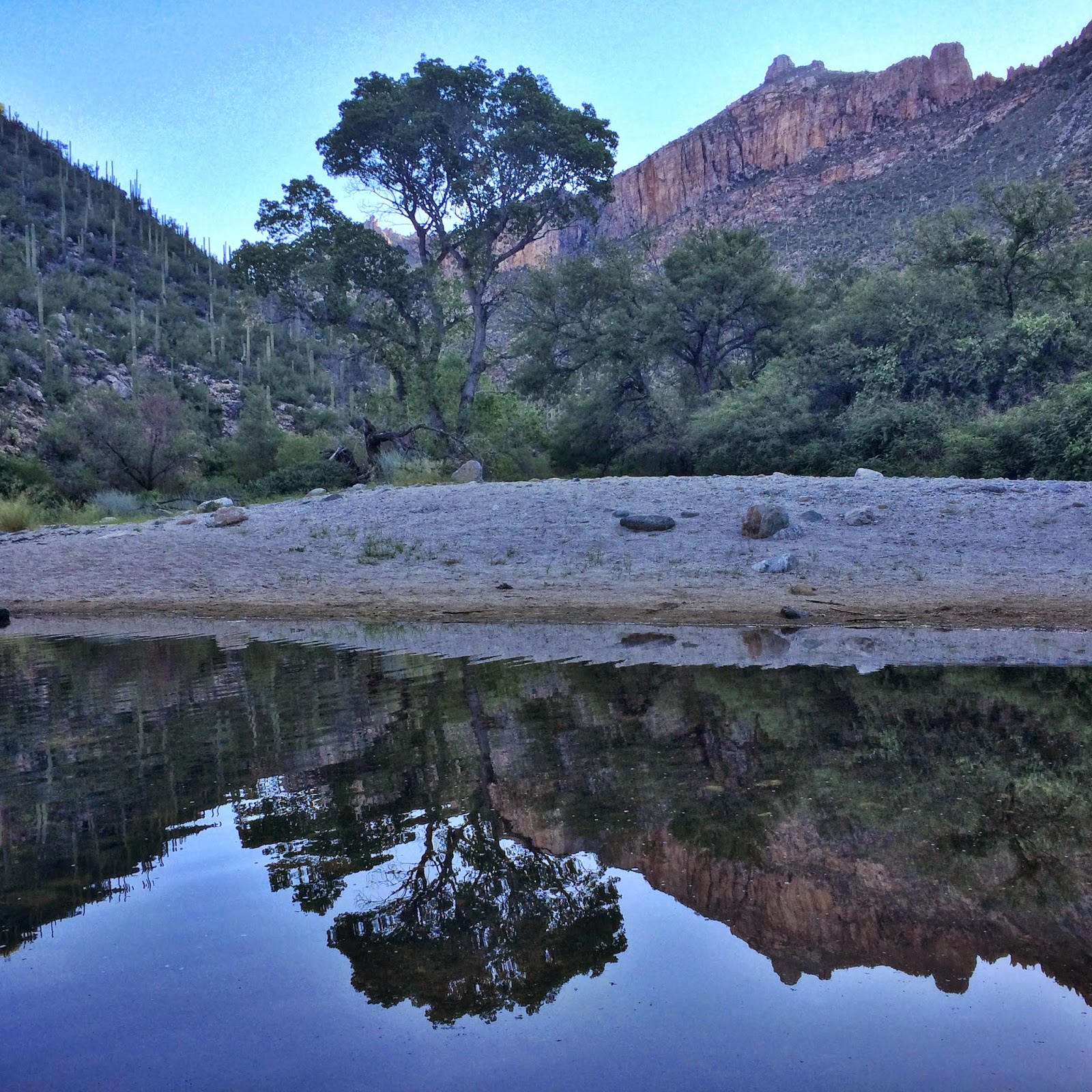 (incidentally, the photo above was on the TV news Saturday night...) ...but, what caught my eye the most: the "hyles lineata" caterpillar: 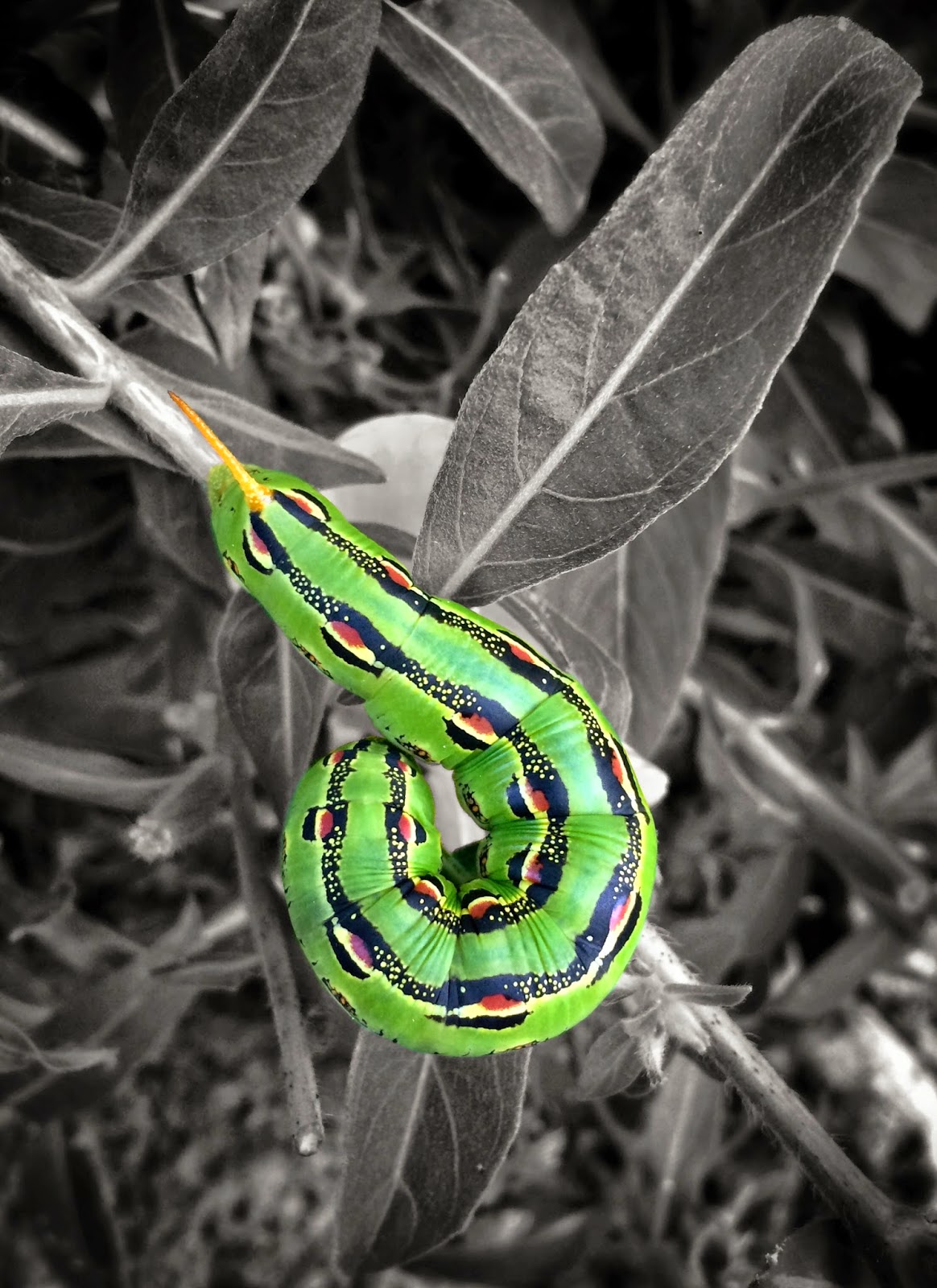 ...which eventually metamorphoses into this: No wonder why it's called a 'hummingbird moth'...

One more scene from Sabino Canyon, below...
...which, I'm honored to say, you'll be able to see if you happen to find yourself in Canada, about two hours north of Toronto, from tomorrow through the 28th of this month. The Blue Mountain Foundation of the Arts in Collingwood, Ontario, is exhibiting the juried selection of the Mobile Photography Awards "Pocket Vistas" competition.