Grand Canyon fog to the Château de Montaigne, with some macro shots thrown in

Last weekend I was up at the Grand Canyon, and when I woke up early to go see the sunrise, I had no idea that it would be to witness a once-in-a-decade spectacle: Dawn over a sea of fog...
(This photo featured in
iphoneographycentral's
"Apps Uncovered") 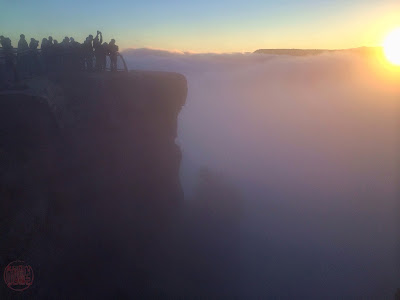 (above photo featured in this showcase from iPhoneogenic...)

Crowds facing the sun through a surreal mist rising up from the canyon: 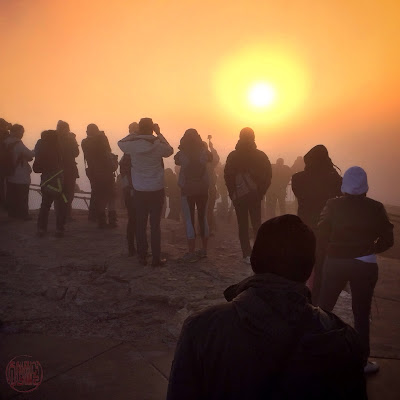 ...and then, as the sun rose, I looked behind me to see
what looked like a fog-rainbow-halo: 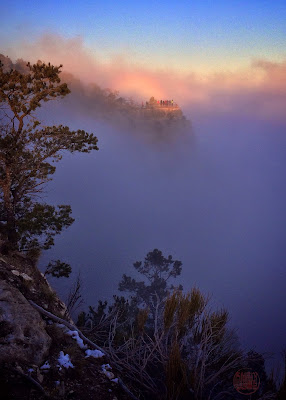 Crazy-looking, with my shadow in the middle of it: 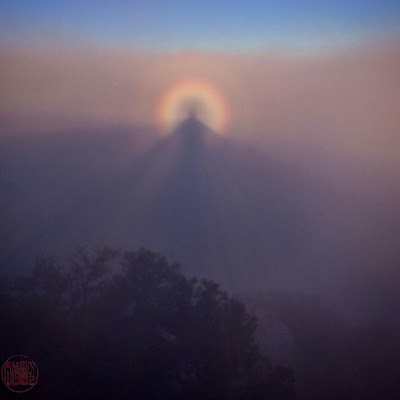 This phenomenon is officially known as a "glory," apparently...
or, more specifically, a "Brocken spectre." 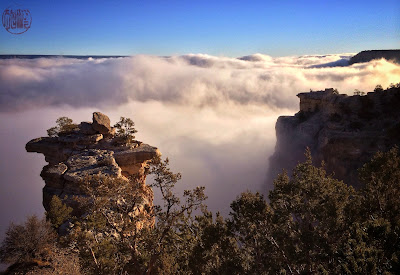 ...truly felt privileged to witness this rare fog-inversion that filled the Canyon...

The evening before I'd hiked a bit along the rim, between Mohave and Hopi Points, and enjoyed the sunset: 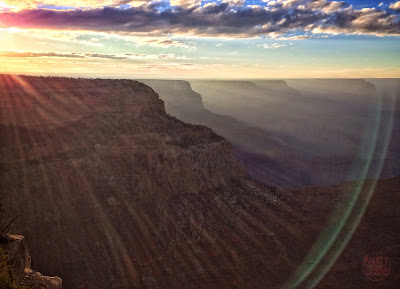 A couple of days ago, I got THIS in the mail: 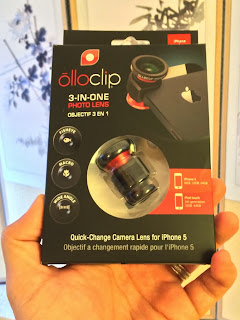 I'd won it in this mobile photography contest...(THANKS!)
This scene from Seoul was the photo that was runner-up
for the Night Shots, City theme:

...and so here are the first few macro shots I've taken with the olloclip: 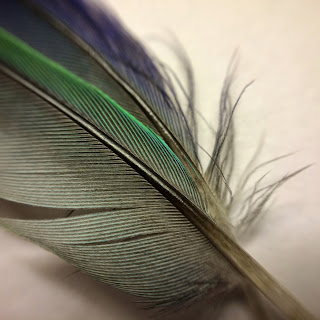 --a couple of Paquito's feathers... 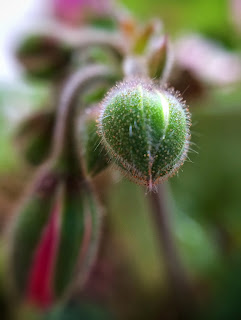 --a geranium bud in the backyard... 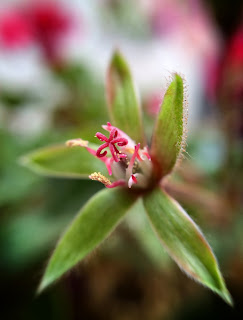 --and what's left of a geranium flower after all the petals have fallen away... 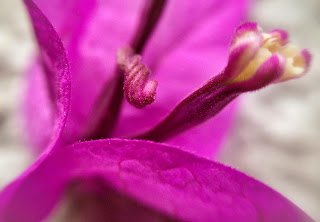 --inside a bougainvillea blossom... 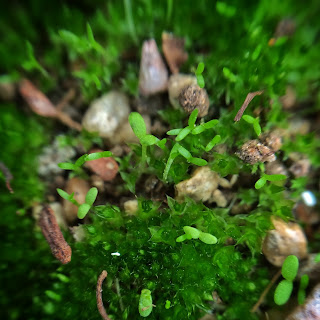 --and a close-up of some moss.
Yes, there's moss in our desert backyard...

A scene from this past summer,
inside the Château de Montaigne: 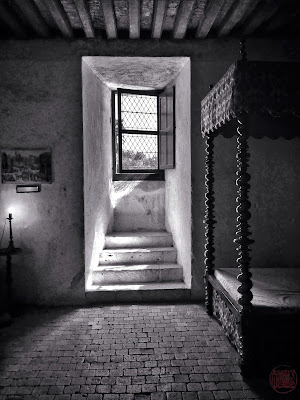 I was honored to have "Dans la chambre de Montaigne"
featured in this past week's Mobiography showcase.

Technical things first: I took this with my iPhone5 and processed it with snapseed–converting it to black and white and then fine-tuning it using the “drama,” “details” and “center focus” tools. The scene in this Renaissance château was already perfectly lit, evoking, appropriately enough, so many of the Renaissance paintings of domestic interiors.

This summer, my wife and I were traveling in France and had the chance to visit the Château de Montaigne–the residence of the famed Renaissance man Michel de Montaigne, who, in some ways, can be considered Europe’s first ‘modern’ writer, inventor of the essay and a ‘blogger’ before his time. During the year I lived in France as a grad-student, I’d never had the chance to make my way down to this southwest corner of France; it was a delight to wander around the vineyard-covered landscape.

Montaigne (1533-1592) spent the last years of his life in the circular tower of his family’s château, converting its different levels into his chapel, library, study, and bedroom. He wrote all of his “Essais” here, in semi-retirement after years of public service and traveling. While my visit was not exactly a ‘literary pilgrimmage,’ being in this tower, in the rooms where so many thoughts were carefully crafted so long ago–it was sobering.

Thinking about the ability of photography to capture a moment and render it timeless, this passage from Montaigne comes to mind:
“The utility of living consists not in the length of days, but in the use of time; a man may have lived long, and yet lived but a little. Make use of time while it is present with you. It depends upon your will, and not upon the number of days, to have a sufficient length of life.”