Some thoughts on the unexpected

Solid ice in Sabino Canyon--
not the usual scene in the Southern Arizona desert: 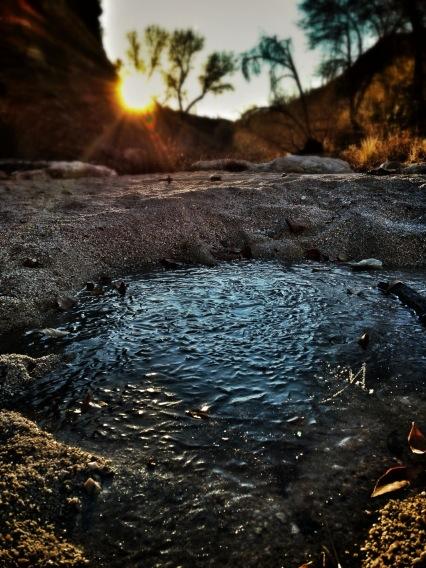 But that was a week ago--we had several nights of record cold, including a low of 17 degrees. S. and I went on an afternoon hike down in the lower canyon and were surprised to find a series of pools, completely frozen solid: unexpected mini-ice-rinks for roadrunners and javelinas...Today, exactly one week later, a record high: 81 degrees--a wildly fluctuating winter in Tucson...

An article I read recently, discussing the "end-of-history-illusion" (in "Why You Won't Be The Person You Expect to Be"--it is really worth a read), has been marinating my thoughts the past couple of weeks. We look back on our own pasts, amused and bemused at changes and divergent paths...and yet we can't quite grasp that our futures will be as unpredictable.

A few afternoons ago, I took my iPhone with me on an after-work run; I wanted to get the hang of the panorama-feature. (Yes, I 'succumbed to the siren-song,' as a friend described it--I got the iPhone5.) And I found myself standing on a map on the playground of the neighborhood elementary school:

Yep--another January in Arizona,
another half-marathon.
Along with some friends, S. and I went up to Phoenix this past weekend: 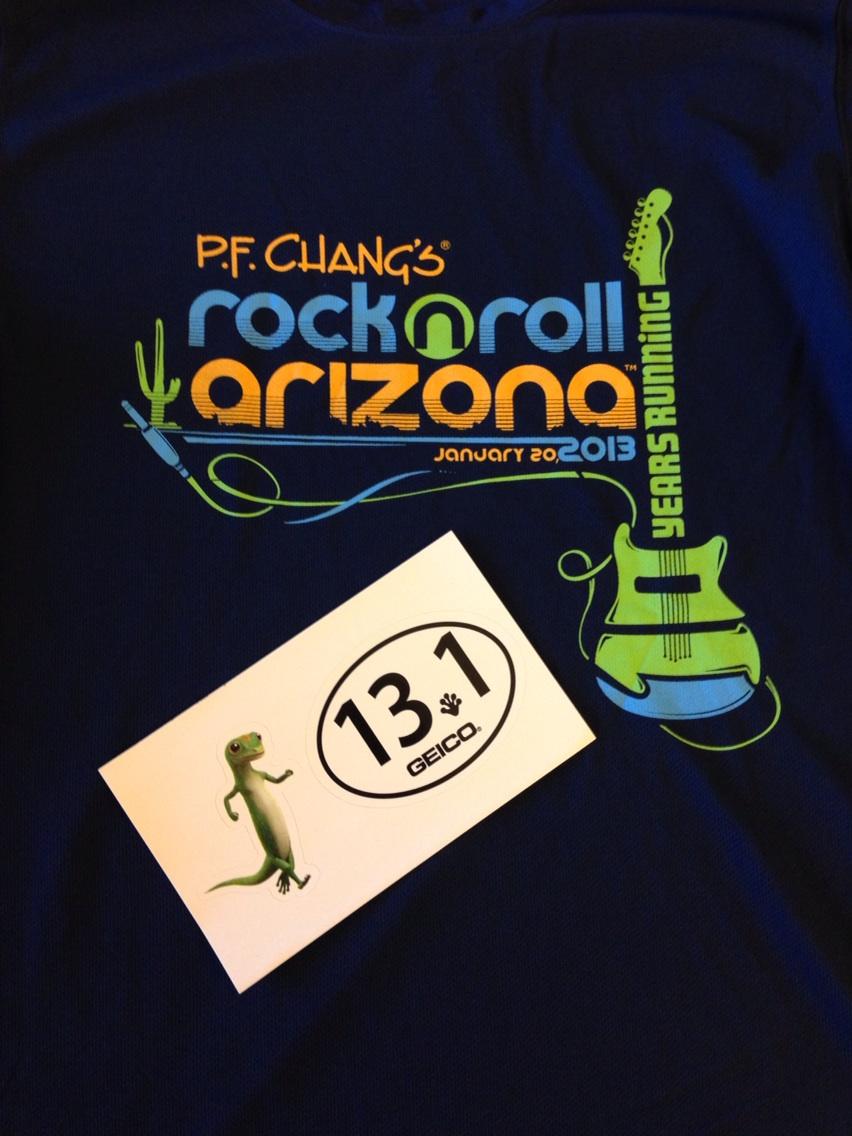 Got the t-shirt.
And just had to get the decal;
who doesn't like a gecko?
My fourth half-marathon, and my third Rock-n-Roll Arizona half-marathon.
I wish I could go back to my high-school-self,
so concerned with grades and books--
GET UP! GET OUTSIDE!
SO WHAT IF NO ONE ELSE
HIKES/RUNS?
MOVE!
From Georgia to Tucson, via Seattle, France, Nicaragua...

The final mile of the marathon and half-marathon cross this bridge in Tempe:

A 'waterfront' in the desert. Unexpected.
Beware the beautifying evening light and the touching-up of iphone-photos, though;
yes, it's a lovely scene, but Tempe's "beach park" is hardly a 'destination'...
And yet...

Sunday afternoon, after the race and post-race lunch (read review here of the posh Italian place in downtown Tempe), S. and I had an 'appointment' in a coffee-shop--it turns out that I have a cousin who just moved to Tempe, to attend grad school at ASU. So we met him and his wife--he's my father's sister's grandson, so that would make him...my second cousin. We'd never met before; somehow reassuring, though, to have family nearby...

Just down the road from us, a new Russian restaurant has opened.
As far as I know, this is a first in Tucson.
Kalina serves, among other things, these pelmeni 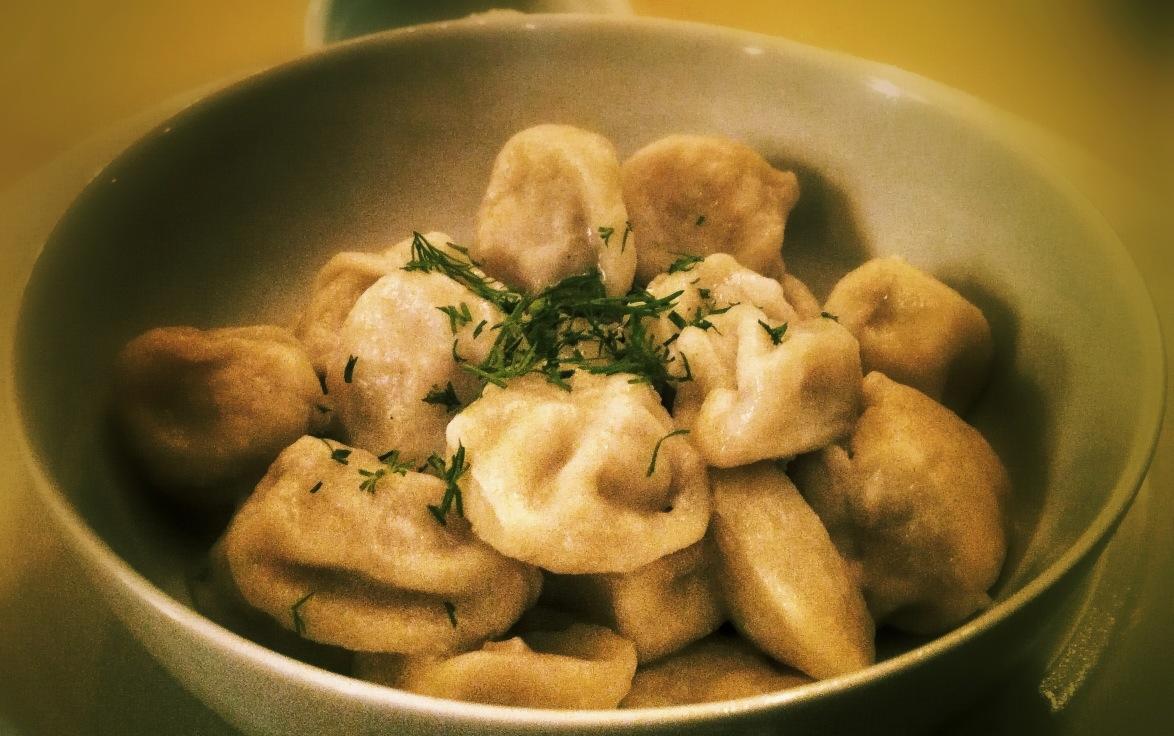 Pelmeni are Siberian dumplings. (These were lamb-filled.)
Seriously--the history of dumplings/wontons/mandu/gyoza--it's a fascinating gustatory trip along the Silk Road, from Koreans to Turks, including far-flung pierogi and ravioli cousins...

Tucson's got more than just tacos and tamales, now.

Food-truck burritos even include kimchi! 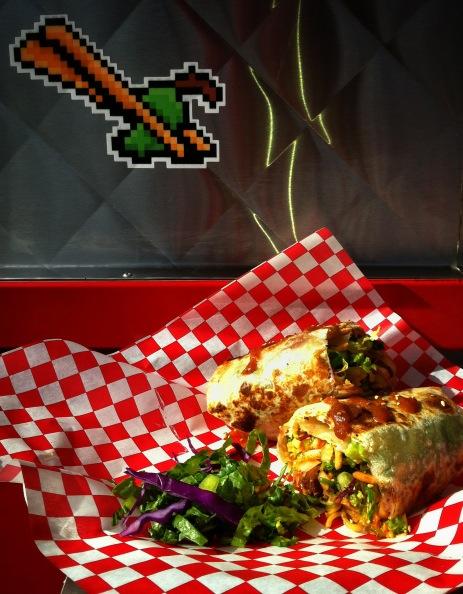 "Kimchi is the new salsa." I'm claiming that quote. And now, Mafooco is back in business here.