An 8-mile hike today: first (minor) sunburn of the year under a perfect January sky. By coincidence, the hike that a friend and I did today included the same trail that was featured in today's Tucson paper.
As we hiked back down to the car in the early afternoon, there was quite a bit of foot traffic; fortunately our morning ascent was less crowded.
The "waterfall" was more of a trickle today, but still--any flowing water in the desert is a welcome diversion... 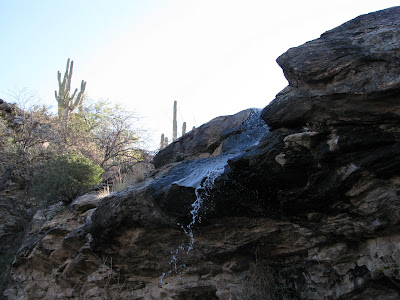 Yeah, yeah, so maybe a bit 'underwhelming.' Perhaps, with some more snowmelt later in the winter, the trickle will increase to a more photogenic "falls." 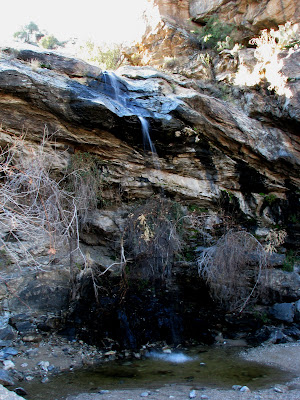 As to be expected within a section of Saguaro National Park, there are the occasional whimsical cactus deformities: 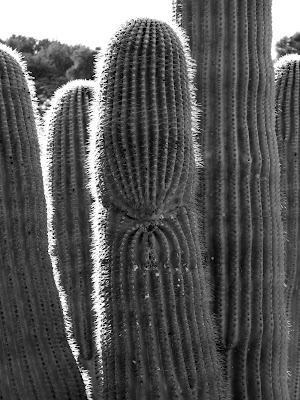 After stopping at the falls, we decided to continue for another mile or so, up past the cactus zone, (saguaros stop growing at about 4000 feet above sea level), into the grassland/juniper zone of the Rincon Mountains. From there, you can get an excellent view over the entire city of Tucson, with its straight avenues converging on the Tucson mountains to the west: 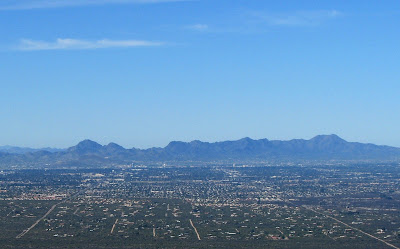 Back at the trailhead parking lot, this bumper sticker caught our eye: 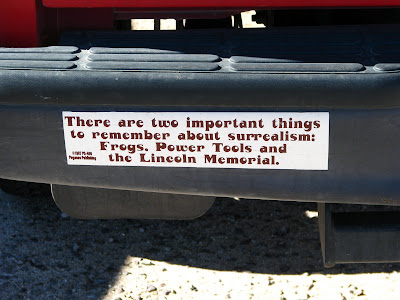