Afternoon light. Hint of the Aegean?

I've never been to the Greek islands--but the scenes of domed buildings hanging onto the cliffs of Santorini, blindingly whitewashed, against the impossibly blue Aegean, have become so well-known...

...and today, here in Tucson, I was reminded of those stark, vibrant images: 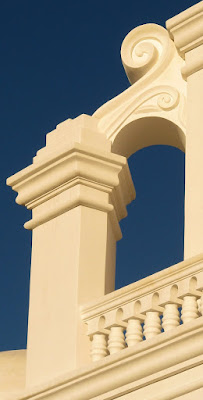 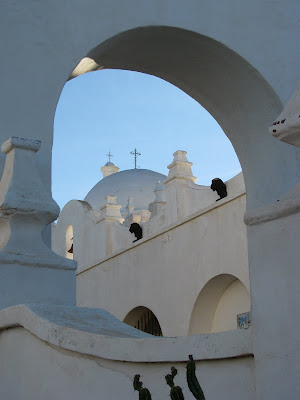 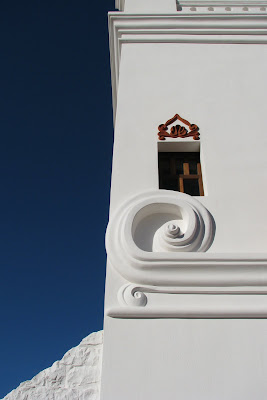 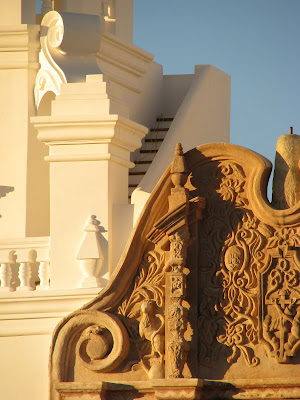 After work today, I decided to drive down to the Mission San Xavier del Bac for an afternoon walk with the camera. (just 9 miles south of Tucson) For the past few years, the West Tower of the Baroque façade had been hidden behind scaffolding, and then just a few weeks ago, the restoration finished, the scaffolding came down--and I wanted to see 'the white dove of the desert' unencumbered. 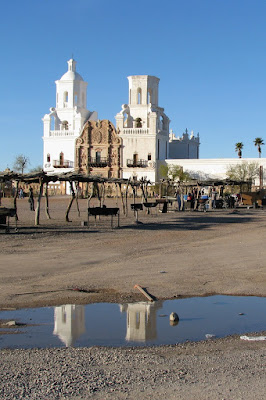 A serendipitous puddle...not often, in the desert, that you can see a bit of the mission in a reflection. 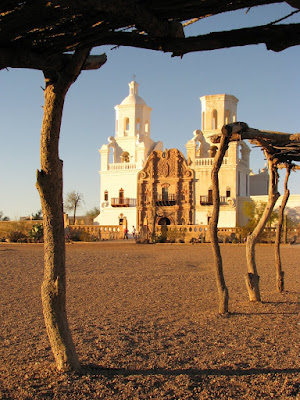 These shade ramadas are built in the traditional Tohono O'odham method: of saguaro ribs, mesquite limbs, and ocotillo branches... 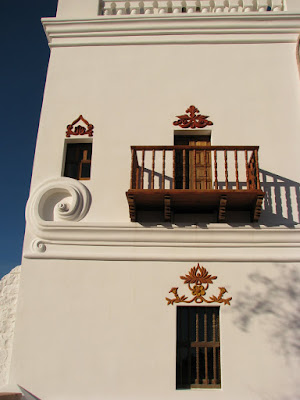 It's interesting to compare the west tower, restored to its simple, 1790's look...
...with the central portal--undeniably baroque... 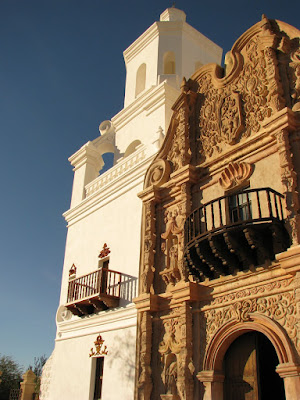 ...and then the as-of-yet unrestored East tower, whose cupola on top was never completed. 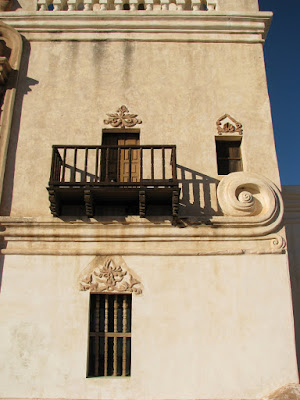 (In March, restoration will begin on this tower, which means that there are only a few more weeks that the Mission will be visible in its 1790's appearance, before the scaffolding goes up again for several years.)
A few more of the façade's details: 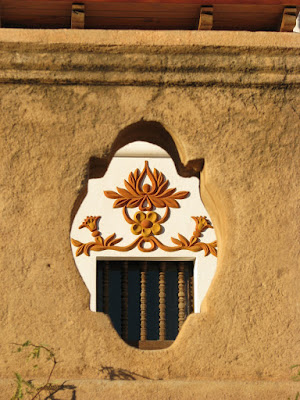 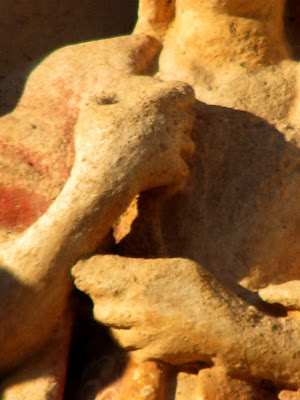 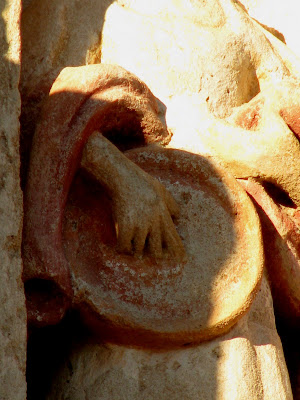 I pulled off the road to park, by a water-containment/pumping facility.
One of the workers was leaving, and he asked me, before he got out his camera himself to shoot the scene, "is the water making it better?"
He then informed me, "You're looking at C.A.P. water," that is--Central Arizona Project water--piped uphill from the Colorado River hundreds of miles away...

(map from this page) 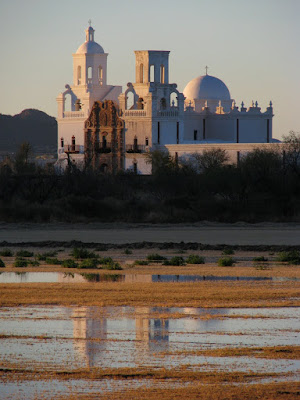 ==============================
...and now, neither here nor there:
a fascinating article from today's IHT, about the unlikely modern revival of Calvinism, led by a distressed-jean-wearing, Bruce Springsteen-listening pastor, in decidedly secular Seattle: Who would Jesus smack down?
Posted by J. Cyr at 9:51 PM