Bulgogi-Torta?! ...and every February: the African Art Village

My wife and I went to a new spot to eat a few days ago--"Umi Star:" 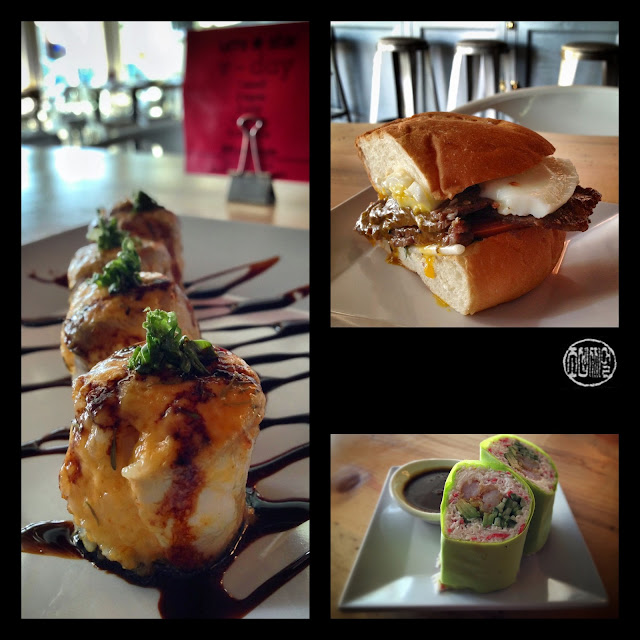 Call it what you will--KoMex, Mexicorean, Korexican, Asian Fusion--it's gaining a foothold in the Desert Southwest. In addition to the Tucson food-truck scene, you can now get sit-down fare at Umi Star, just five minutes north of the University of Arizona. And it's more than just tacos.

"Tortas" are the logical next step in marrying NE-Asian and South-of-the-border tastes, now that galbi (Korean beef short-rib) tacos and kimchi-quesadillas are becoming mainstream tastes in several cities around the country. Here at Umi Star, "bulgogi" (tender marinated beef) topped with a fried egg are at the translated heart of this Mexican sandwich standard.

"Tater Todd's" (rice wrapped with red snapper, garlic aioli, then baked and served with a soy chili plum sauce) are a tasty tapa...

...and the Sushi-burrito (wrapped in almost fluorescent soy-paper) is another winning invention.

And remember, you heard it here first: kimchi is the new salsa...

Last Friday, after work, I went to the the African Art Village: 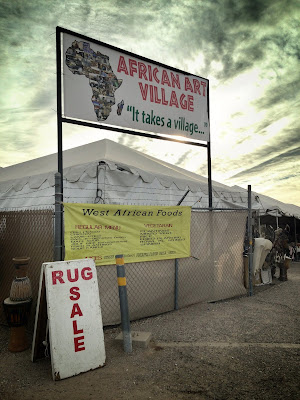 Every February, for about two decades now,Tucson becomes a gathering place for artists and vendors from all over Africa: for a couple of weeks, a tent city pops up and about a hundred vendors set up shop. 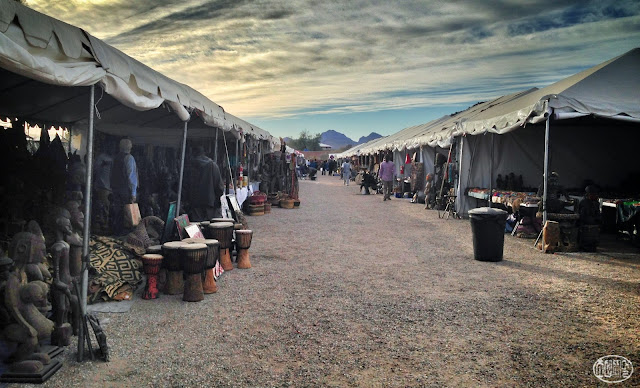 Associated with the six-decade-old tradition of the international Tucson Gem, Mineral & Fossil Showcase, this is one of the largest gatherings of its kind in North America. 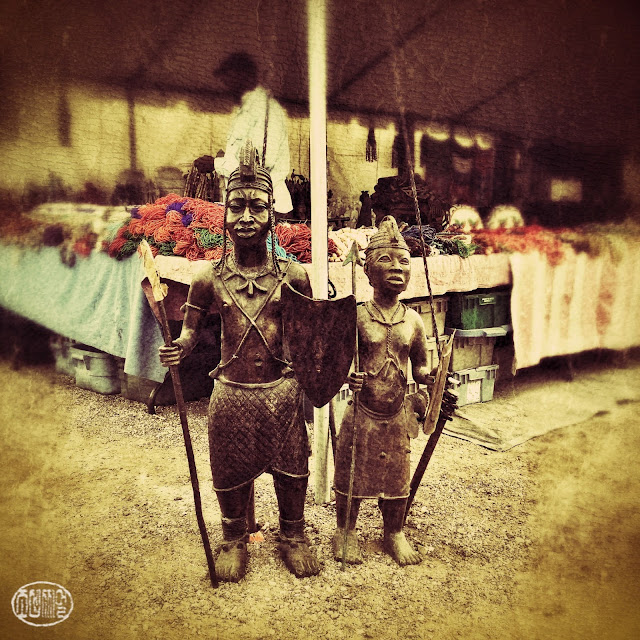 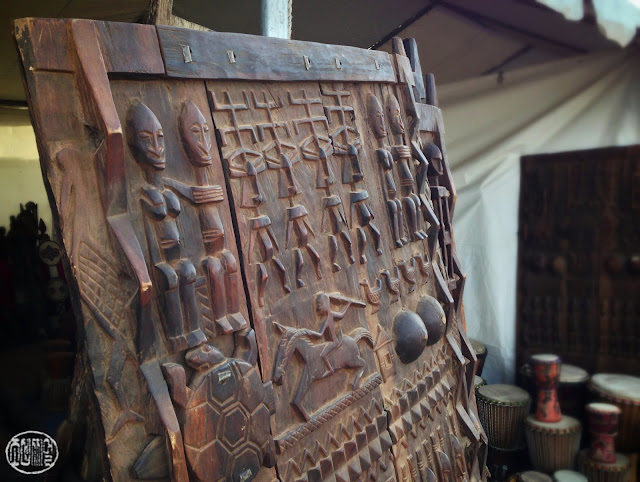 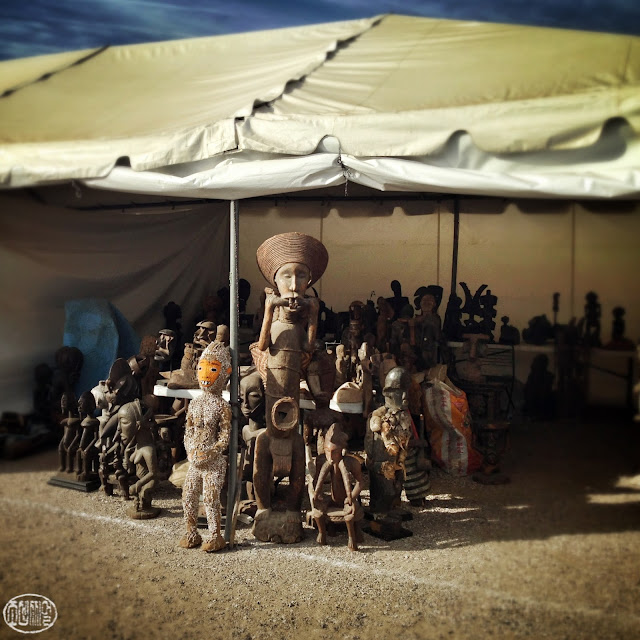 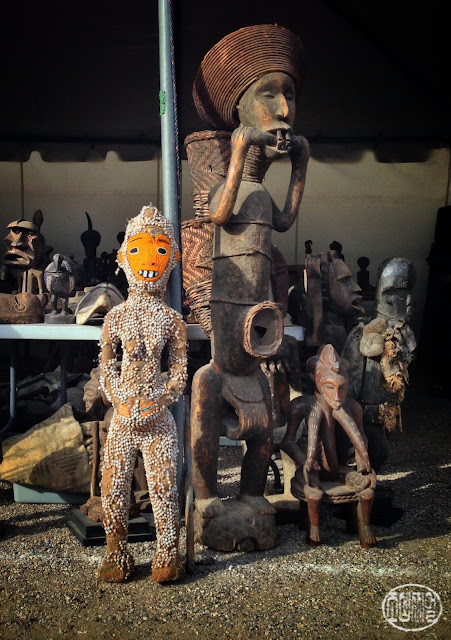 A small outdoor kitchen serves up Lamb stew, rice and plantains so you can get a taste of West Africa before or after browsing. 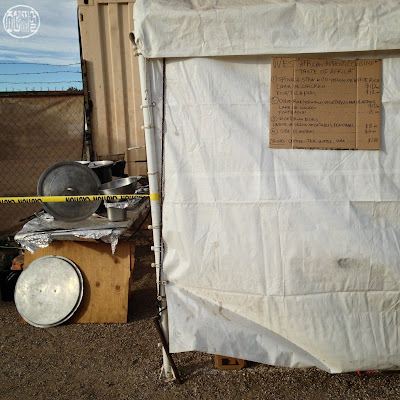 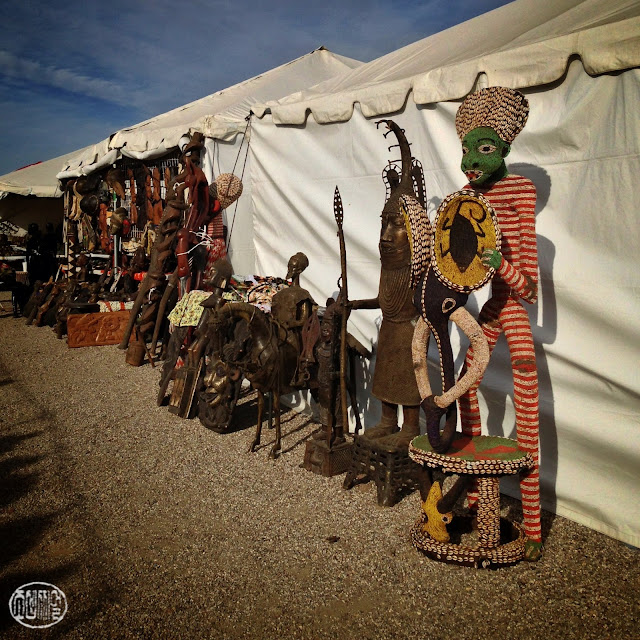 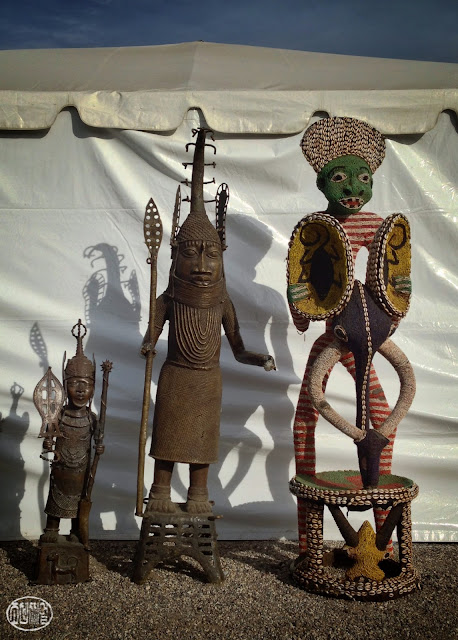 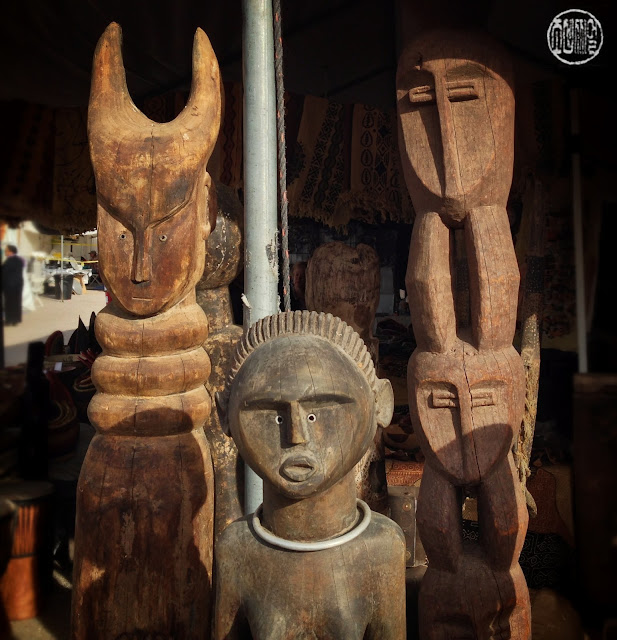 I love the abstract faces on the right. This particular tent was run by a guy from Burkina Faso;
he really opened up when I spoke to him in French. We chatted for a few minutes; he explained that these statues are from Sudan and that he's just not finding any more of their kind any more... 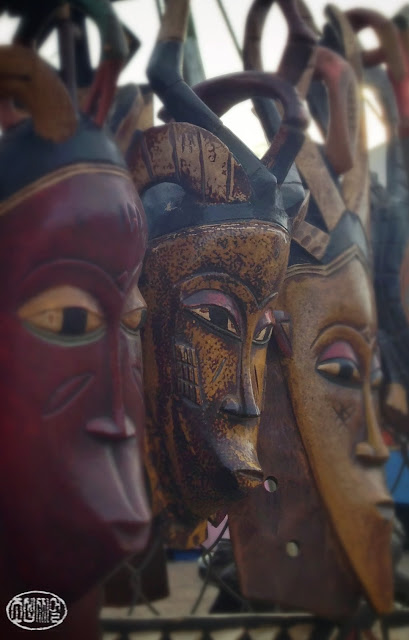 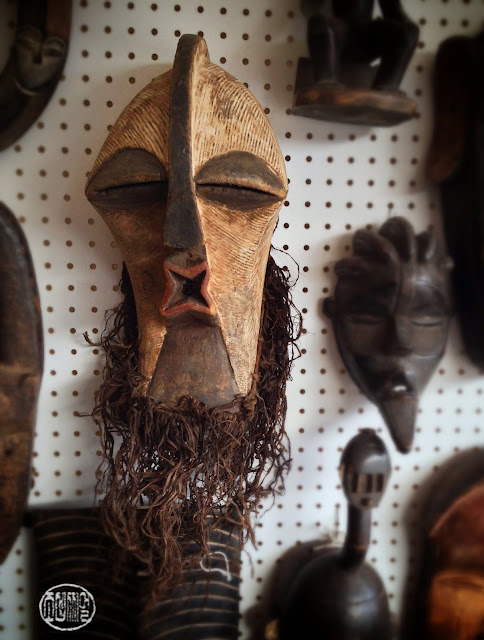 ...and some crocodiles from Côte d'Ivoire: 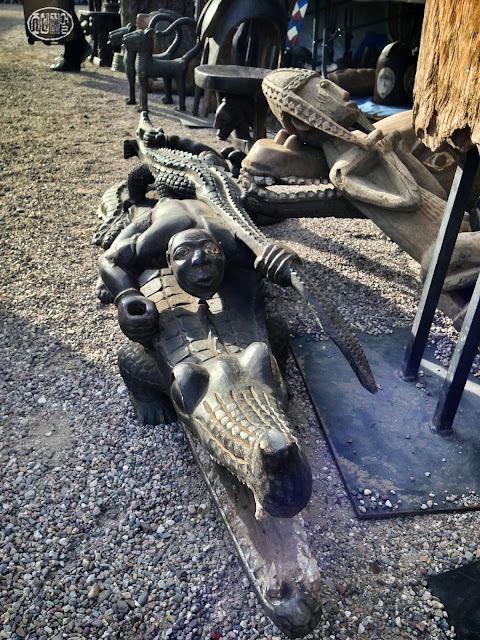 There's something for almost everyone--from strands of beads for jewelry-makers to monumentally-sized sculptures, and of course, tie-dye clothing. Furniture from Mali, textiles from Burkina Faso, totems from Sudan, sculpture from Côte d'Ivoire, Zulu baskets, reproductions of Bénin bronzes and masks from across the continent--all in one place. 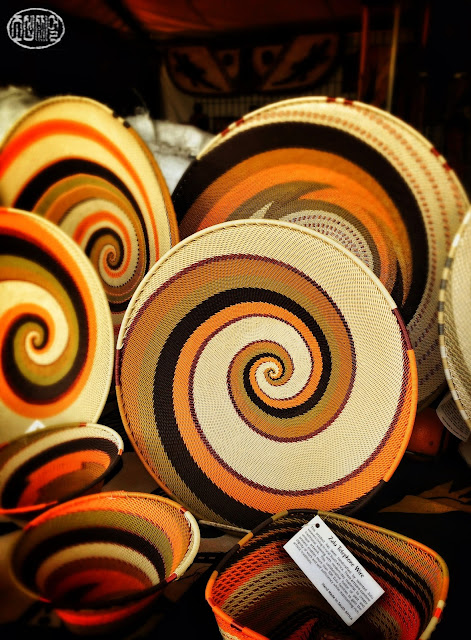 The rest of the year,
it's a nondescript desert lot behind a Waffle House
adjacent to the Interstate highway--
but every February, it's a polyglot bazaar.