For generations, Chinese and Japanese were the only Asian cuisines that many Americans knew about. Then Thai came along.

(I still remember the first time I ever had the now-ubiquitous combination of Thai iced tea and a plate of pad thai; I was visiting Los Angeles, and a family-friend took us to a Thai restaurant...in Koreatown. The alchemy of noodle, peanut, and egg, sweet and spicy and savory all at the same time--truly a taste-bud-awakening for a teenager living in Georgia!)

Well, now, Korean is being proclaimed as "the new Thai."
It's becoming mainstream.
I mean, when you go to Costco and see this, you know it's no longer 'exotic:' 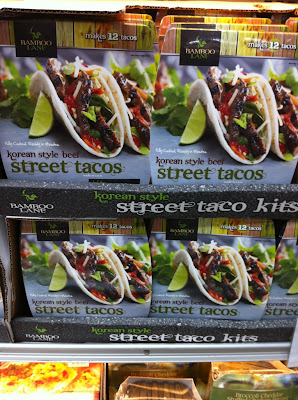 And then, in the current issue of Cooking Light (June 2012), you'll find this recipe: 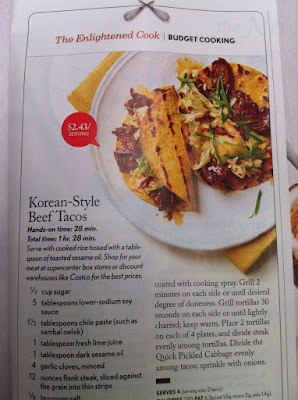 The KOGI-truck people in L.A. have really begun a trend, eh?
(Even the restaurant chain TGI Friday's is serving it now!?)

And...the other day, my wife came home from Trader Joe's with this: 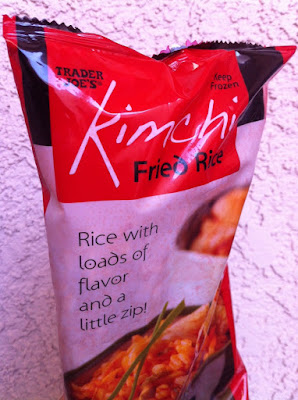 A few months ago, I mentioned how even in Tucson now, kimchi-quesadillas can be found! 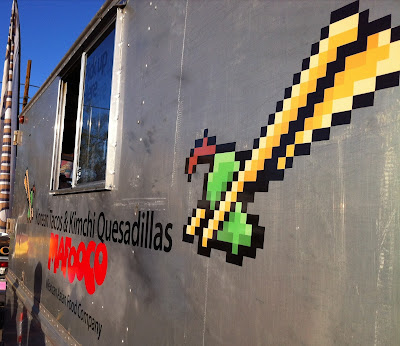 When I was growing up, hardly anyone outside of California, New York and Chicago knew what Korean food was. I loved what my mom would make at home (when not making pot roast or spaghetti for my French-Canadian-raised-with-an-Italian-stepmom father), but when I would try to explain to friends at school what Korean food was, I would just get strange looks. Blank. Puzzled.

Truth be told, much of Korean food can be scary to the unitiated--smells, colors and textures unfamiliar to middle-America palates...But as people have traveled more and cable-tv-food shows have multiplied, tastes have become much more adventurous--Seoul-food is no longer the mystery it once was.

Below, a few links from various press sources:
> The New York Daily News, just a couple of days ago, ran this article:
Korean cuisine emerging as an influential global food trend: food consultants

> Another link--from Malaysia:
Is Korean food the next Thai?

> THIS column from Canada...

> ...and from epicurious.com: Epicurious Predicts Top 10 Food Trends for 2012


One idea in the works here in Tucson--Mexican-hot-dog-kim-bap.  Viva (con)fusion food!
Kim-bap is the Korean version of what most people know as 'California rolls.'

A young friend of ours (daughter of a French father and a Congolese mother) has taken a liking to Korean food and culture...and also likes a regional specialty: Sonoran hot dogs. So, our idea is to take a sheet of seaweed, line it with 'sushi-rice,' then spread a layer of pureed Mexican beans, and then put a strip of hot dog, sprinkle some bacon-bits, and then add some shredded kimchi-'slaw' along with roasted jalapeño, then roll it all up. ('Mexicorean' or 'Korexican'--which do you prefer?) We haven't done it yet. But we will. Oh we will.


One last thing, since I'm talking about things Korean.
Last summer, I took this photo while in Seoul--the re-enacting of the medieval changing-of-the-guard at Gyeong-bok-gung Palace: 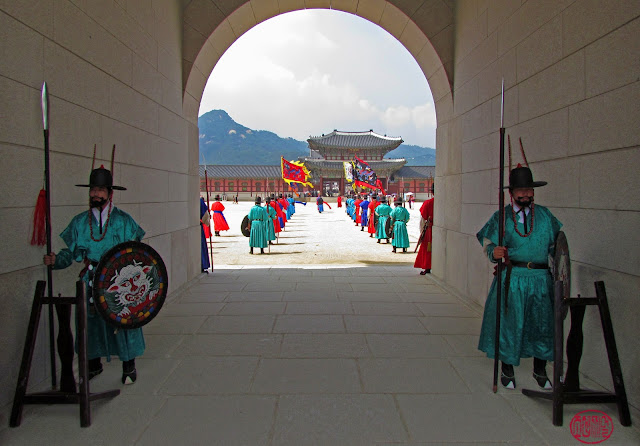 Well, it turns out that this photo is now a finalist in the Condé Nast $25,000 Dream Vacation contest!
(I just found out this morning.) Out of the thousands of photos submitted, this will be one of twenty-five finalists that will be featured from May 22 to June 11 on their website...Unapologetically, I'm asking you to go to the Condé Nast website during those dates and 'vote.' Merci, gracias, & ko-map-seum-ni-da!
(Now I have to write up an essay to go along with the photo for the final judging...)
Posted by J. Cyr at 6:10 PM