fall, 'back east'...not a vacation, but a bit of leaf-peeping nonetheless

S. and I have been spending a couple of weeks 'back east' this fall...
...because my mother ended up having to have back surgery.  Fortunately, both my wife and I were able to take some time off from our jobs in Tucson to fly back to GA...S. arrived about a week and a half ago--helping my mother out with pre-surgery errands, etc., and then I flew out a few days after that, so that we could both be with her right after for her recovery. (S. just got back on a plane this evening, and I will be here until Friday. I can't be thankful enough that my wife and mother get along well; the proverbial mother-in-law/daughter-in-law friction is blessedly absent in our family...)
Last Friday, a week after her surgery, my mother was feeling well enough to walk around and be alone for hours at a time, well enough to encourage me to take my wife up to the mountains to see the fall foliage--"are you SURE?"--"yeah, yeah, go show her!"...And so S. and I woke up very early on Friday, making sure Mom would have all she would need for the morning and early afternoon...then we drove up to the mountains where NC, SC, and GA come together; we spent a couple of hours walking/driving around, had lunch, and then were back at Mom's in the afternoon--in time for me to pick peppers in her garden--an abundant 'crop' that we didn't want to see ruined; there was the threat of frost that night...Mom is gently ambulatory, but we had to keep reminding her NOT to BEND as she 'supervised' the chili-harvest in her garden... 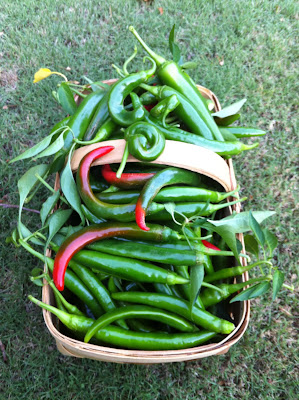 So...below, a few photos from this unexpected opportunity to be color-seeking tourists for a few hours...
S. is from the Pacific Northwest, where the evergreen-clad slopes just do not put on an autumn show like the Appalachians do...and with my work schedule as a teacher, the thought of being 'leaf-peepers' in the mountains back east had never crossed our minds...who knew that a mother's back-surgery and recovery could be timed to coincide with the fall colors? 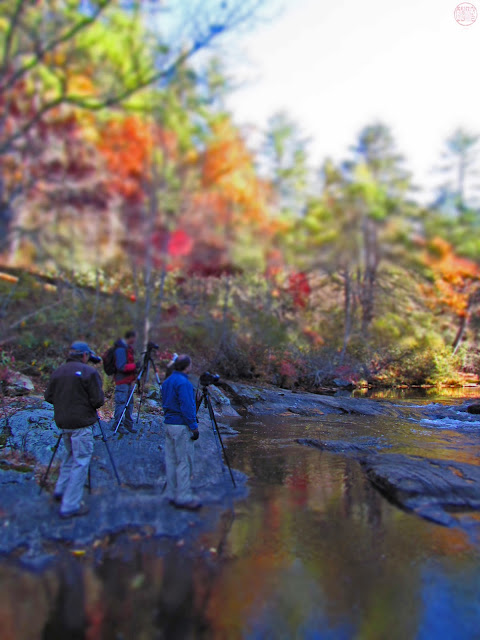 fellow leaf-peepers along a stream near Highlands, NC 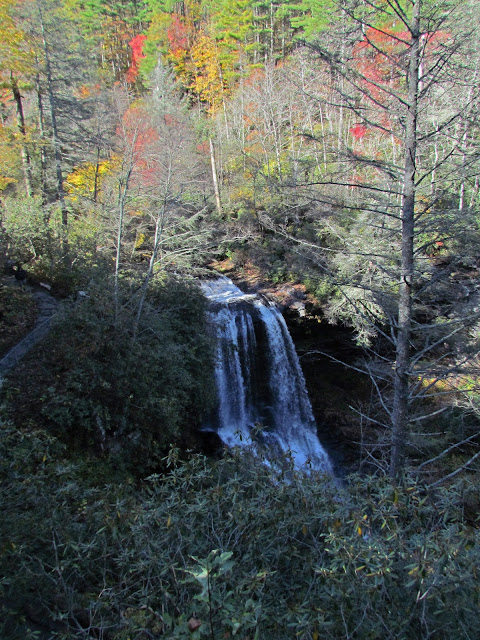 "Dry Falls", just west of the town of Highlands--'dry' because you can walk down and behind the cascade without getting wet: 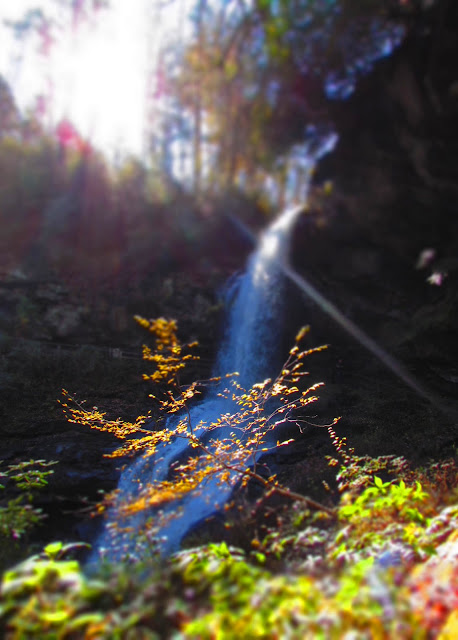 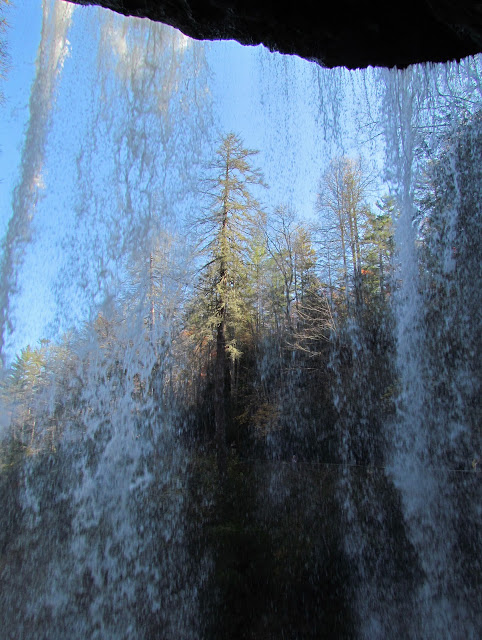 ...in the town of Highlands: 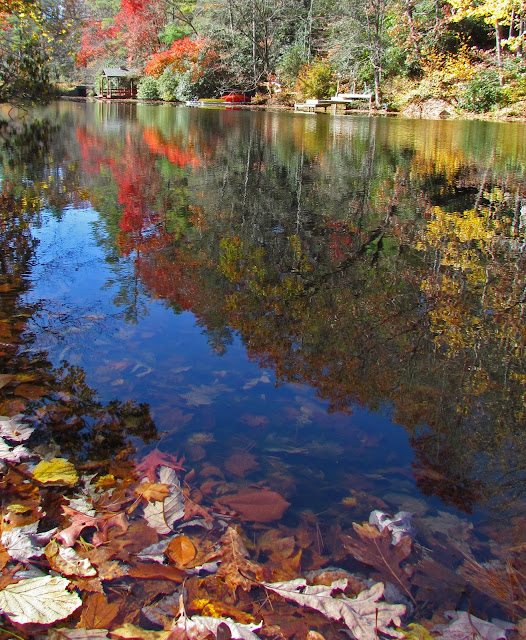 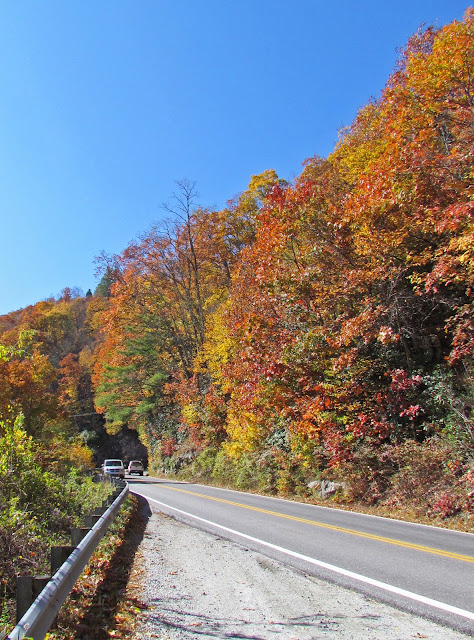 =================================
...and back in Augusta.
This morning, as the fog lifted, S. and I went for a walk around the headwaters of the Augusta Canal, along the rapids in the Savannah River that divide the Piedmont plateau from the coastal plain...Spanish moss drapes the trees around the 19th-century Lock-keeper's cottage: 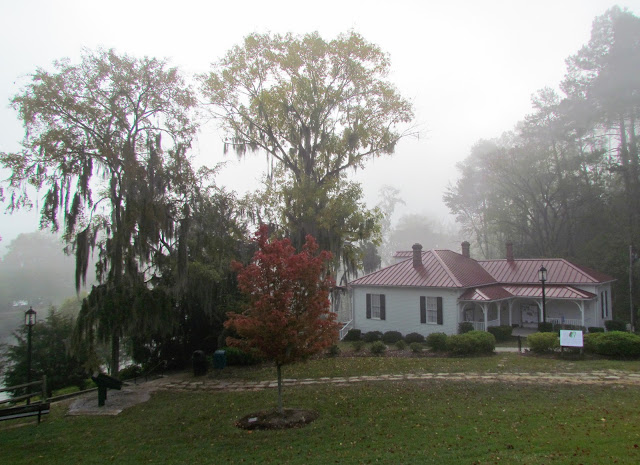 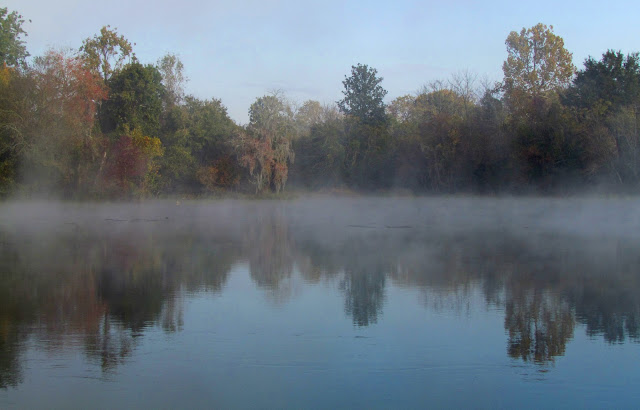 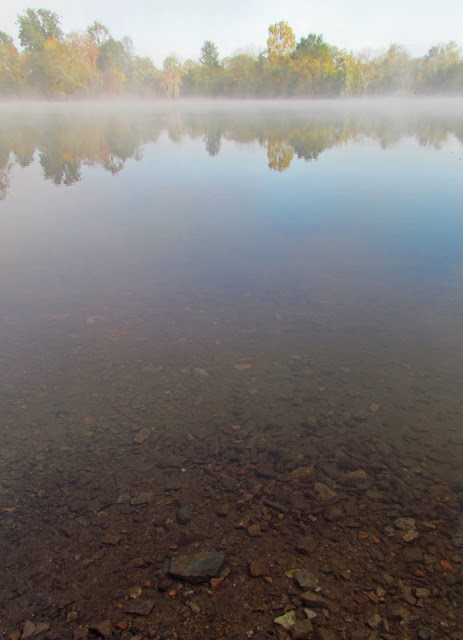 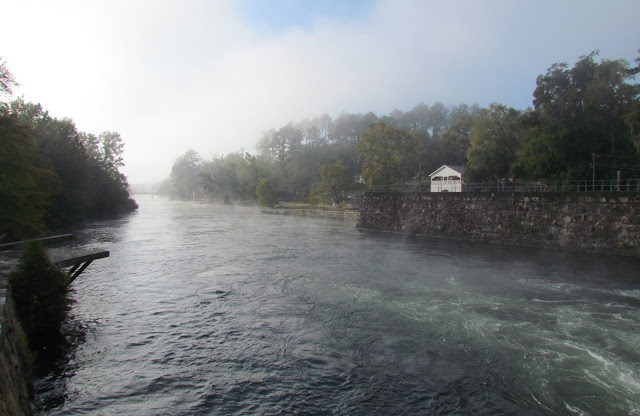 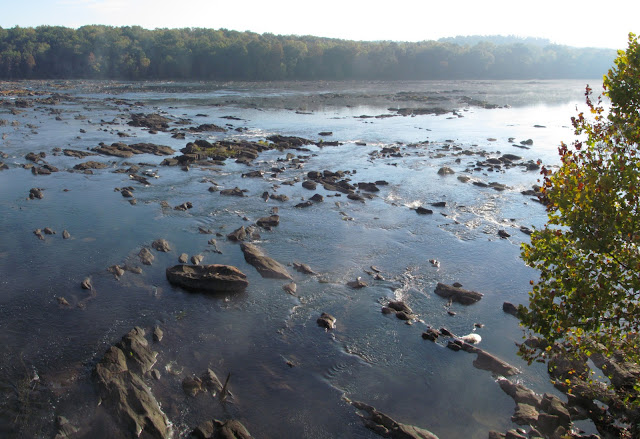 ...is this an egret or a heron? I haven't had a chance to look it up, so perhaps someone out there can help clear up our avian ignorance: 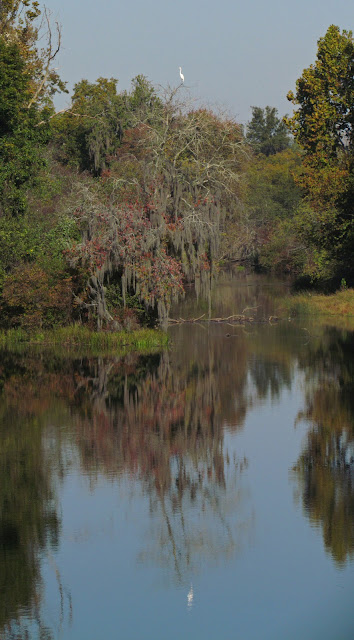 ...and, from a few days ago, a random scene from a Victorian building downtown: 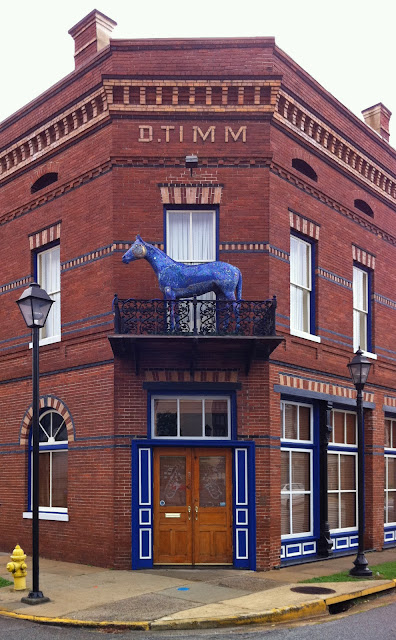 (...why the blue horse?)
...still downtown, a market scene: the Saturday morning farmer's market around the 19th-century Cotton Exchange: 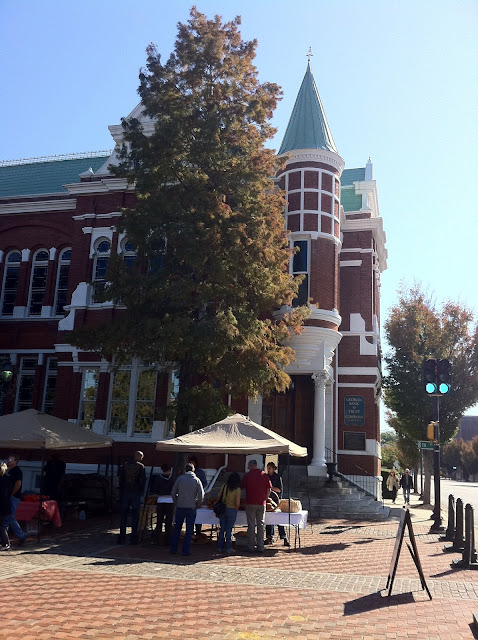 artisanal French bread for sale on a brick-paved street...
(and I don't use the term 'artisanal French' lightly;
I know the baker--he is from Lyon...
If you're ever passing through GA/SC, check this out.)
...Augusta is almost quaint, eh?
A few more days here...a few more runs along the canal, some time with friends, and most importantly, time to make sure that Mom's recovery continues to come along smoothly before returning to Tucson on Friday...﻿
Posted by J. Cyr at 3:51 PM