So, after yesterday's receipt of the Swiss materials, and after last night's photo-posting, today I decided to show the Swiss-dvd to my classes--a last minute lesson-plan change, which worked out well since a good chunk of the students were gone for various testing reasons...
I thought I would begin by asking the remaining kids, "So, what comes to mind when you hear the word 'Switzerland'?" The inevitable chorus of responses: cheese, Swiss army knives, chocolate, cows...
But then with one group, mostly freshmen, I asked, "so, what do you imagine the country looks like?" I thought, surely, all the kids will say 'mountainous,' 'green,' 'the Alps,' you know... 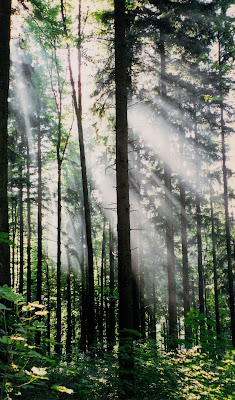 Then I heard the question--"what's an alp?" 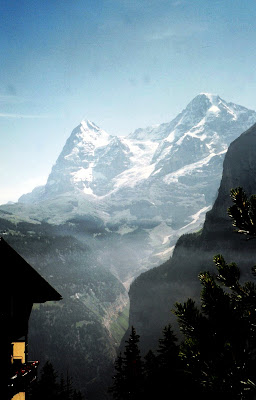 Seriously, they'd never heard of "The Alps."
I guess here in the Desert SW, we are somewhat far away from Europe...
...but really, not knowing or never having heard of 'The Alps'?! 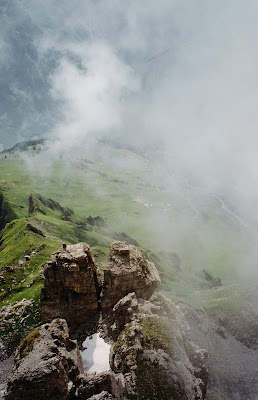 Well, now, they have.
They actually oohed and ahhed at the cheesily-narrated but beautiful DVD, for example at the footage of gondolas floating over the peaks--such as the view from above the Schilthorn, above.
"What do they speak in Switzerland?"
"uhh.....Swedish?"
"Umm, no, that's in a different country. Sweden."
"Oh...Swiss?"
Well, now they know that there are four official Swiss languages, depending on the region, but no "Swiss" language:

Also, very few kids had ever seen "The Sound of Music."
But they do know that the Governator (a.k.a. California's Schwarzenneger) is from Austria.
So, that's encouraging.
Random facts.
Geo-cultural disconnects.
High-school.