When I wrote a few days ago, I didn't realize how serious last week's windstorm here had been.
The peak winds were 69 miles per hour--a record for highest windspeed recorded in Seattle.
Our top-floor apartment-on-a-hill has a wide balcony facing south, and so the sliding glass doors,
for several unrelenting hours, were literally and noisily bowing inward last Thursday night....
fortunately they didn't shatter.

At its worst, up to a million were without power;
even now there are still thousands of homes without electricity,
and with the sub-freezing nights,
local shelters and motels packed.
(My wife's parents, along with their, alas, crated dog,
have been 'camping in' with us since last Friday.)
The school district where I work, along with many others, canceled school last Friday...
...and also today...and also tomorrow...which means I don't go back to teaching until January...which also means I'll probably be in the classroom until the end of June...

The cold nights are LONG right now:
sunrise isn't until around 8:00 a.m. and sunset is around 4:15 at this latitude...
Darkness...

(There have been dozens and dozens of cases of carbon-monoxide poisoning--people, including many immigrants/refugees from Somalia, bringing barbecue grills indoors to cook and get warm, ay ay ay...)


So, with winter storms on the mind, here's a semi-gratuitous photo of the Paris skyline--a passing winter storm (that's a snowsquall you see to the right of the Eiffel Tower) seen from 'my' window way back in the winter of '98-99:

But, to have something summery to visually counteract this northern S.A.D.-ness,
a photo of sunflowers in Provence; cliché, yes, but no less bright: 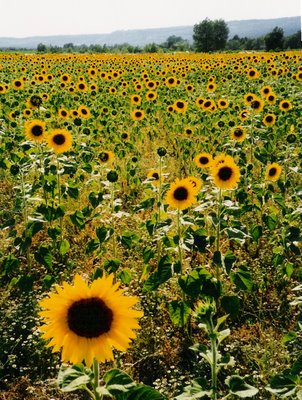 ...while I'm browsing old photos from the first time I went to the south of France,
here's a typical scene of a shady country road a few miles outside Avignon: 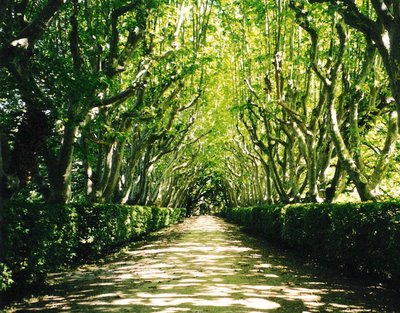 But, since this blog IS 'post-NICARAGUA,' here's a view from down there: 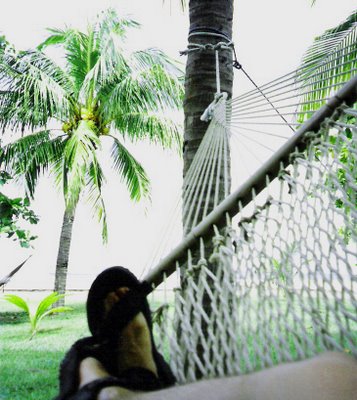 --a hammock's-eye view from my lifelong dream to lie under coconut palms, swaying in the afternoon breeze coming off the Pacific at a beach resort...

...in this case, Montelimar—Nicaragua’s only 5-star all-inclusive beach resort (and surprisingly affordable!).

It began its life as the private beach get-away for the Somoza family during the years of their dictatorship.
The ‘dynasty’ of a father and his two sons lasted from 1937 to 1979 (with a few years of ‘elected presidents’sprinkled in). The road that leads to the property was, at one time, one of the only paved roads in the country. Imagine. When the dictatorship was overthrown, the property was used as a military base during the Sandinista years, and finally was transformed by a Spanish company into a tourist-destination. Not every beach-hotel has such a storied past, eh?

The original mansion is now a casino and restaurant/discotheque. Nearby is the new hotel—all rooms with balconies facing the ocean—and ‘cabanas’ built among palm and almond trees with lush (litter-free!!) gardens…A toucan-&-parrot enclosure, huge pool, swim-up bar, all-you-can-eat-and-drink—My wife and I had never stayed in such a place. It felt like being in a different country. When we got off the bus from Managua, the transportation from the little town to the resort was in the form of caponeras--the local word for bicycle-taxis--vehicles for ‘rider-guilt;' it feels strange to pay someone to use pedal power, huffing in the heat, to move you and your luggage while you just sit…

As my wife and I are “word-nerds,” you can imagine the delight we experienced at the resort's dessert buffet, seeing the occasionally misspelled multilingual labels for the sweets.
Our favorites were:

“sheesecake” HA!
(just begging to be used as a euphemism; sadly, more fun to say than to eat)
“coconut flawn”
and, more mundane, "carrotscake”


So far, that weekend at Montelimar has been my 'one-and-only'...
Winter nights lend themselves to dreams of palm-shaded warmth, no?