Snippets of thoughts, the ranting-and-raving that includes inside-jokes that I know old friends will 'get,' along with snapshots of minutiae from wherever we are--the fact that this blog has not been updated in a year shows me that my 'need' to communicate such things has made the move over to Instagram & Twitter.

Not that I was every truly 'personal' on this blog... My wife and I always figured that the phone and e-mail and texts would serve for important, immediate contact, so this format ended up serving as a visual bridge for those who know us, but one that wouldn't offer up too much to those who don't need to know more... a more guarded, anti-facebook of our choosing...

That's still what this is, then, I guess, just evolving into...an annual post?

And being stuck here, sick-at-home, away from work--I'm back at this desk typing with all ten fingers instead of thumbing away on my phone. Yep, the usual back-to-the-new-school-year cold caught up with me last Friday night; I've been back in the classroom with students since August 4th, and since Saturday it's been nothing but soup and vitamins. And some pizza. OK, and a glass of wine, too, last night. The restaurant down the road has this special going on right now, (pizza, salad, and drinks for 2 for $20), and I felt good enough to get out of the house for a bit with my wife...

The new year is off to a good enough start, student-wise. Yeah, there's the perennial lack of materials. What, you want textbooks? And projector bulbs? desks? silly, silly teachers... The school where I work is routinely listed as one of the best in the country--but it feels as if it's almost more in spite of instead of because of how certain things are (not)done... Imagine if...

Time for the summer in review.
Much less hectic than last summer with its moving of two households and driving of my mother's car across the country and then setting her up with new doctors and getting ready for a bit of neurosurgery right after settling into her new Arizona life. (She's doing well, by the way, adapting her gardening to the desert and learning that moles are amazing Mexican sauces, too.)

This summer was framed by Maui and Monument Valley...

After sixteen years of marriage, S. and I finally got around to taking a truly relaxing vacation--no language classes, no scouting of locations for a possible year-abroad, no relatives to visit, no gathering of materials for future use in my classroom--all great trips, but those are trips with mission statements; we just wanted to relax.

And we did. It was worth every penny. (Wow, lots of pennies for Hawaii. Lots.) 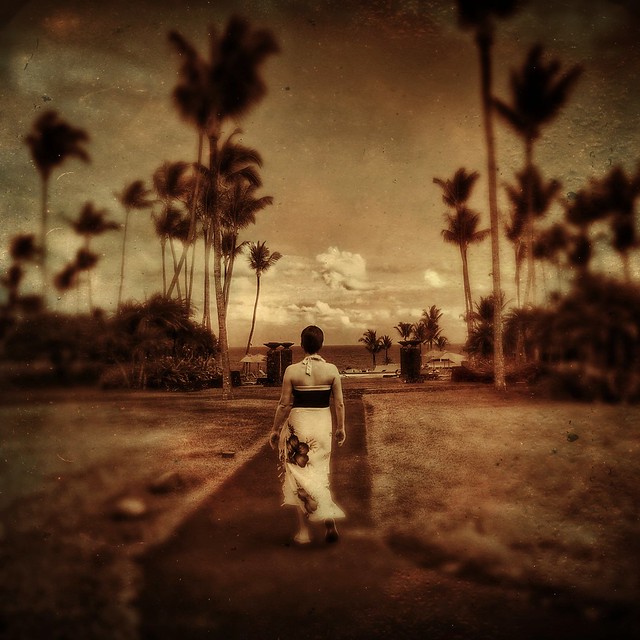 "Timeless" may be a cliché--just like faux-'tintyping' of iphone-photos may, by now, be a cliché--but with roots in truth and feeling, so, yes, staying on the eastern tip of Maui, at the end of the legendary 'Road to Hana' felt timeless. Deep breaths and everlasting trade winds... Restorative.

Guys, if your wife wants the two of you to do a spa-day, do it. You'll love her for it, too. Outdoor showers with ferns and orchids growing out of lava-rock. Crashing surf just beyond. Your mind will have a new happy place.

On the other end of the island, we spent a few days in Napili Bay. Sea turtles and humuhumunukunukuapua'a swimming right up to you! Sunsets framed by the islands of Lana'i and Moloka'i. And a black dog playing in the surf, epitomizing happiness: 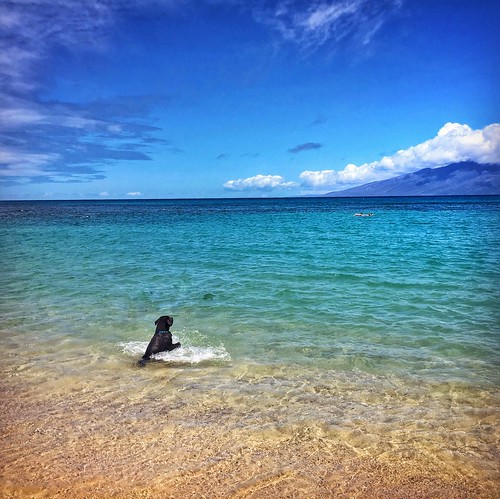 (and this photo won us a couple of hotel nights in a little instagram contest! Thanks, pup!)

The very first day we got there, S. and I turned to each other and said, "what took us so long to finally get here?" Already plotting to go back...

The photos could go on, ad nauseum. I'm guessing that if you're reading this, you've already seen a few, so...

...on to Monument Valley.

After nine years of living here, I finally made it up there. 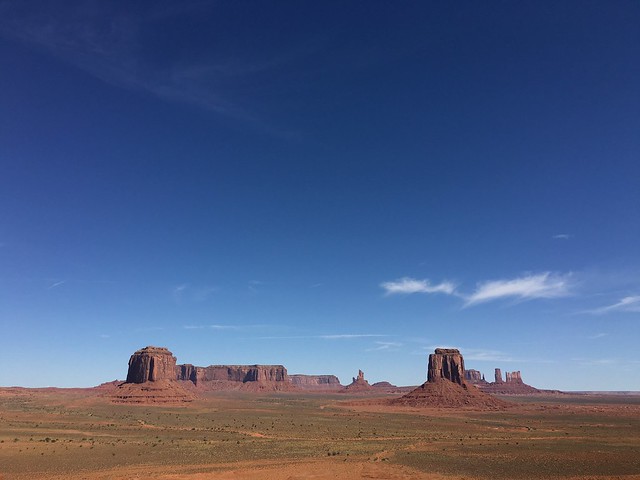 Going on a weekday, there were few American visitors--I heard more German and French than anything. These Wild West Vibes, popular with European road-trippers... And I mean, yeah, the landscape is epic: 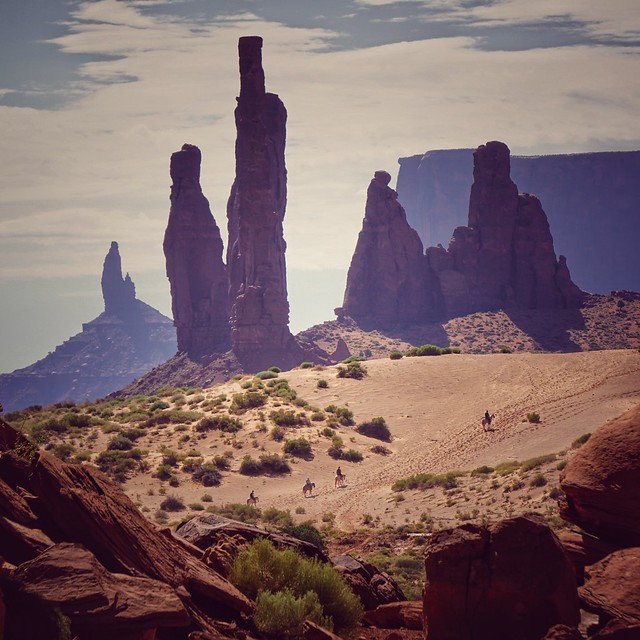 In mid-July, I had to spend a week at a teachers' workshop up in Phoenix--from there it's a few hours closer to Navajo country than it is from Tucson, so I decided to tack on a little road-trip to round out the summer. From Monument Valley I drove down to Chinle, where some friends live, the gateway to Canyon de Chelly National Monument, with its scores of ancient ruins: 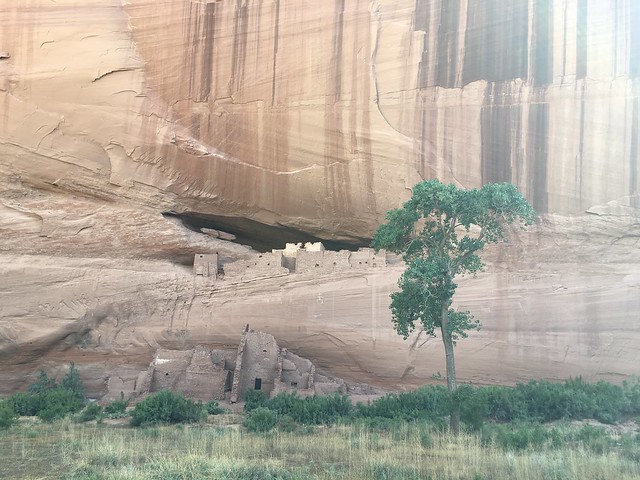 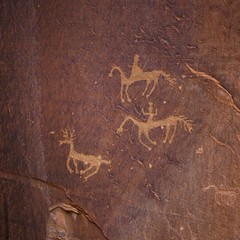 ...and those whose families have lived here for centuries: 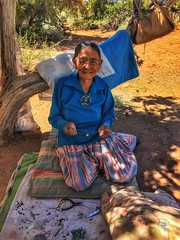 Driving through Petrified Forest National Park on my way back to Tucson: 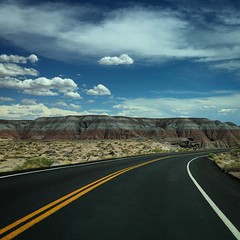 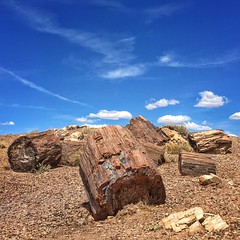 This summer, I learned that a couple of photos placed in this year's IPPAwards.

Just a wall I drive by on my morning commute; glad I stopped to take a picture of it--an honorable mention in the ABSTRACT category: 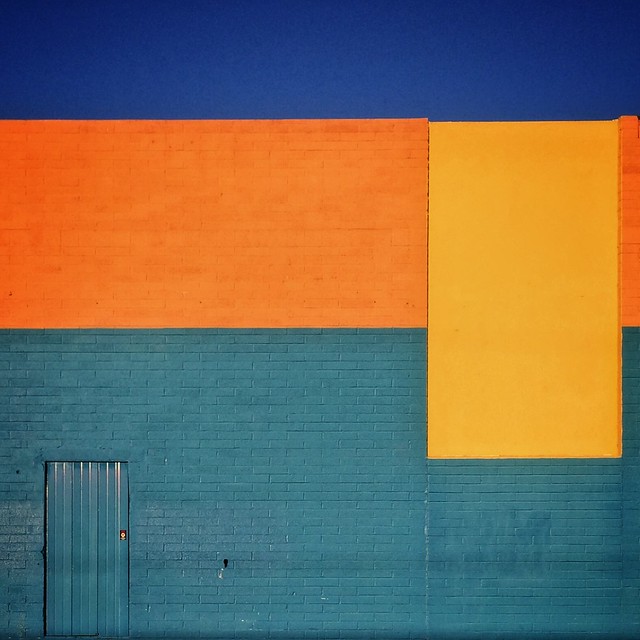 ...and an honorable mention in the landscape category as well, seen on one of my morning runs in Sabino Canyon: 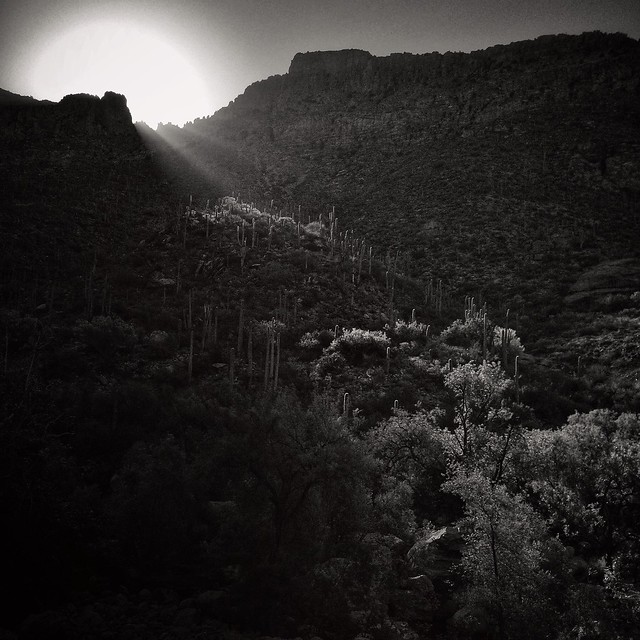 The best camera's the one that's with you.

One last thing about photos--it turns out that I have a few dozen photos listed for sale on Getty Images--mostly nature, some architecture... Yes, this is a bit of shameless self-advertising. But hey, if you need some stock images, you'll know the source personally...