This past weekend started with snow on the mountains and a literary tent-city at the University, and ended with my first in-the-wild sighting of a desert tortoise.

...beginning with the Tucson Festival of Books, one of the largest book festivals in the country: 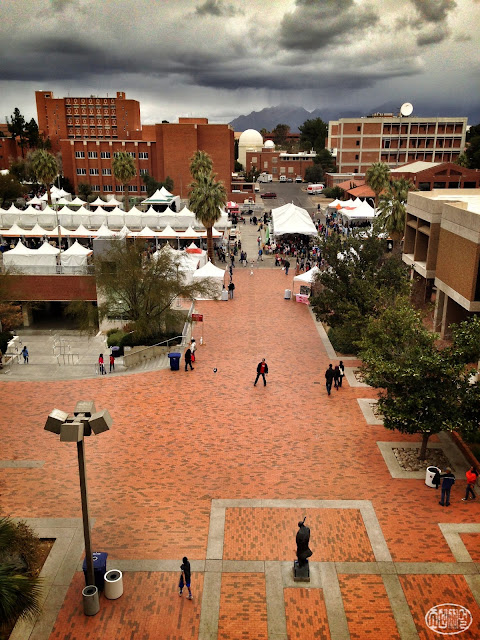 The Festival of Books--so much more than just books--more of a vast fair (on the campus of the University of Arizona--hundreds of organizations and vendors spread out on The Mall) that distills the literary tastes and cultural possibilities of an entire region. Authors from all over the country, cooking demonstrations, national park docents, a food-court-restaurant-village, readings, signings, science-for-children, SW Native American arts... 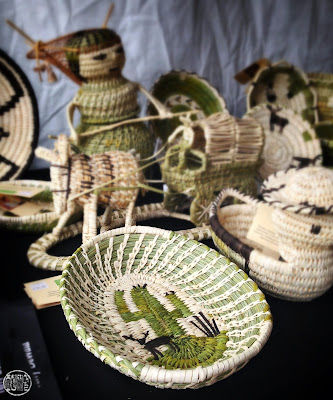 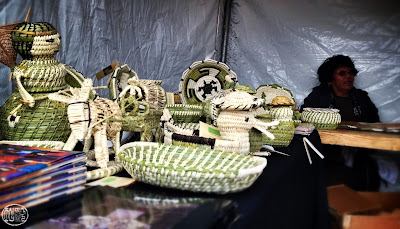 ...and Apache flute-playing, in one of the Western National Park tents: 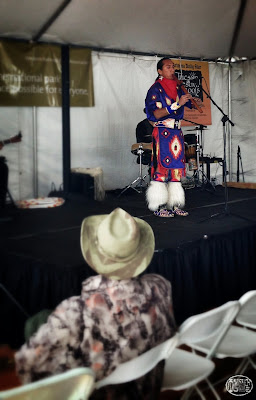 I had a Sonoran hot-dog for lunch, under a palm,
while face-painted children, holding their parents' hands, paraded by...

Tents and tents of books. Find your author. 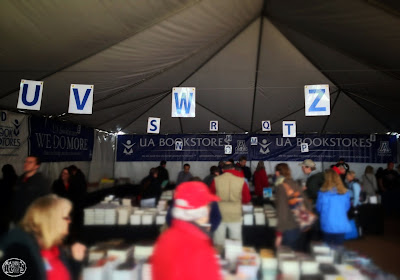 I got to meet an author I've admired for years: Chang-rae Lee, incidentally!
His most recent novel, "The Surrendered" won the Dayton Literary Peace Prize
and was also a finalist for the Pulitzer Prize--it's haunting and harrowing,
dealing with the Korean War and its aftermath...
(Here's the New York Times review.)

Bookish factoid:
only Miami, The Library of Congress in Washington DC,
and Los Angeles have bigger book festivals than Tucson.

And of course, what would a public event on a university campus be,
without some provocative (offensive?) 'free-speech:' 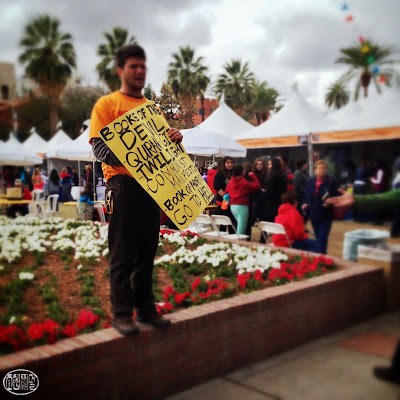 Sunday afternoon, perfect for a long run on the loop-road in Saguaro National Park East 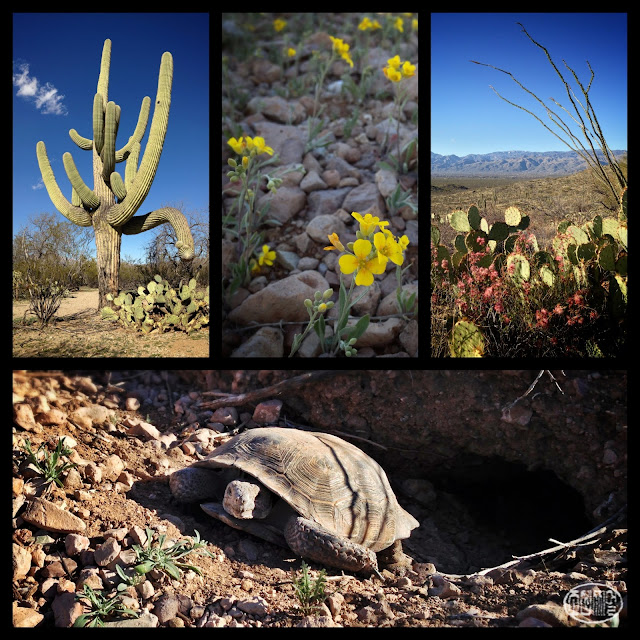 Hard to believe the place was snow-covered just a couple of weeks ago, now that the first spring wildflowers are coming up--some fairy-duster among the prickly-pear, and desert bladderpod (member of the mustard family) on the ground--lots of edibles for desert tortoises...

Last week, in Sabino Canyon, was when I noted the first wildflowers of the season--a few Mexican gold poppies beginning to appear in the lower canyon... 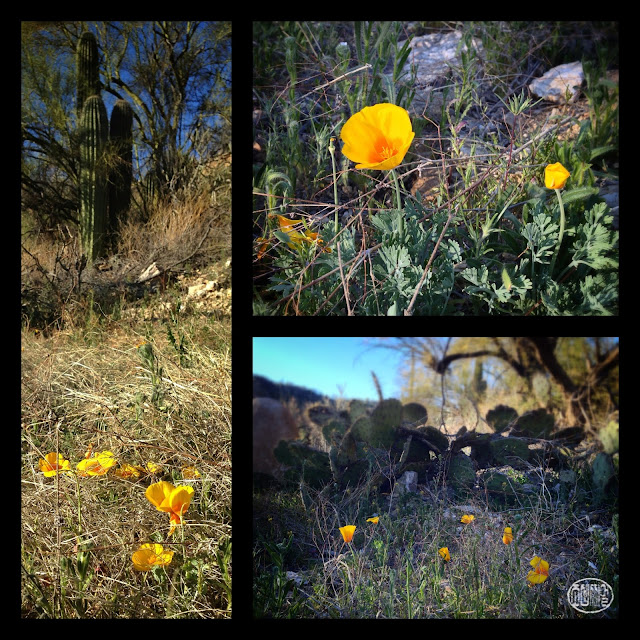 And...
...ending with a shameless request.
Check out http://whyilovearizona.com/flowers-cactus.htm
It's a locally-sponsored photography contest with a substantial cash prize.
I'd appreciate your vote!

(Vote for "on the path to spring in the Sonoran Desert;" it's cropped weird on this page, but I hope you'll think the photo is worthy...)