Revelations of symmetry: the hidden surreal...

As I wrote about in last week's post, I took my iPhone with me on my weekend morning run--glorious autumn in Sabino Canyon...

...Later that evening I was playing around with a couple of the scenes--turned one into a black-and-white, and then thought it might be fun to 'mirror' the black and white version, lining it up with the original color photo; below is the result: 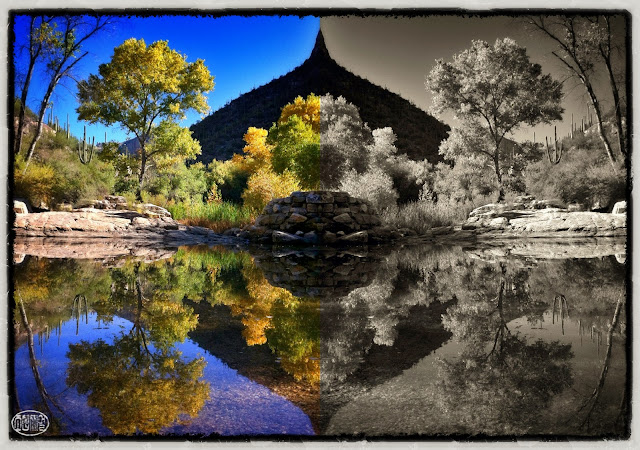 A bit trippy; I was pleased with how it turned out.

So, the next day, while on my lunch break, I thought I'd play around with 'mirroring' another photo--from a recent trail-run into Bear Canyon. When I finished flipping the photo and placing it next to the original, I was surprised by what I saw staring back at me: 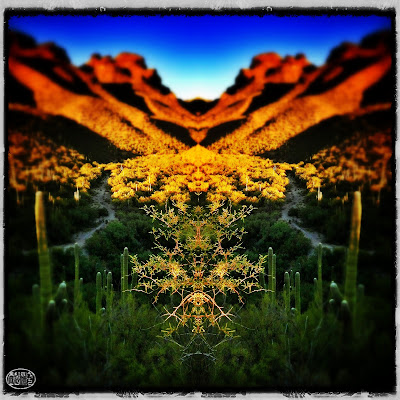 So then--back to a reflective landscape from Sabino Canyon--
cottonwoods glowing under the desert sun...
I was floored by the result: 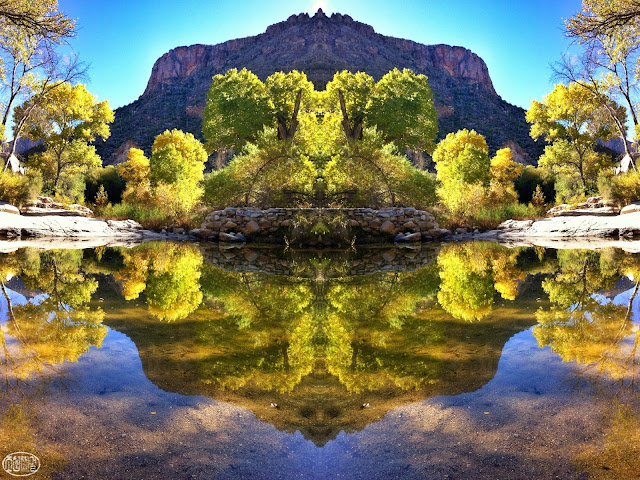 Whoa.
That face at the bottom...
With its enigmatic Mona-Lisa-smile--
serendipity of underwater undulations in the sand and gravel...

Onto a monsoon downpour over the desert--
vague notions of a UFO in the sky;
weather marching ominously over the saguaros: 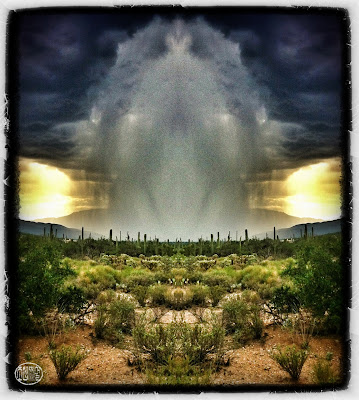 From the Sonoran desert to Seoul--from landscapes to architectural details--the roof of the Throne Hall of Gyeongbok Palace--flipped on its side and mirrored: 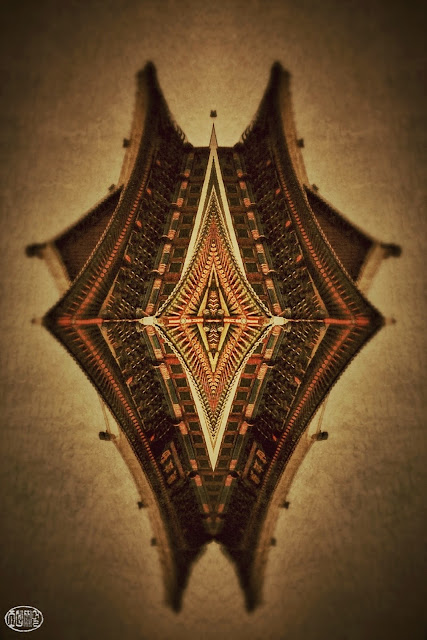 And then from the traditional to the post-modern, still in Seoul--Daniel Liebeskind's "Tangent" (HQ for Hyuundai Development Company), "cubed:" 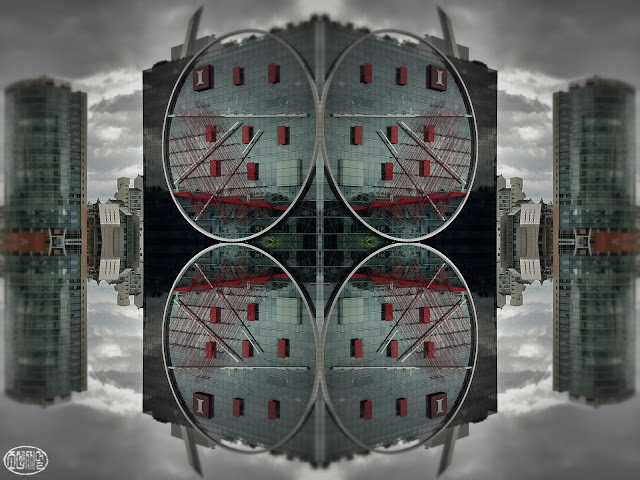 ...back to landscape.
Can you recognize where this melting scene comes from? 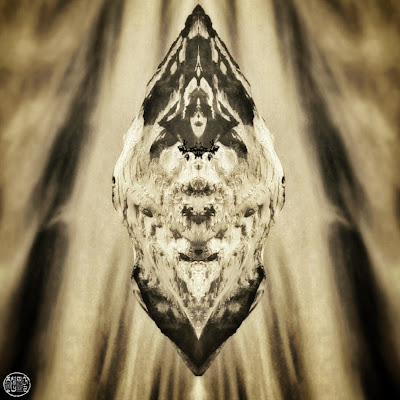 (Is that a rock-star's face in the middle?)
Mt. Rainier.

The idea of faces--I went back to my Sabino Canyon landscape with the eerie face--decided to triple it: 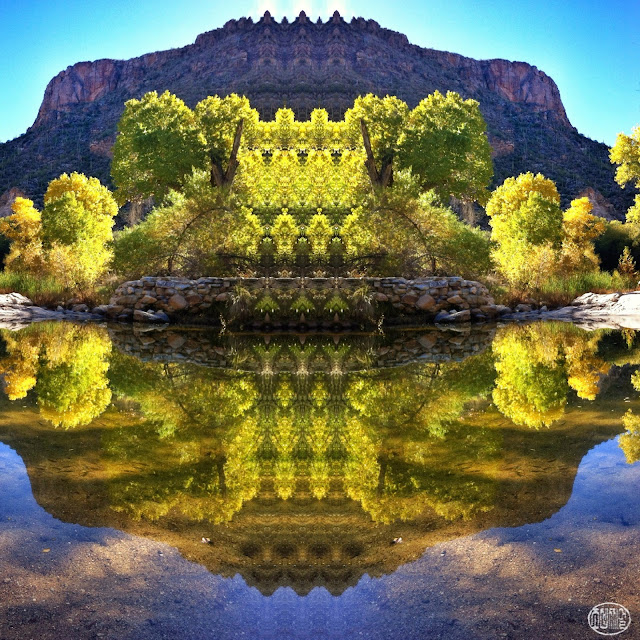 Without getting overly theological,
it's interesting to see a trinitarian head appear where,
in nature, there's nothing...

Back to Seoul:
a floating roof,
guarded by two 'haetae:' 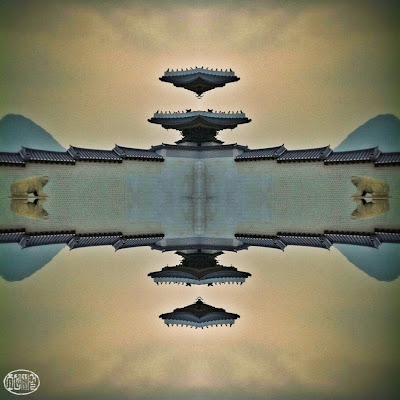 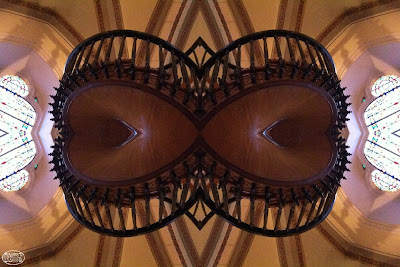 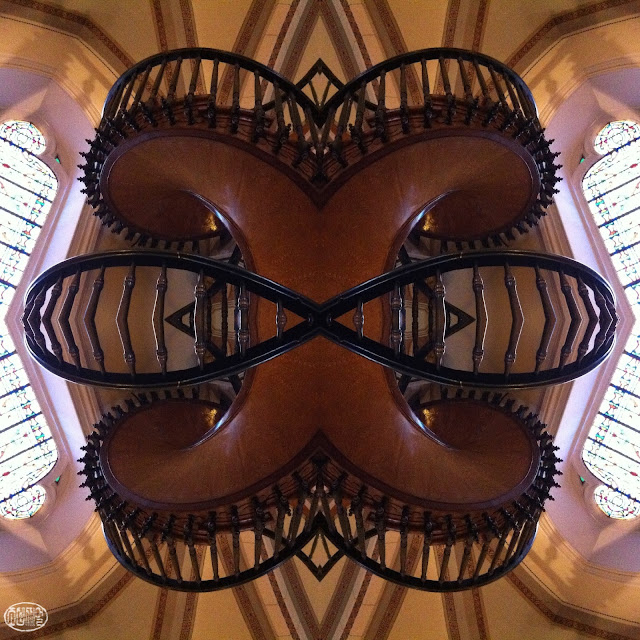 Radial symmetry can be hypnotic.

Some sculpture--the 'tree of hearts' on a jetty jutting out into the Sea of Japan,
in Sokcho, along the NE coast of S. Korea: 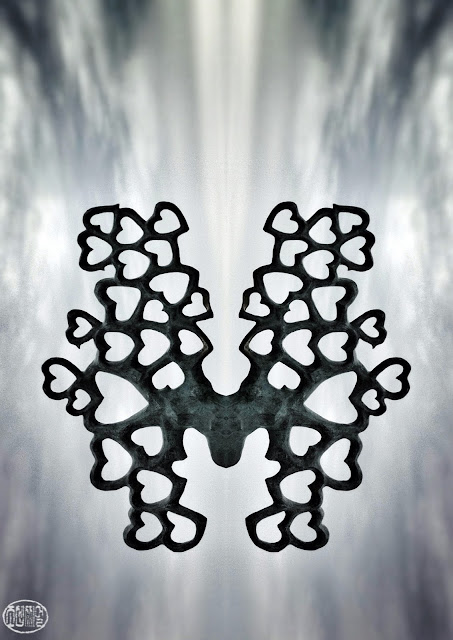 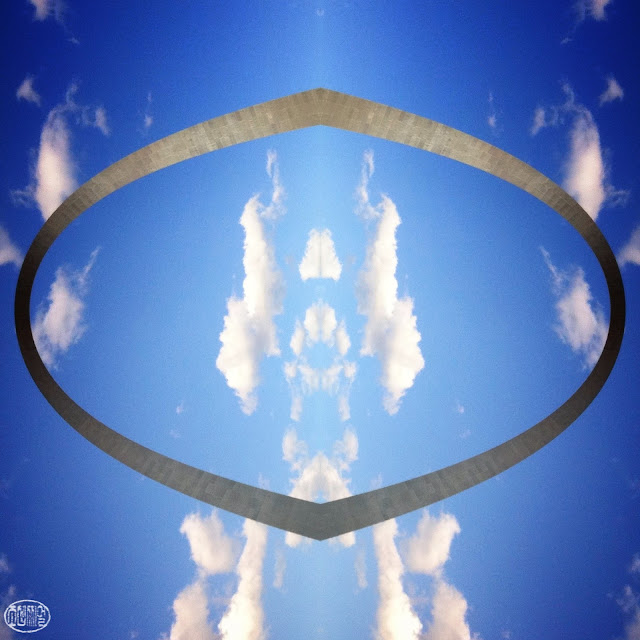 The 18th-century San Francisco de Asis adobe church in Taos, NM
transforms into an evocation of a moai head from Easter Island, no? 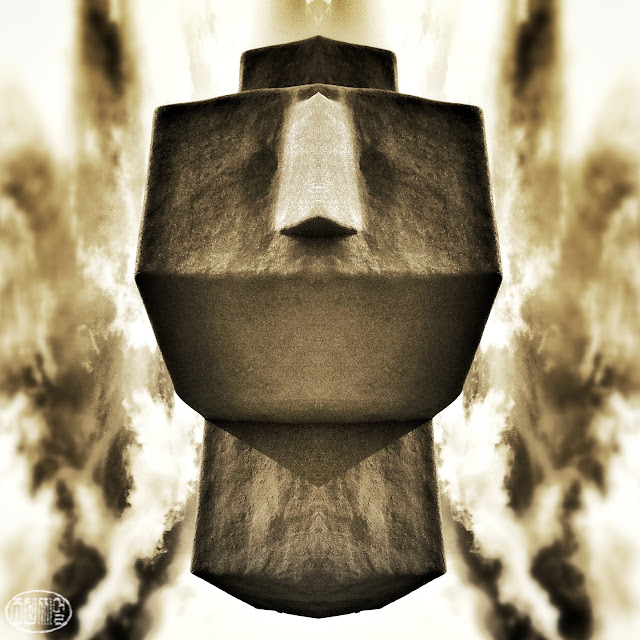 And now, back to Tucson for something from just a few hours ago.
With some out-of-town friends, we went for an evening walk in Sabino Canyon...this time, my eye looking for shadow-and-rock jutting into the sky, wondering what symmetry will reveal...Below, a before-and-after comparison of a mountaintop: 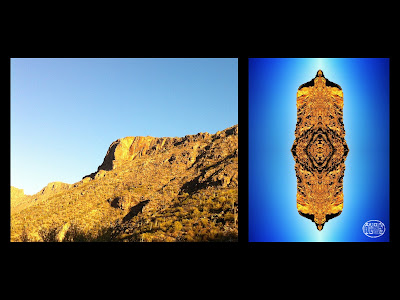 And here's a close-up of the cropped-copied-and-rotated end-result: 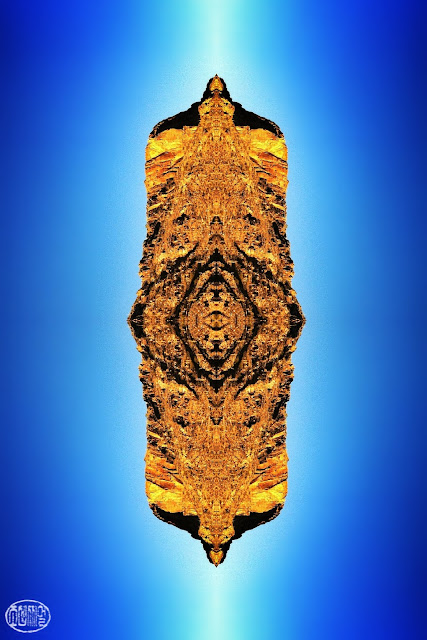 To conclude,
a couple more scenes from Seoul--
Korean architecture just seems to lend itself to
this kaleidoscopic treatment: 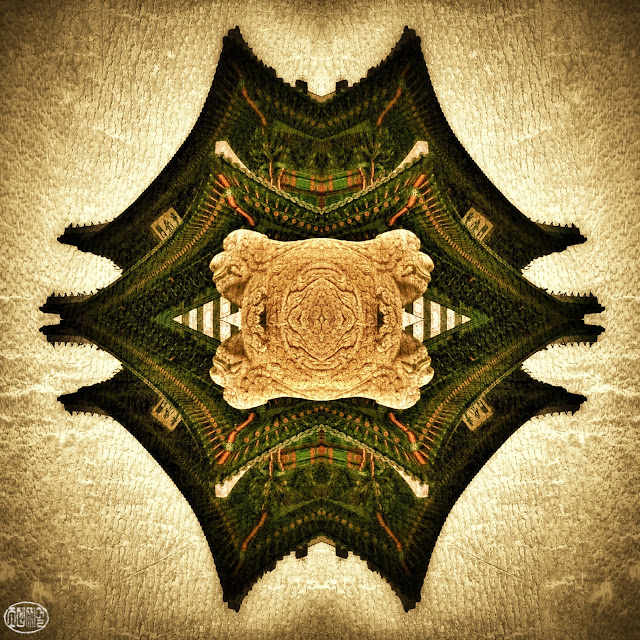 --one of the stone 'haetae' (mythical fire-eating dragon-dogs) guardian statues in front of Gwanghwamun gate, the main ceremonial entrance to the Joseon-dynasty-era Gyeongbok Palace, in the center of Seoul.

And finally, more intricately painted eaves, coming at you from the night sky... 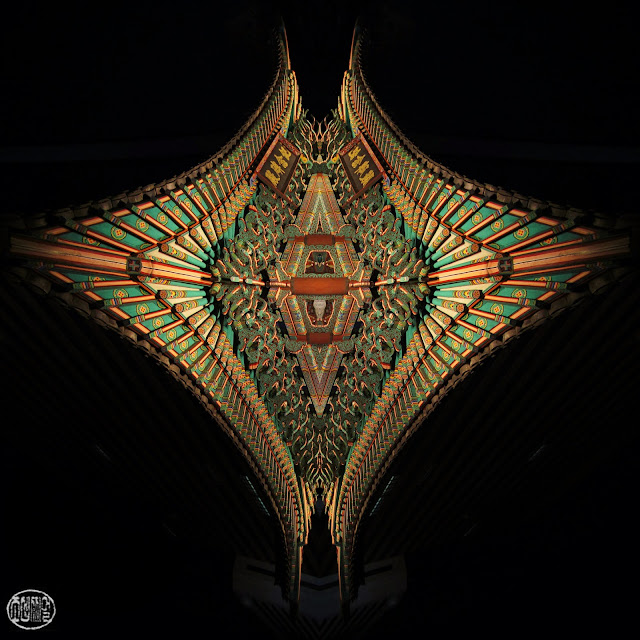