from the whiteboard: today's linguistic epiphany

Earlier today, a student of mine, unbidden, wrote this on the board in my classroom: 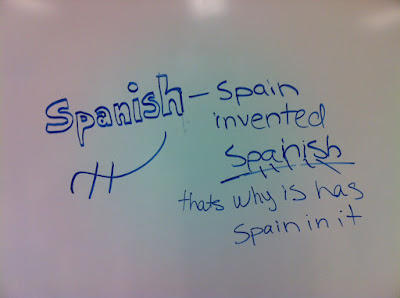 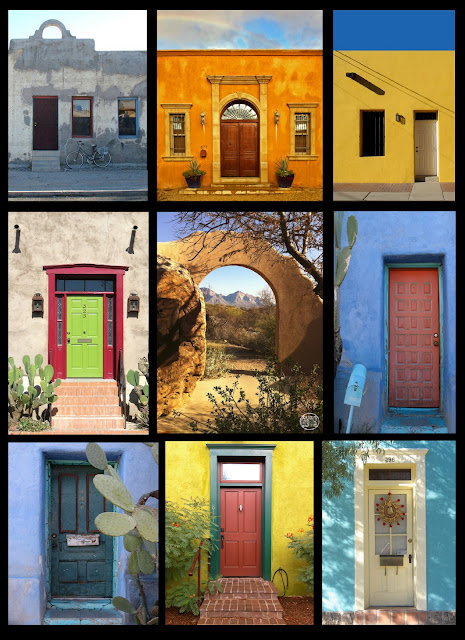 Desert Doorways: Tucson's Barrio Viejo
On the western edge of the city is "Old Tucson," the tv/movie set theme park of ersatz wild west streets. But the REAL Old Tucson is here: just south of the downtown core, full of preserved and restored adobe houses.
The Hohokam and Tohono O'odham peoples lived in this area long before Europeans arrived. The year before The Declaration of Independence was signed on the other end of the continent, the Spanish set up a presidio here. By 1821, this outpost became a Mexican settlement; it wasn't until 1854, with the Gadsden Purchase, that Tucson became a U.S. territorial town.

As with most western U.S. cities, strip-malls that could be from anywhere can sometimes detract from the mountainous setting...but seek history and you shall find; colors and stories in the desert abound.
When I first walked around the Barrio Viejo, I almost felt as if I were in a Mediterranean village...later, I came across this description, written by a Dr. J.H. Robinson of Columbia University, who visited Tucson for the first time in the 1930’s: 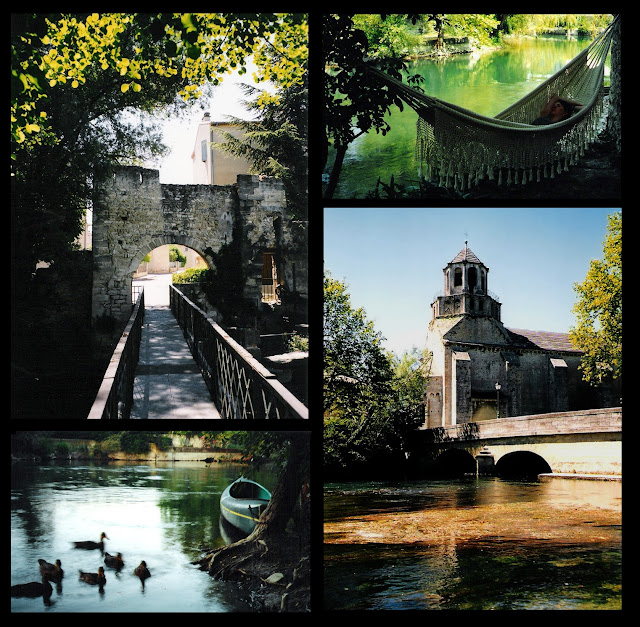 ﻿
Communing with ducks on the Sorgue

Ahh, to lie in a hammock on a summer afternoon in the South of France...
My wife and I had gone to visit friends who lived in LeThor, a town of a few thousand on the banks of the Sorgue River in Provence. (Between the very visited cities of Avignon and L'Île-sur-la-Sorgue, Le Thor is a quiet gem.) Their house was built into the medieval wall, just around a bend in the river from a 12th-century Romanesque church. We rowed a bit in the shade of plane trees, ducks for company...
In between the wall and the river, just enough room for a hammock, a table and four chairs--des olives, du pastis, and la sieste: perfect...
====================================

Sedona: into the elements...
Color, shape, naked geology--Northern Arizona appeals to senses in the most elemental ways. Agnostic hikers, secular scientists, souls searching for spiritual energy--all end up in Sedona, seeking and finding.
Mid-week in this red-rock country, we found a few days of calm--early morning trails around town, afternoons in galleries seeking shelter from summer thunderstorms. Weekends bring crowds from Phoenix, just two hours to the south, but away from pavement, you can still get away, going into the elements.
Posted by J. Cyr at 4:32 PM