Tired but wired; bear with me...

Having a glass of milk late on a schoolnight...

...after an evening of stimulating conversation with some friends, I am trying to wind down...(Did you know that studies show that actively meeting and greeting people can affect the brain in a way similar to caffeine?)

A couple of nights ago, we came home to a desert full-moon, so I thought I would try the elbow-tripod method again while zooming; not professional, but not bad for a camera on a semi-automatic setting: 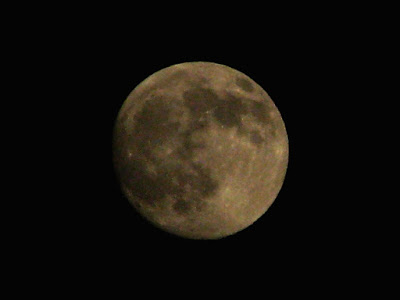 Only a few more days until the autumn equinox: the light is already noticeably different; here in Tucson I gauge it by how much of our front patio is in the shade in the afternoon. The sun is definitely lower in the sky. Although the thermometer is still in the upper 90's each afternoon, the angle of light makes everything look more like fall, although the mountains' lower slopes are still wearing a light coating of green from this summer's monsoon rains...

I found this diagram--the green path shows the path of the sun in Tucson on the summer solstice, the orange line is on the equinoxes, and the blue line is the winter solstice--and sunset and sunrise times, along with height in the sky are also indicated; handy, eh? 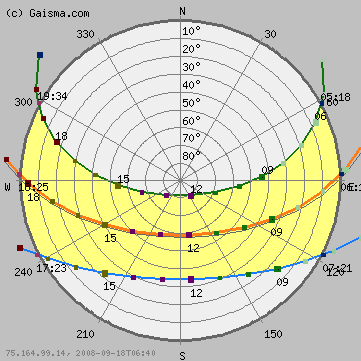 (click here for the website where you can get this sort of nerdy diagram for almost anywhere in the world.)

When I first moved to Seattle, in the late-summer light, clear over the Cascades--it was all so bright; the darkness of winter seemed impossibly far away...

A couple of years ago, when we moved back to the U.S. from Nicaragua, on one of those gorgeous September days in the Northwest that can make you almost forget the months of dreariness just about to descend upon everything, we went to Mt. Rainier for the day. (Now that I think about it, that was the last time I went to Mt. Rainier.) Here are some photos from that day:

--some fireweed by the highway that heads down to Yakima: 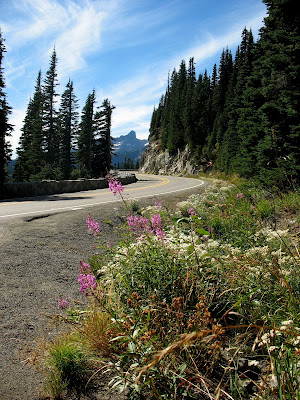 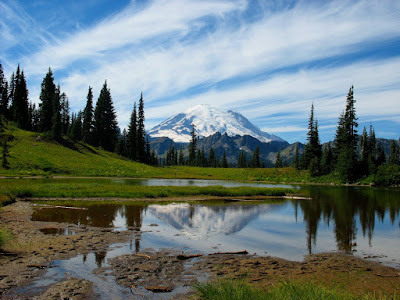 Here in Tucson, no glaciated vistas at hand...but September is nice.
Evenings are ankle-bitten, due to the remaining few monsoon-mosquitoes buzzing around,
but the desert still has a few wildflowers, especially the remaining barrel-cactus blooms: 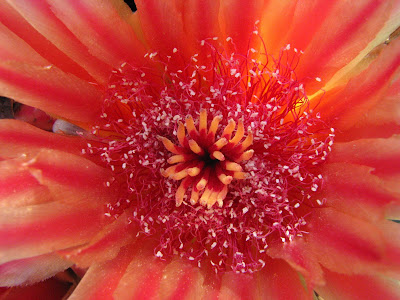 The other evening, we drove out to Saguaro National Park east; my wife wanted to see this 20-mile-loop route that I've been biking with a few other guys on Saturday mornings before sunrise...("Is it really real? does he really do that?" she's probably been thinking...)

And that's where we saw these blooms. 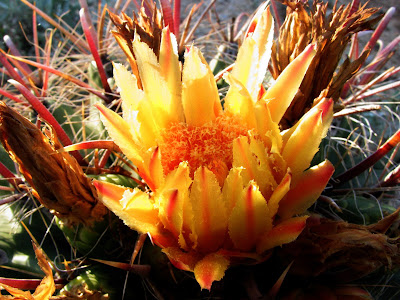 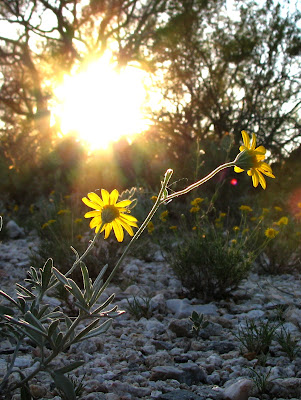 ...from there you get a clear view of the entire Tucson basin, including looking south to the Santa Rita mountains, behind which lie the mile-high Sonoita grasslands that have become southern Arizona's 'wine country' in the past couple of decades...

=============
And to continue this tired-but-wired kick, (I am finally winding down; my pillow is beginning to call me), I found few more photos that I realize I hadn't posted.
Back in early June, I got a new camera. It's not quite a fancy digital SLR 'semi-pro', but it's in-between a point-and-shoot and the big-boys. It's plenty of machine for me, for now. It was a step-up from the 5-megapixel Canon I got in Guatemala back when we still lived in Central America. And on the first morning after I bought the camera, I woke up early and went to Sabino Canyon for a short hike to try it out. Here are a few photos from that morning:
--in the midst of the saguaros, one Parry's agave (more commonly called the "century plant;" it blooms once, spectacularly, and then the plant--usually a few decades old--dies): 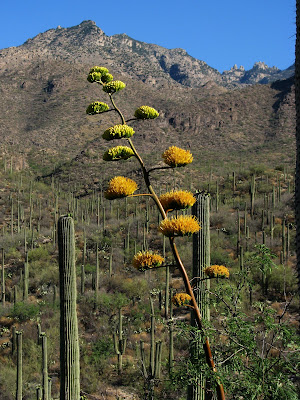 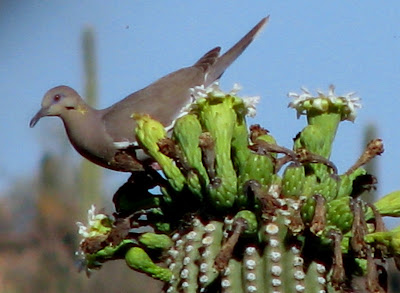 --the crazy fused arms of a cristate saguaro: 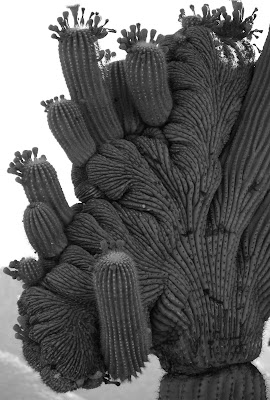 --zooming high, a bumblebee pollinating a saguaro bloom, 30 feet up in the air: 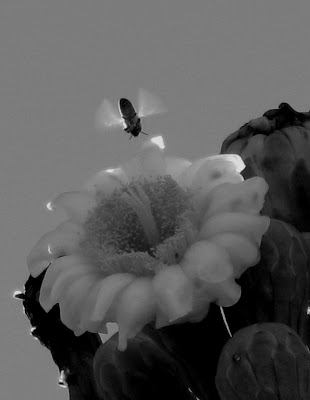 Finally. The glass of milk and photo-sorting have had their effect: to bed.